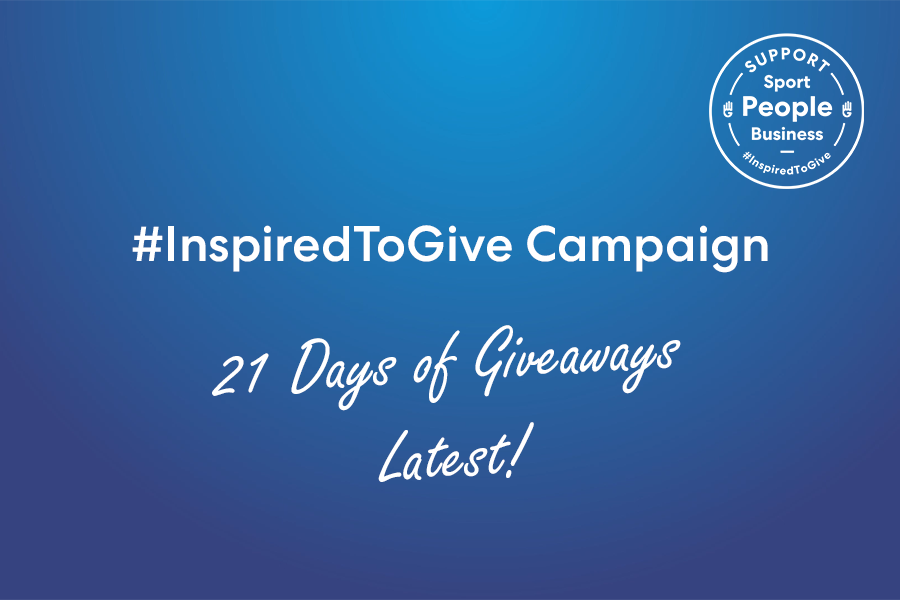 During the challenging times brought about by COVID-19, GiveToLocal wants to be a beacon of positivity for community sports clubs as we look towards the future.

Our #InspiredToGive campaign is designed to bring together grassroots sports clubs and local businesses, so that our communities can survive and thrive.

Throughout the campaign, GiveToLocal is working in partnership with a number of national businesses including kit supplier Kitlocker, payments provider GoCardless and digital healthcare company Sleepstation.

And community sports clubs across the UK have flocked to GiveToLocal’s social media channels in a bid to land cash prizes and vouchers.

Clubs across the UK have already benefitted from the outset of the 21-day initiative, with plenty more yet to come.

And one of the lucky clubs boosted by an early giveaway was Coxhoe United YFC, who received £1,000 courtesy of Newcastle United goalkeeper Rob Elliot.

“We were absolutely thrilled by the giveaway,” said David.

“Sarah Craggs, whose post was chosen, sent me a message to say we’d been selected and we’re all just delighted. It went on our Facebook page as well and everyone was over the moon.

“To be able to have some additional funding during these challenging times is absolutely brilliant.

“We’re very much a community club and we’re currently doing quite a bit to help out foodbanks with donations. The £1,000 is going to help us greatly.”

And Coxhoe United aren’t the only football club to have benefited already from the 21 days of giveaways.

As coach of the Under 14s, Chloe puts her all into trying to give her team the best opportunities possible.

And Marie admits she was overwhelmed when she heard that she had secured the club a £250 Kitlocker voucher.

“I’m over the moon to have been picked for the giveaway,” said Marie.

“My daughter Chloe actually runs the team and she was looking at getting the girls some training kits for when they return to action.

“Obviously, at this time, funding is really hard to secure and being able to get sponsors on board is also difficult.

“To be able to help her out is brilliant.

“Chloe works so hard - even outside of the football - trying to find funding for her players.

“She even takes them away every year so the giveaway will give her a little bit of relief and help.”

Other sports are also benefiting from GiveToLocal’s 21 days of giveaways.

Following the organisation’s move to support eight additional sports, GiveToLocal is looking to help as many community clubs as possible during these unprecedented times.

And Gordon Knight, of Kirkcaldy Rugby Club, said that they were thrilled to have secured a £100 Kitlocker voucher courtesy of the 21 days of giveaways.

“The voucher will be a fabulous opportunity for us to be able to refresh our kit and equipment when the new season dawns,” said Gordon.

“The boys are really excited to see what we can spend it on!

“This is the first time we’ve been involved in with something like GiveToLocal and we thought it was a fabulous idea.

“The whole system of encouraging sport, participation and generosity was what drew our attention to it.”

And with £500 and £1,000 cash amounts up for grabs tonight and a £2000 giveaway being launched, the giveaways show no signs of slowing down.

For more information on how you can get involved with GiveToLocal’s 21 days of giveaways, visit the GiveToLocal Facebook page: https://www.facebook.com/GiveToLocal/