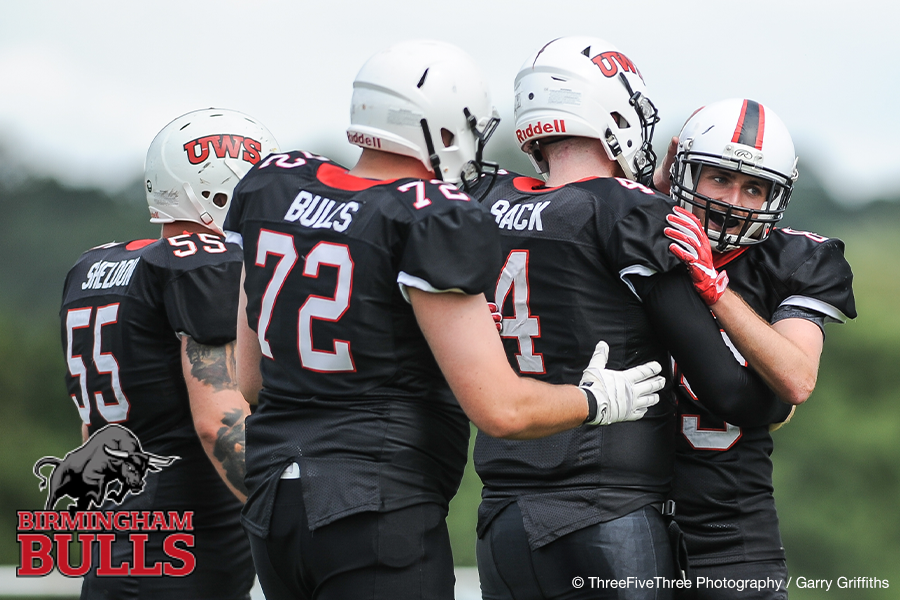 A game for the ages. A matchup between two of the NFL’s most storied franchises.

But away from the drama, glitz and glamour of that famous showdown, Stephen Stoakes remembers the game for a different reason.

“My first involvement with American football started in the late 90s,” explained Stephen.

“I used to go around to my neighbour’s house and his big brother was an avid San Francisco 49ers fan. He was watching a game and I remember them playing against the Green Bay Packers so naturally, I chose to support the opposition.

“Ever since that day, I’ve been a fan of American football.”

Once he had settled on his team, Stephen’s fandom then shifted from viewer to player after he joined his university club in 2003.

And he believes that it was his student days that deepened his love of the sport.

“I went to university in 2003 and I found out that there was an American football club,” he added.

“So I decided to sign up and join the Leeds Celtics.

“I just loved the sport and it taught me so much.

“From that moment on, I was absolutely hooked - even more than I was before.”

Nowadays, you can usually find Stephen roaming the sidelines of the UK’s longest running American football team, the Birmingham Bulls.

And after joining as a player in 2014, the now club chairman believes that the sport has a lot to give communities.

“From my perspective, I’ve learnt a lot from American football,” explained Stephen.

“It’s taught me a lot about leadership and communication because obviously everyone has their own unique role during the course of a single play.

“I think one of the other things that the sport is really good for is helping people’s mental health and wellbeing.

“We have our own mental health charter which we put together as a club. That’s definitely something that’s really important to us.”

When the COVID-19 pandemic hit the UK, no one could have foreseen the impact it would have on grassroots and community sport.

Whilst the British American football season traditionally starts in March, coronavirus led to the enforced shutdown of leagues across the country.

And while Stephen acknowledged that lockdown has been a challenge for himself, his teammates and the club, he can’t wait to return to the hustle and bustle of the gameday sidelines.

“I’m sure a lot of clubs will agree. You go from training up to three times a week to almost nothing in the space of days.

“To lose that camaraderie and those close bonds and friendships that we’ve all built was hard. We went from having a squad of 60-odd players that suddenly weren’t meeting.

“We’ve been having regular Zoom calls to try and keep everyone engaged alongside some online training to keep people active. At the moment, we’re training in small groups too.

“It’s hard but we’re trying to follow the current guidance to the letter of the law and hopefully we can get back to playing our sport in the near future. I can’t wait to get back to it!”

This week, GiveToLocal announced a new national partnership with BAFA, the governing body for all American football across Britain.

And after seeing the announcement of the partnership, Stephen and the Bulls registered their interest in GiveToLocal.

“I think GiveToLocal can be something that will help clubs raise funds,” he added.

“We don’t want to miss out on an opportunity to secure additional income.

“People don’t usually miss a pound here or there.

“But when you’re asking say 100 people each for a couple of pounds, that could potentially build up into a nice pot that we could use to spend on new equipment or kits.”