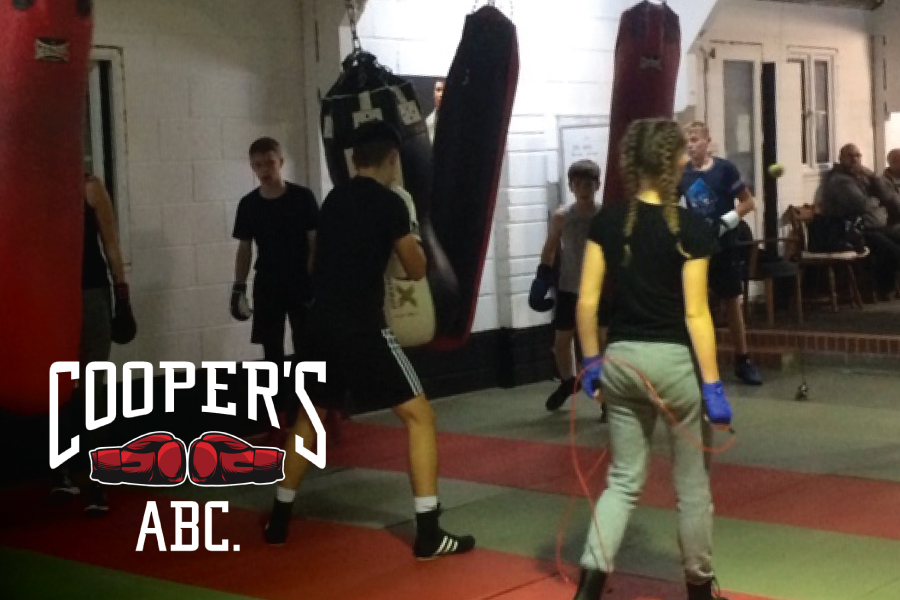 Boxing clubs across the UK have taken a hit during the coronavirus crisis.

The doors have been locked on hundreds of gyms.

Fights have been cancelled and thousands of boxers and their coaches have been forced to train remotely.

But at Cooper's ABC, a dedicated committee and a team of volunteers has turned a crisis into an opportunity.

And the Hampshire club has triumphed in the face of adversity to complete the remarkable transformation of a derelict barn into a state-of-the-art facility.

“We got the roof finished a couple of weeks ago and we’ve managed to release the last block of funding.

“It’s been a long process but it’s going to make a huge difference to the local community.

“During lockdown we’ve been able to get work done with socially distancing measures in place.

“And it hasn’t just been the trades.

“We’ve had families and those in bubbles going in and doing painting as and when they can.

“Everyone has pulled together. It’s been grassroots sport at its best.”

Former professional fighter Danny Cooper founded Cooper's ABC in the mid noughties and moved from his garage to a deserted barn in the New Forest in 2006.

Danny paid out of his own pocket to have the open-air cattle barn bricked up and enclosed but it took Vanessa’s intervention to take the popular community club to the next level.

“My daughter Olivia joined the club a few years ago but at the time my son was diving at quite a high level,” she explained.

“It was only when he picked up a wrist injury and was forced to give it up that I was able to focus more on Olivia and what was happening at Cooper's.

“I realised that there was an opportunity to improve the facilities but Danny just didn’t have the time to focus on the non-boxing side of things.

“I’d been involved in fundraising at my son’s diving club and offered to help.

“I approached a few places and we managed to raise enough to buy some new bags. After that we looked further afield.

“Thanks to the support of Avoen Perryman, England Boxing’s Southern Counties Club Support Officer, we were able to secure a Sport England grant.

“The money from their Community Asset Fund allowed us to begin the full refurbishment of the barn.

“We’ve got a new insulated roof a new heating system - it’s been freezing in there for years!

“And in a few days the new floor will be down. It’s been quite a journey but it’s been amazing to see.”

Vanessa became aware of GiveToLocal via Facebook and pre-registered Cooper's earlier this year.

“At the time boxing wasn’t one of those sports being supported by GiveToLocal but we were told that it was on the cards,” she added.

“Everyone was delighted when we saw the service had been opened up to another four sports - including boxing - last month.

“We’re finalising our registration now and looking forward to generating additional funding for the future.”

And she shares Vanessa’s conviction that the sport continues to play a key role at the heart of communities across the UK.

“GiveToLocal can help us to ensure that we continue to support boxers of all ages and abilities and from every background,” added Vanessa.

“Thanks to the refurbishment we’re in a position to add an academy structure to our regular training sessions.

“And we were about to introduce Golden Gloves sessions for older boxers before lockdown.

“We were also planning a summer camp for kids who would normally get school lunches during term time.

“It’s called Lunch Box and we’re waiting to see whether that can still happen later this summer.

“GiveToLocal can help us to do all of this and more.

“We’re always looking to raise extra money for our hardship fund which allows boxers to train and compete even if they can’t always afford it.

“Danny will never turn anyone away. We’re here for everyone and always will be.”

Cooper's has been engaging with members throughout lockdown thanks to weekly training sessions via video link.

And Vanessa can’t wait to see a return to business as usual - with a brand new gym to boot.

“As a parent of a teenage girl who’s been boxing for a few years now I can’t over-estimate just how important clubs like Cooper's are,” she added.

“Olivia is pretty smart and organised but boxing has given her a focus and a discipline.

“She was the first girl that Danny took on and it wasn’t easy for her in the early days.

“But she got her head down, worked hard and made an impression.

“Olivia loves being part of the club and boxing with the boys. She feels part of the Cooper's family.

“Kids need something to be part of - now more than ever. And boxing brings together such a diverse range of people from across the community.”

For more information on Cooper's ABC visit their Facebook page.