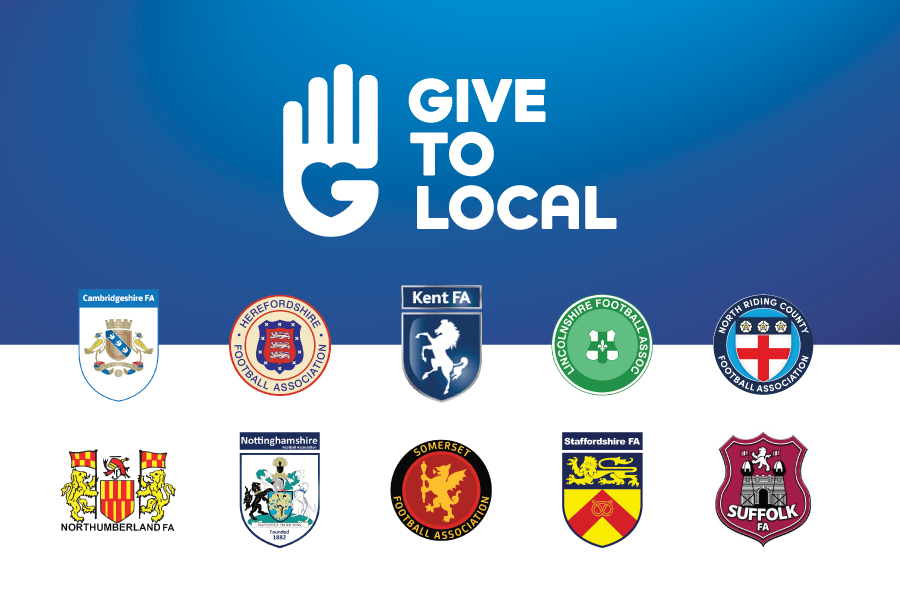 GiveToLocal’s 10 current county Football Association partners have thrown their weight behind the organisation’s efforts to run a number of interactive webinars.

Throughout July anyone connected to a grassroots football club, that is affiliated to one of our county FA partners, will be able to sign up for one of many free interactive webinars.

With more than 45,000 teams registered across 15 sports, GiveToLocal aims to help put £10m into community clubs across the UK by connecting local sport with the people and businesses within their community.

The ‘Introduction to GiveToLocal’ free webinars explain how grassroots football clubs can secure £2,000 per year for each of their teams through GiveToLocal’s innovative service.

Alongside the county FA webinars, GiveToLocal is also running a number of additional webinars for the other clubs outside of those FA areas and in the 14 sports that the organisation supports.

One of the county FAs backing GiveToLocal’s webinars is Cambridgeshire FA.

And CEO Joanne Bull believes that GiveToLocal has the power to build and support community sport.

“I think GiveToLocal is a great initiative,” said Joanne.

“I love the way that the concept is centred around the club itself and the wider local community - rather than simply encouraging interaction with no attachment to either.

“It has the potential to be able to build up communities and I like the way that local businesses are also able to offer targeted discounts to their community.

“The model that GiveToLocal have built goes full circle and I really love that aspect of it.”

And Joanne’s words were echoed by Suffolk FA Football Development Manager Jodie Allard, who believes that GiveToLocal can help clubs through the turmoil brought about by COVID-19.

“Grassroots clubs are pivotal organisations within their local communities, often supporting hundreds of local people to be active,” said Jodie.

“Just like grassroots football clubs, GiveToLocal encourages communities to work together to support each other towards a shared cause.

“The reduction in on-field activity does raise the importance of alternative income streams such as fundraising tools like GiveToLocal.

“In terms of safeguarding the future of football clubs, we believe that GiveToLocal can provide valuable support for clubs to achieve this.”

And GiveToLocal’s Director of Strategic Partnerships, Colin Stromsoy, is excited by the potential of webinars focused on setting clubs on their way to securing £2,000 for their teams.

“We're delighted to be working in partnership with the county FAs to help clubs across their county secure much needed funds,” said Colin.

“As part of our commitment to our partnership with the county FAs, we are hosting webinars throughout July.

“With the support of these county FAs, we’ll explain how GiveToLocal works and how it can help all clubs and teams develop sustainable, long term funding.”

To register for a county FA promoted webinar click here