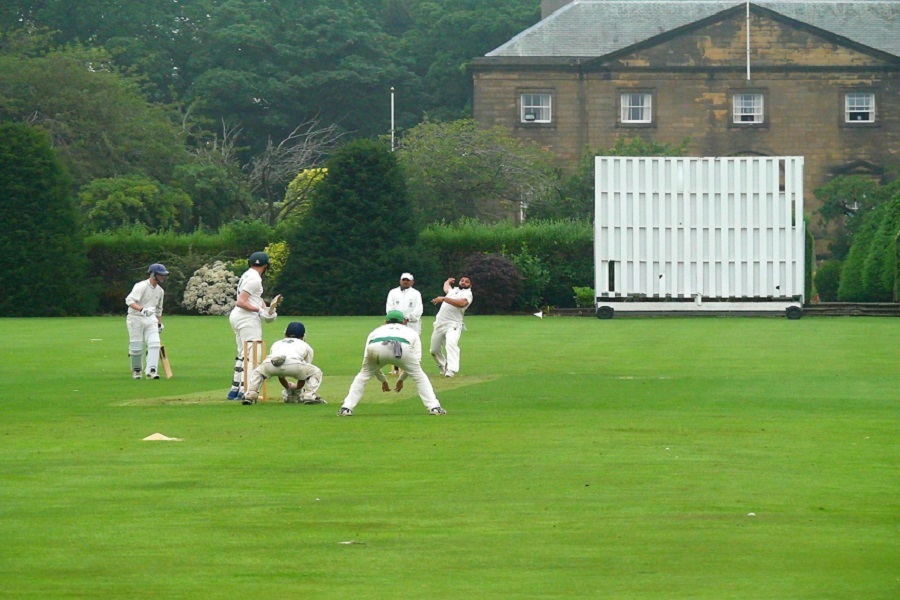 Cricket clubs across the country are signing up to GiveToLocal’s revamped service following the launch of our #InspiredToGive campaign.

And Backworth CC, based in North Tyneside, became one of the first cricket clubs in the UK to register - applying within minutes of the #InspiredToGive campaign going live.

“We’d seen how GiveToLocal had worked with Blyth Spartans Juniors football club to increase their monthly income and thought ‘that could be us’,” said Junior Coordinator and committee member James Morgan.

“When we were told that the service was being opened up to eight more sports - including cricket - we saw an opportunity to get involved.

“We are very fortunate that we have the support of a number of trusted sponsors and their backing is vital to what we can offer within the community.

“But beyond that, most of our fundraising relies on the generosity of members and their friends and families.

“If we can take the burden off people who are already paying subs and match fees - and reach out to potential donors and sponsors elsewhere - that has to be the way forward.

“We have a wide network of friends and former players all over the world and they are always looking at ways to stay in touch or reconnect and support the club from afar.

“GiveToLocal is the opportunity to do that and, at the same time, engage with a growing community of families and small businesses around the cricket club.”

For almost 150 years it has been one of the most recognisable names in North East cricket and has produced a steady stream of talented young players via its thriving junior section.

That section has never been more successful as a result of rapid residential growth around Backworth.

And James added: “In normal circumstances we would have around 50 kids aged 5-8 attending our All Stars sessions this summer.

“After that they move into the Under 9s and we have Under 11s, Under 13s, Under 15s and Under 19s teams competing across the North East.

“We have around 80 junior cricketers playing at the club, not including those involved with the All Stars.

“We field four men’s senior teams and we were very proud to establish our first women’s team last year.

“Had it not been for COVID-19 the women would have been playing their first full season this summer.”

GiveToLocal has come at the perfect time for Backworth as the club capitalises on its position at the heart of a rapidly expanding community.

And James is keen to strengthen links with local business at a time when many firms are grappling with the same struggles faced by community sport clubs.

“Once the pit closed, as a small former mining village, Backworth didn’t have a large community on its doorstep,” he added.

“For many years we had to pull in players from across North Tyneside and Northumberland to bolster our ranks.

“In the last five years that situation has changed dramatically.

“Hundreds and thousands of new homes have been built within walking distance of the club and 90% of our junior members live within a two or three-mile radius.

“We work very closely with the local schools and have really pitched ourselves to be key players within the community.

“In that respect what we do allies perfectly with GiveToLocal’s service, its aims and ambitions.”

James registered an interest in GiveToLocal minutes after our #InspiredToGive campaign was launched.

And he added: “I’d seen a piece on the website with Harmy. He’s well known around here and has bowled out hundreds of Backworth players over the years!

“I was interested in what he had to say and then a day later I was made aware of the launch.

“Scott from GiveToLocal called me after I’d registered Backworth’s interest and he answered just about every question I could think of!

“It took me less than a minute to register and the service after that was brilliant.

“Now we’re just waiting for the next step and looking forward to being able to access the app and get going.”

Neil Gardiner, Chief Executive of GiveToLocal, added: “It’s exciting to be able to open up our service to sports including cricket.

“We’ve proved that we can make a difference with grassroots football and now is the time to start helping other sports and local businesses.

“Steve’s support has been vital - he’s such a popular figure and a familiar name within cricket and it’s great to have him on board.

“I’m delighted Backworth have chosen to join the GiveToLocal family. They’re a cracking example of a club that’s been embedded in the local community for generations.

“Listening to James it sounds like the club has a very exciting few years ahead of it and I can’t wait to see them grow.”