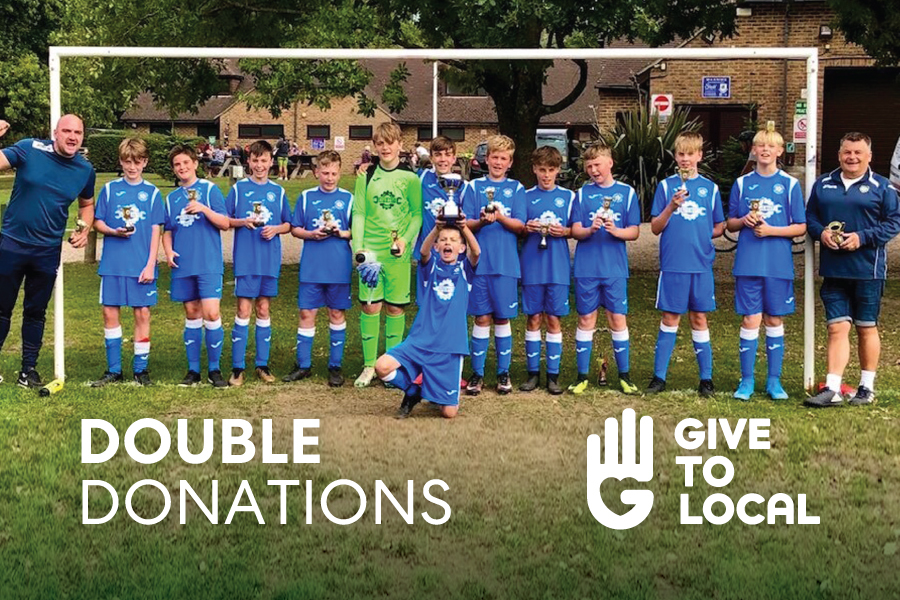 Clubs across the country are celebrating an early Christmas present after GiveToLocal doubled their donations for November.

And we responded by pledging to double all donations in November in a bid to go some way towards softening the financial blow caused by further restrictions.

The additional funds were deposited into the accounts of GiveToLocal clubs earlier this month.

“The doubling of donations has been a godsend for us as a small club,” he admitted.

“The latest lockdown meant we couldn’t run our Christmas raffle this year and that’s always raised vital funds at the end of the year.

“So the timing of GiveToLocal’s double donations was fantastic.

“The additional money will enable us to build for next season much earlier than we could have expected.

“We’ve already identified new goals for our expanding junior section and everyone’s over the moon.”

The treasurer of Hampshire’s Liphook United admitted his club was facing a significant shortfall from lost income due to last month’s lockdown.

But Liphook head into this week’s packed fixture list full of confidence and in a position to cover December’s costs thanks to GiveToLocal’s gesture.

“In normal circumstances our clubhouse is a hive of activity and the heart of Liphook United,” said Jules.

“It’s where everyone congregates before and after matches and on a Saturday it would be buzzing.

“We normally do a roaring trade selling food and drink but of course that all stopped again last month.

“We had nothing coming in and yet we knew we’d have the usual admin costs to pay once community sport was allowed to resume.

“The double donations pledge means we’ve got the money in the bank to pay all of the referees this weekend and we’ve got seven games to cover!

“GiveToLocal has been fantastic for Liphook United so far and this is yet another example of how supportive they’ve been to community sport clubs this year.”

And Neil Gardiner, CEO of GiveToLocal, said: “It’s something we wanted to do and I’m so glad we did it.

“It’s heart-warming to hear from Dan and Jules, as well as clubs from across the country, as it helps our team to understand how what we do is making a real difference.

“Community sport has had it tough in 2020 but I think everyone’s feeling more positive about next year.

“If this gesture provides GiveToLocal’s clubs with any additional comfort at all to build on for 2021 then that’s the least we can do.”