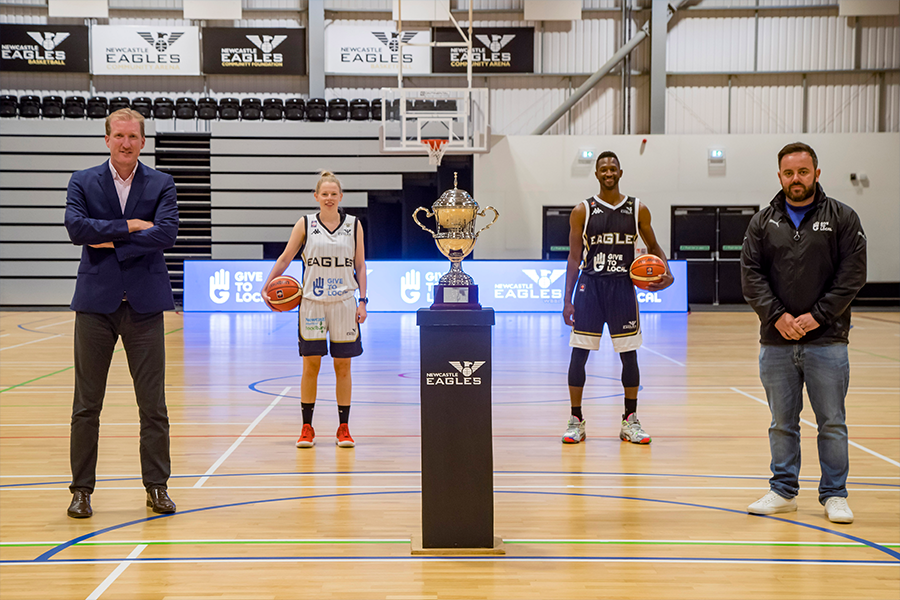 In the week that GiveToLocal officially announced its new partnership with BBL powerhouse Newcastle Eagles, returning guard Drew Lasker gave us an insight into how grassroots institutions shaped his career.

GiveToLocal: First of all congratulations on signing to stay with the Eagles for another season - your eighth on Tyneside. What is it about the Eagles that's made you so loyal over the years?

Drew Lasker: There are a lot of factors but the main thing is playing for an organisation with a winning tradition and also somewhere that really maintains its professionalism. You know, Newcastle Eagles is a professional club from top to bottom. And then the last part of it is just the people. The fans in the North East are great. They make us feel at home here. This is a place I just fell in love with over the years.

GTL: We’ve just announced our partnership with the Eagles and as an organisation we’re all about investing in grassroots sport. Rewinding back to your grassroots days in Texas, how important was basketball to you growing up?

DL: It was everything! You know, without basketball at a younger age there’s no telling what direction I would have gone in. I had some friends that kind of went in some opposite directions - getting in trouble - but basketball’s what kept me on the straight and narrow. It was my outlet, it was the place where I could express myself and it was everything to me coming up as a youth.

GTL: How important were grassroots institutions in helping you take that next step to becoming a pro?

DL: Playing at college, at Point Loma, and afterwards with Athletes In Action (AIA) provided me with the resources I needed to develop myself. Going from high school to college and being able to progress my career wasn’t easy and I needed support. Straight out of college I didn’t get a professional deal, so getting to play with an organisation like AIA gave me an opportunity to showcase my skills in front of professional coaches. That ultimately led to my first deal with the Plymouth Raiders back in 2005. So I’m very thankful for organisations, institutions - anything that helps with grassroots development.

GTL: If you didn’t have any opportunity to play basketball when you were younger, where do you think you’d be now?

DL: Man, you know what, my Plan B was that I did have my college degree to fall back on in some capacity. But, to be honest, during that time I was so focused on making this work. I sacrificed a year of my life by working part-time after I graduated college and continued to chase this dream. I was hell bent on becoming a professional basketball player!‍

GTL: How important is it for a community to be able to access sports facilities? ‍

DL: It’s important because, first and foremost, you’ve got to  have the resources - somewhere where kids can go and play. It provides structure to kids’ lives. Not only from a competitive standpoint but from a social standpoint. Think about fitness, wellbeing – there are so many aspects of grassroots programmes which play a pivotal role in developing youths’ lives.‍

GTL: Finally, if you could give some advice to young people making their first steps into the game right now, what would it be?‍

DL: Just have fun. You know, you’ve got to develop a love for the game. My love for the game turned into goals and aspirations but at the beginning it was all for the pure enjoyment and fun. So, I tell anybody out there, if you get involved with a sport make sure that you love it because if you do want to take it to a higher level you really have to love it! It becomes a grind - a constant grind of training, practice and developing your skills on an everyday basis. If you don’t love it then you’re not going to dedicate yourself to it and ultimately you won’t succeed. So make sure you love your sport and make sure you have fun.