Eagles Bring Chaos To May Madness 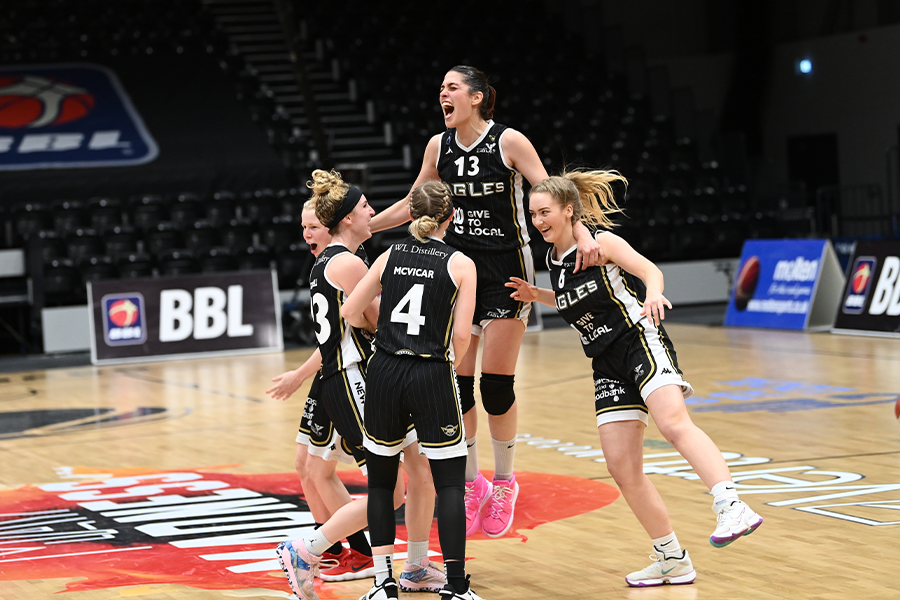 GiveToLocal partners, Newcastle Eagles, are in playoff action this month as May Madness takes centre stage across the UK.

And Newcastle’s women have captured the imagination of a nation after springing the biggest surprise in WBBL history.

No seventh-placed team in the history of the league has knocked off a second seed in the playoff quarter-finals.

But that’s exactly what the Eagles did last weekend to secure a semi-final spot against regular season champions Sevenoaks Suns on Friday.

“I don’t think anyone could have predicted that win and I don’t blame them!

“We were so poor across the final weekend of the regular season that nobody had us down to cause an upset.

“But this group of players continues to defy the odds and show incredible spirit.”

We joined a number of local businesses to boost the women’s programme in the midst of the pandemic.

And the WBBL has gone from strength to strength this season — triumphing in the face of adversity to lay the foundations for an exciting 2021/22 campaign and prepare for the long-awaited return of fans.

“It’s been an incredibly challenging season for everyone involved with basketball on and off the court,” said Neil Gardiner, co-founder and CEO, GiveToLocal.

“But anyone who has followed the Eagles WBBL story this season will know they’ve had to overcome more hurdles than most.

“It’s been an absolute pleasure to partner with Chris and the team and my only regret is that we haven’t been able to be there in person.

“What happened on Saturday night was the stuff of fairytales and who knows what could happen on Friday?”

Newcastle’s men get their own playoff campaign underway this week with a two-legged semi-final against old foes Sheffield Sharks.

The two teams clash at the Vertu Motors Arena in tonight’s first leg before the action switches to Worcester for the return tie on Thursday — with May Madness spread across three central venues this season.

Sky Sports is screening the best of May Madness action across its TV channels and every WBBL and BBL playoff game is free to view via the Sky Sports YouTube channel.