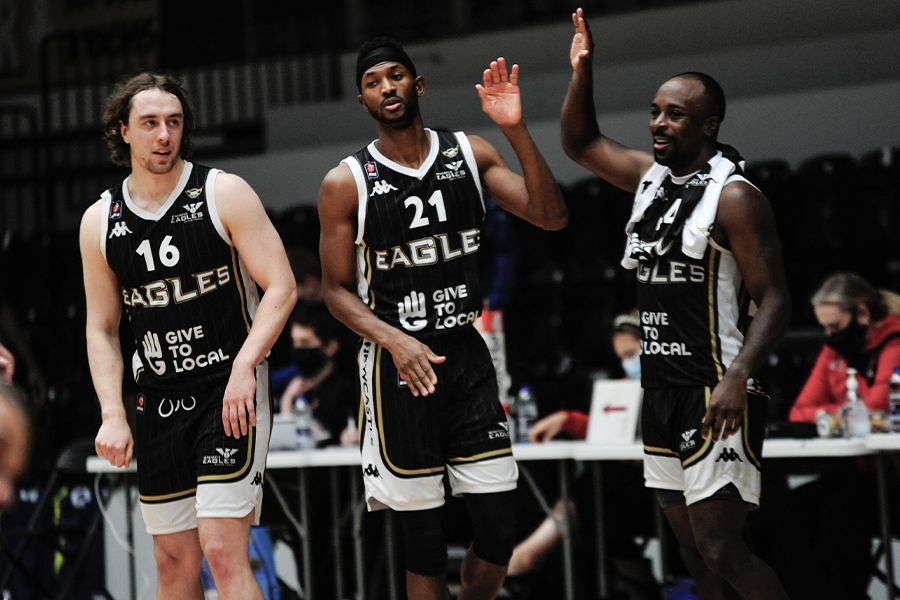 GiveToLocal: Did you always plan a move into the media in the twilight of your career?

Drew Lasker: To be honest, no! I’d never thought about moving into the media. I’ve always admired the profession from a distance but I never imagined I’d be able to do what I’m doing now. During lockdown everything just started to fall into place and I ran with it. I started off doing my own podcast through my own Media 21 company and, although I wasn’t really sure about it, I realised how much I enjoyed it. From there [former Plymouth player and coach] Jay Marriott contacted me and pitched The BBL Show podcast. It sounded great so I took it to the BBL and they said it was exactly what they were looking for.

GiveToLocal: And then Sky Sports approached you to co-host their new BBL coverage?

DL: Exactly! I’d developed a great working relationship with the BBL and through that I stumbled across the guys from Buzz16. They’d just been given the job to produce the BBL content on behalf of Sky. They thought I was pretty versatile and that’s what they were looking for. The fact that I’m still playing was an intriguing proposition for them and they offered me the gig. It’s a step into the unknown but I jumped at the chance. I have to give great credit to Newcastle Eagles coach Ian MacLeod and owner Paul Blake for allowing me to take this opportunity but they’ve supported me from day one. Once they gave me their blessing it was all systems go. I’m not exactly in the prime of my career and to be in a situation where I can transition into something new is incredible.

GiveToLocal: What fresh challenges do you expect to face?

DL: Only time will tell! I guess live TV is always challenging. With the podcasts I know I’m in a position to do edits if needed and doing pre-records is completely different. I’ve always had huge respect for anyone who can handle live TV and I’ll just have to learn fast. But I believe in myself and this time last year I was still new to podcasting. Look how that’s turned out! You never know what might happen unless you take the leap and jump into the hotseat. Look at coach MacLeod at the Eagles. He’d never been head coach of a professional team before and within a few months he was lifting his first trophy. He took his chance and it paid off. I’m confident that my experience of basketball and my work ethic will get me where I need to be.

GiveToLocal: Sky are launching this season’s coverage with back-to-back games at the Eagles Community Arena — are you going to be able to fulfil a dual role on and off the court?

DL: As it happens it works out perfectly. I’m going to do the pre-game and half-time show of the Cheshire/Sheffield game and that will take me through to 6pm. That’s normally when I’d arrive at the ECA for a 7.30pm tip so at that point I’ll link up with my Newcastle team-mates and go through the usual pre-game preparation for the London Lions match. It doesn’t alter anything apart from I need to remember to turn up at the ECA early! If I’d been offered this gig 10 years ago I probably would have turned it down as it might have seemed too much to handle all at once. But these days I’m a married man with a family, a business and a professional basketball contract! I’ve learnt how to compartmentalise things and I’m comfortable I can add the broadcasting into the mix.

GiveToLocal: How much of a boost is it to have the BBL back on Sky Sports?

DL: It’s huge. When people think about live sports coverage in the UK they think of Sky. It’s the home of the Premier League and so much more. It’s where British basketball needs to be if we’re going to grow the sport. In the past people have had to search for coverage of the BBL and it was pretty difficult to stumble across it. Now there’s a good chance people will switch on their TVs, see a BBL game in action and stick around to see what it’s all about. That’s what we need. Sky tell us that they have a loyal NBA fan base and it’s crazy that the majority of the fan base is unaware of the BBL. If you like your hoops then you like your hoops. And if it’s in your back yard then even better!

GiveToLocal: Is the timing right for a return to Sky?

DL: In my opinion the timing couldn’t be better. Buzz16 have a vision around how they want to present the BBL and build the brand. They see the value in staging games at the best venues even if that means some teams missing out on live home coverage for now. Our product must look good on TV and that hasn’t always been the case in the past. Now we have the venues to support the brand. There’s also a huge amount of noise around the BBL on social media right now. There’s so much analysis, debate and quality content. And then there are the storylines. The league has the coaches and the players capable of causing a stir and they’re not afraid to say what they think. That’s what we need to bring more people in. And finally the league has never been keener to share best practice and throw open its doors to see how we can do things better across the board. That’s what the NBA has done. For too long the BBL has hidden the issues holding it back. That’s no longer the case.

GiveToLocal: How tough has it been for basketball during the last nine months?

DL: It’s been incredibly tough. As players we thrive on the fans, the full houses and the buzz around competitive basketball. We feed off the emotion and energy generated in the stands. That’s what’s been lacking and it’s been really weird. You can hear everything on court — all of the players’ back chat and all of the coach’s comments. I guess the games have become more technical and less emotional and some people might point to that as being positive. But I’d disagree. We’ve been robbed of the passion at the heart of our game and I really miss those big fist pumps from the stands and fans roaring as they jump off their feet. But we have to be grateful that we’re able to play. Right now that seems like a win and we’re just happy to be back on court doing what we do best.

GiveToLocal: What kind of impact has the pandemic had on basketball at grassroots level?

DL: It’s really affected the grassroots game. I do a lot of individual and group training with kids in the community. And the Eagles have always run a hugely popular Central Venue League but thousands of kids have been denied that chance to play with their friends on a Saturday. From that standpoint it’s been incredibly tough. Basketball is the second biggest participation sport in the country and it’s been building real momentum in the last few years. That momentum has come to a sudden halt. Of course basketball isn’t alone and there’s a much bigger picture to consider. I just can’t imagine going back to my teenage years and not being able to play basketball. I had a ball in my hand every day back then — it’s all I did and all I knew. Mentally, I dread to think about the impact the last few months have had on kids and young people. For many of them sport is an escape. Without that escape it must have been a struggle.

GiveToLocal: How important is it to secure the future of community sport and look ahead to a brighter 2021.

DL: Nelson Mandela said sport has the power to change the world and in my work I have seen the positives that can help to bring communities together and include people who might otherwise be excluded, due to their differences. That’s why it’s so important. We all have to do our bit and hopefully the Sky coverage will inspire kids to pick up balls again and get back out there once it’s safe to do so. The momentum may have been lost but we can quickly build it up again.

GiveToLocal: With your Eagles hat on what are your thoughts ahead of the visit of pre-season favourites London Lions?

DL: Everybody knows that the Lions are expected to win it all this year given the depth of their roster and the talent they’ve brought in. But that’s why we play the game because there’s so much more to competitive sport than that. The last time we played London they showed that they’re starting to click as a team and of course they can be very dangerous. From our point of view we have to focus on what we do best and ensure we get better every day. If we’re on top form then we should be able to look London in the eye and compete with them. It’s a great game for TV and I want both teams to be at their best. I think we can grab the win. If we want to be title contenders then a game like this at home is a game we’ve got to win.

GiveToLocal: You’ve got Rex Pflueger back after his stint with Great Britain and his spell out with concussion — how important is that?

DL: Rex has already proved to be a great addition to the squad. He’s the ultimate glue guy. He doesn’t demand a lot of the ball and his focus is doing as much as he can for the team. He keeps us together and keeps us ticking over. We need guys like that if we’re going to compete this season. His return has the potential to send Louis Sayers back to the bench and that makes us much deeper again. I was delighted to see Rex make his debut for GB. That’s an opportunity he had to take and everyone involved with the Eagles was right behind his selection.

Catch Drew Lasker and the rest of the Sky Sports BBL team from 4.30pm on Main Event on Thursday December 3 as they tip off this season's coverage with a double header from the Eagles Community Arena

Click here to listen to The BBL Show podcast.