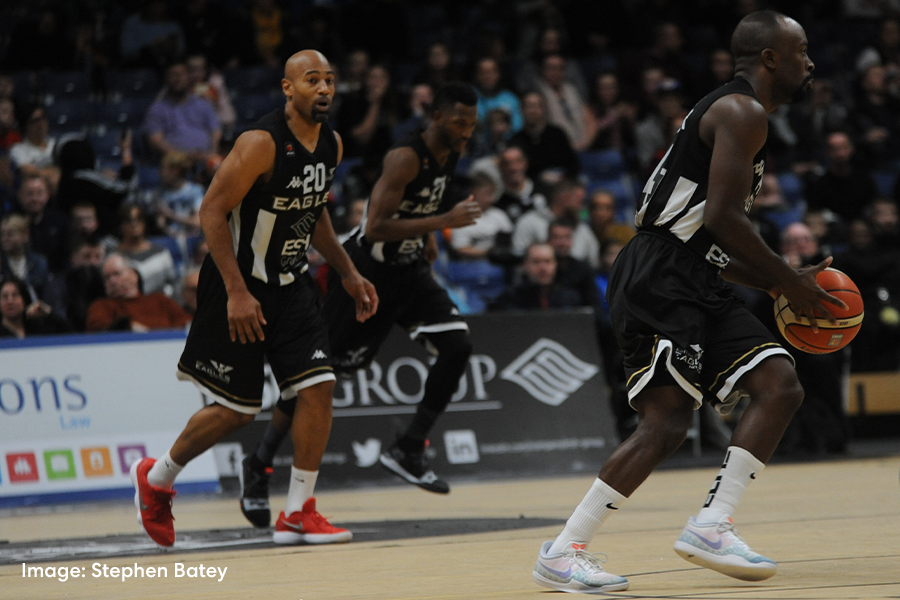 Grassroots sport has always had the potential to transform lives and galvanise communities.

For Fabulous Flournoy, it’s far more important than that.

The Toronto Raptors assistant coach returned to work this week, for the first time since the outbreak of the coronavirus, ready to kickstart the latest chapter in a colourful career.

But without the intervention of caring coaches and committed volunteers during his formative years, it’s unlikely the most successful coach in British basketball history would have escaped a challenging childhood on the streets of inner-city New York.

“I got involved with grassroots basketball as a kid because I wanted a pair of trainers,” explained Fab, who won everything during a stellar career with Newcastle Eagles in the British Basketball League before heading to the NBA last summer.

“I didn’t know anything about sport or anything about basketball. But one day I saw all my friends wearing this new kit and trainers and I felt like I was missing out.

“That’s when I joined Project Pride in The Bronx. It was the best decision I ever made.”

All around him chaos reigned in a community blighted by drugs, gangs and violent crime. Fab was one of the lucky few. His older brother was killed in a nightclub at the age of 22 and his younger brother survived a bullet to the chest.

But if friends and family found it impossible to escape a devastating cycle of pain and destruction, Fab had found basketball. It was to prove his salvation.

“Project Pride - as the name suggests - was a grassroots basketball club established to inspire inner city kids in the projects,” he added.

“It encouraged them to stay off the streets, stay safe and stay focused. They didn’t turn anyone away and they focused on the kids who were most at risk. They weren’t interested in helping the kids who were too far down the road - those already involved with gangs and drugs - but they were keen to catch the borderline kids.

“The biggest thing for the volunteers and coaches was keeping kids off the streets and keeping them safe. For me and the other players there were incentives to keep attending - we got kit and got to go on trips to other parts of town.”

Grassroots basketball was Fab’s gateway to a better school, a good college and, ultimately, a career which has taken him all over the world.

“Grassroots sport was a huge part of my development,” he added. “It taught me how to communicate, how to be productive, how to be independent and how to work with others. They were life lessons that I still use now.

“It was also an escape from the crime and the negativity. Project Pride was a safe haven for me. While I was there, I knew I wouldn’t get robbed, beaten up or worse.

“When I checked out GiveToLocal and looked at the work they were doing it brought home to me just how important a role grassroots sport continues to play at the heart of local communities everywhere.”

In common with fellow advocates of grassroots sport, Fab feels its impact extends far beyond competition and fitness.

“Grassroots basketball taught me to manage my anger,” he added. “I was competitive on the court but off the court I was friends with my rivals. I learnt how to resolve issues without a fight.

“Basketball was an outlet where kids like me could vent our frustrations in a controlled environment - maybe after a bad day at school or even a bad day at home.

“Sometimes home wasn’t a safe place to be. It was better to be playing basketball at the community centre and it was open from 4pm-10pm every day as a sanctuary for kids after school.”

During his time on Tyneside, as a player-coach with Newcastle Eagles, Fab won 24 domestic titles in 14 years to write his name into BBL folklore.

But he still found the time to embed himself in the North East community and stay in touch with his favourite game at grassroots level.

“My own experience of grassroots sport is why I was always so heavily invested in what Paul and Sam Blake were doing in the community during my time with Newcastle,” he added.

“Those early years were so positive and I was always happy to give up my time to help the next generation.

“People were always there for me and I wanted to be there for them. You never know what impact you might have - there will be people who worked with me as a kid who will never know what their contribution meant and how it shaped my life and my career.

“But the volunteers and the coaches within grassroots sport don’t think about that - they just want to make a difference where they can, when they can. You’re not going to be able to help everyone but you can always help someone.

“And I guess that’s what the guys at GiveToLocal believe.”