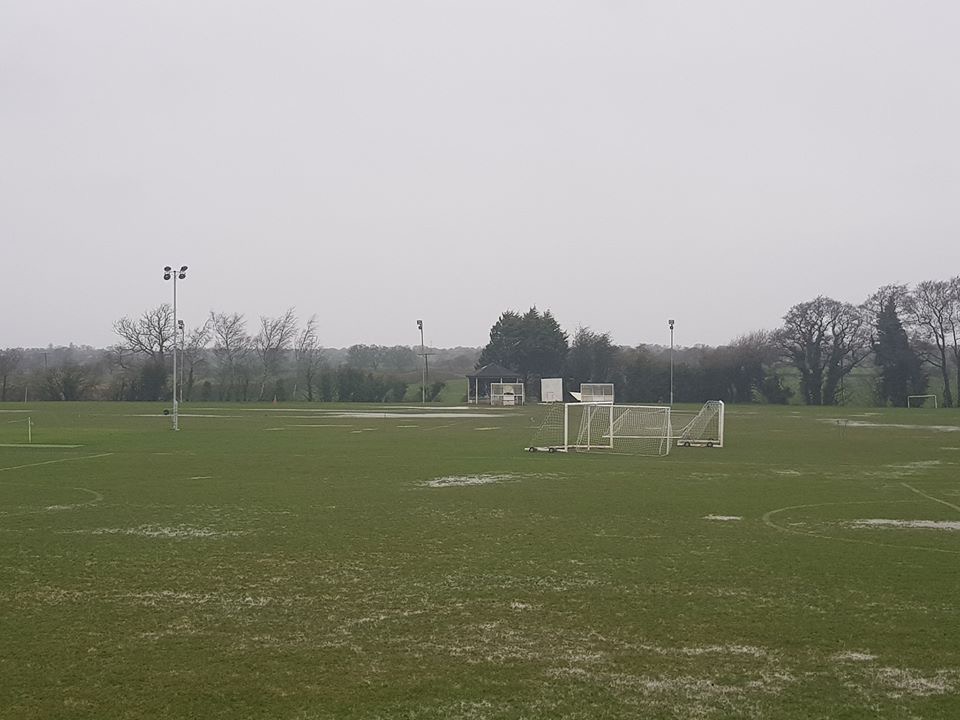 Following adverse weather across the county of Shropshire, Prees JFC Secretary Kris Morris has said that some of the pitches in the local area are now unplayable due to high levels of rainfall.

Last week, a severe warning was issued for Shrewsbury and Ironbridge which means that the floods now pose a danger to life.

Prees JFC are one of the clubs in Shropshire to have been affected by the disastrous weather.

And while Morris acknowledged that the state of pitches across the region is a worry, she admitted that her club were incredibly lucky due to the unique location of their ground.

“We’re about 15 miles north of Shrewsbury so we haven’t been as affected by the floods as they have,” said Morris.

“Prees are very lucky because around five or six years ago, all of our pitches had a load of sand injected into them so we don’t tend to flood.

“We haven’t been training on the grass pitches in an effort to preserve the playing surface as best we can.

“I haven’t seen our pitches with standing water on them for some time but we have had lots of rain lately.

“We’ve had so much rain that we do have standing water out there this week but we’re lucky that we’re surrounded by lots of farmers who can help us out.

“Unfortunately, other clubs aren’t as lucky as ours.”

Whilst Prees JFC have yet to feel the full force of the horrendous conditions in Shropshire, there are still many which have.

And despite her own club’s relative good fortune regarding the weather, Morris stressed that there are many teams that have been severely affected by the floods.

“There are pitches across Shrewsbury that are unplayable because of the high volume of water,” said Morris.

“I know at Shrewsbury College, where some of the local teams play, there are pitches that are under water.

“For example, if you look at SAHA Football Club who play over in Frankwell, they’ve been really affected and they’re under about four foot of water.”

Whilst GiveToLocal can’t stop the flooding, it can help ensure that all grassroots football clubs have the infrastructure in place to be able to deal with different challenges including adverse weather.

And Morris admitted that she was sure that the people affected by the floods would be thankful for any help they could get.

“I think anybody in Shrewsbury - which is almost all under water right now - would feel grateful for any help they can get, both now and in the future,” said Morris.

“Prees JFC are really lucky because we have our own pitches and clubhouse but the pitches in Shrewsbury are currently unplayable because of the high volume of water.”