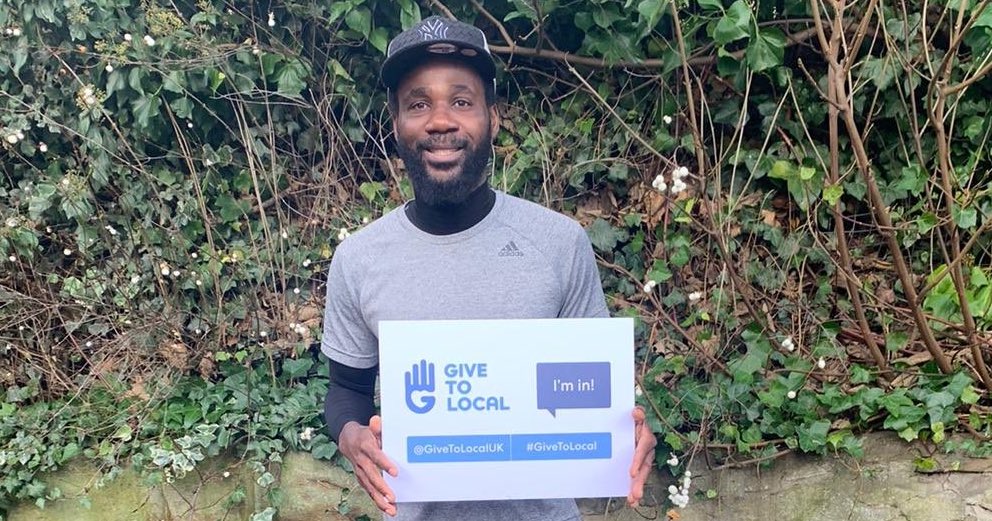 It’s the standard response when the eye-catching full back’s name comes up in conversation.

But the experienced defender’s stay at White Hart Lane is only part of the story.

Chimbonda plied his trade for a number of English clubs and an impressive CV reveals spells at Wigan Athletic, Sunderland and Blackburn Rovers.

But Chimbonda’s route into professional football is a little different compared to most.

At 18 he left the Caribbean shores of Guadeloupe to travel to the North of France, where a spot at one of France’s most prestigious academies - Le Havre AC - awaited.

But before the Premier League contracts, the academy spot at Le Havre and the place in France’s 2006 World Cup Finals squad, Chimbonda started out playing grassroots football.

And GiveToLocal supporter Chimbonda wants to ensure that the grassroots pathway remains open to all players.

“Grassroots football is important because it helps kids stay active and healthy.

“It’s also important for people to feel like they’re part of a community too.

“But for me, it allowed me to become a professional footballer.

“Personally, I know how hard it can be to get into football- I come from grassroots myself.

“I spent 18 years in Guadeloupe before I joined Le Havre in France.

“I got my opportunity because the head of Le Havre academy came to visit Guadeloupe. He held a trial and I was chosen - that’s how I got my chance.”

Today, 39-year-old Chimbonda turns out for National League North side Ashton United, with the former France international showing no sign of hanging up his boots just yet.

In his spare time, he also helps out on the grassroots coaching scene, keen to ensure that the next generation of grassroots footballers get their shot at their dream career.

“Grassroots football really does have some good players,” Chimbonda said.

“I coach in Manchester and I can see some really good players.

“The only problem is that sometimes they don’t have the opportunity to go further.

“When you’re a grassroots player, any academy or professional club will ask you about your footballing CV.

“Unfortunately, these players don’t have that playing CV.

“What they need is a chance - an opportunity to show what they can do.

“Vardy came through a bit later than some but now he’s the top goal scorer in the Premier League.

“People don’t always recognise grassroots football but a lot of good players came through that route.

“So, I think it’s important to give back to this section of football because it has produced a lot of good players.”

Chimbonda’s passion for the grassroots game is unquestionable.

So when he was approached by Colin Stromsoy [Director of Strategic Partnerships] to become a supporter of GiveToLocal, the former Premier League defender admitted it was a no-brainer.

“I found out about GiveToLocal towards the end of last year,” said Chimbonda.

“Colin is a good friend of mine so when he asked me to be a part of GiveToLocal it was easy for me.

“I want to see development in the grassroots game and if, as part of GiveToLocal I can see the changes, it would be great for me.

“I would love to be able to say that I’ve been part of something good. If I could see more young players coming through from grassroots, that would make me very happy.”