Gateshead Storm Blown Away By Support 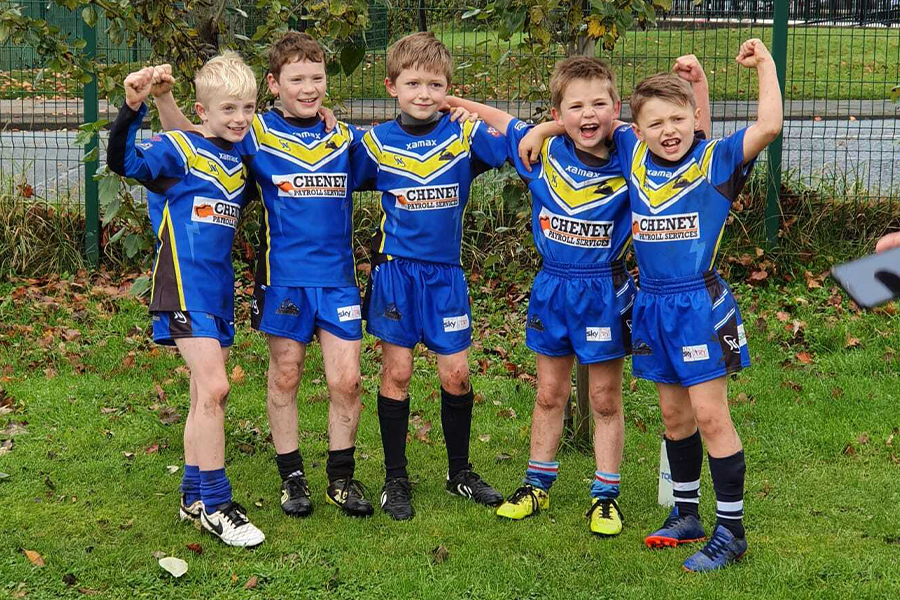 GiveToLocal’s Focus Clubs initiative is in full swing and we’ve been checking in with teams across the country to find out how they're getting on.

Gateshead Storm was selected in the first group of Focus Clubs bidding to access thousands of pounds of additional annual funding.

And the ambitious Tynesiders are aiming to become a benchmark for Rugby League teams across the UK as they seek to maximise their potential for attracting new donors and sponsors.

“We registered with GiveToLocal as soon as the service was opened up to Rugby League,” explains the club’s treasurer, Neil Emmerson.

“It’s a brilliant opportunity for teams to tap into their local community and to showcase the work they do.

“From Storm’s point of view it’s a win-win situation. We have access to a simple web-based application that can help us generate regular and sustainable income.

“Our donors can access unique offers and the sponsors we work with are welcomed into the club with open arms.

“When I looked at the service GiveToLocal offers my first thought was ‘why has nobody done this before?’.

“We’re incredibly proud of our fundraising efforts but the fact is we’re approaching — and relying upon — the same people time and time again.

“The support we get from the GiveToLocal team is second to none and they’re making it possible for us to broaden our reach and plan for a more secure future.”

Gateshead was confirmed as a Focus Club earlier this month and Neil has mobilised the Storm community to ensure players, coaches, parents and volunteers hit the ground running as it seeks to hit a series of fundraising targets.

“I was delighted when I found out we'd been selected as a Focus Club,” he adds.

“I’ve been in regular contact with the GiveToLocal staff since we registered with the service and they’re always incredibly helpful.

“When the Focus Club initiative was launched I applied immediately — I can see the potential in GiveToLocal and believe it will work 100 per cent.

“Everyone involved with the Storm knows that we're a great club.

“Hopefully GiveToLocal will give us the chance to showcase this.

“I'd like to think that when things are 'back to normal' that more people might be tempted to give Rugby League a go — either playing or watching.

“If we’re financially secure and can count on regular income then we can help to make that happen.”

Newcastle Thunder’s director of rugby, Denis Betts, pledged his support to GiveToLocal earlier this year and reiterated Rugby League’s value to communities across the UK.

And Neil shares the former Great Britain international’s belief that 2021 could be a game changer for the sport.

“It’s an exciting time for Rugby League but next year could be a genuine turning point.

“The Rugby League World Cup is due to kick off in the UK and there’s an opportunity for everyone involved in the sport to grow the game.

“With the support of GiveToLocal I feel we can be in an even better position to do that.

“Gateshead Storm prides itself on being the North East’s leading community Rugby League Club but we’re always looking to evolve and improve.

“Working alongside GiveToLocal is an opportunity to do that. I’m so grateful for their support and genuinely believe their service can make a lasting difference to community sport.”