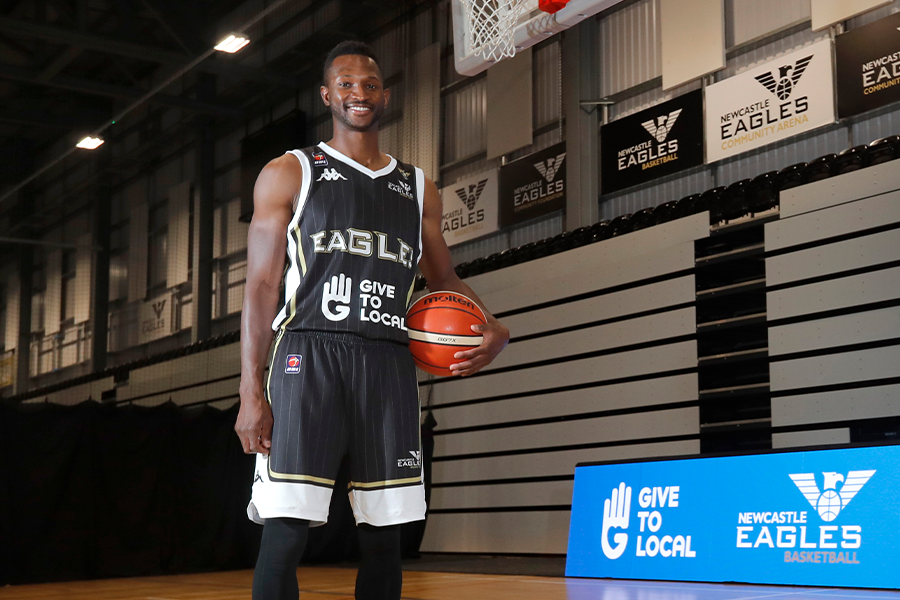 The most successful franchise in the UK takes on Sheffield Sharks in a behind-closed-doors clash at the Eagles Community Arena.

But supporters don’t need to miss out - the first fixture between BBL clubs since March will be streamed live as basketball fans across the country welcome the return of senior hoops.

“Everyone at GiveToLocal was looking forward to supporting the Eagles in person tonight and we’d been counting down the days,” explained Neil.

“Our partnership with Newcastle means so much and this felt like the start of what is going to be a very special relationship.

“When we learned that the North East was facing fresh lockdown measures it became clear that we couldn’t be there to back Ian MacLeod and the team from the stands.

“Of course it’s disappointing but we’ll be glued to our laptops and tablets watching every minute of what’s sure to be an exciting fixture between two fierce rivals!”

But a partnership rich in potential extends way beyond the opportunity to spread GiveToLocal’s positive message to a nationwide audience.

Community sport sits at the heart of a mutually beneficial relationship and both organisations have ambitious plans to grow together.

“Of course we can’t wait to see the likes of Rahmon Fletcher and Drew Lasker in action wearing a GiveToLocal Newcastle Eagles vest,” added Neil.

“That’s an exciting prospect in itself and something everyone here can’t wait to see.

“But this is a partnership that goes way beyond senior basketball and a link-up that seeks to get right to the heart of everything that’s so positive about the Eagles in the community.

“We’re already planning for the future but for now it’s just great to see basketball back on the main court at the ECA.”

Newcastle have recruited well during the summer with a slew of new signings set to make their debuts for the GiveToLocal-backed Eagles.

And MacLeod will add rising stars Themba Yabantu, Sauveur Kande and Sean Murphy to the mix as he gets to see his evolving roster in action for the first time.