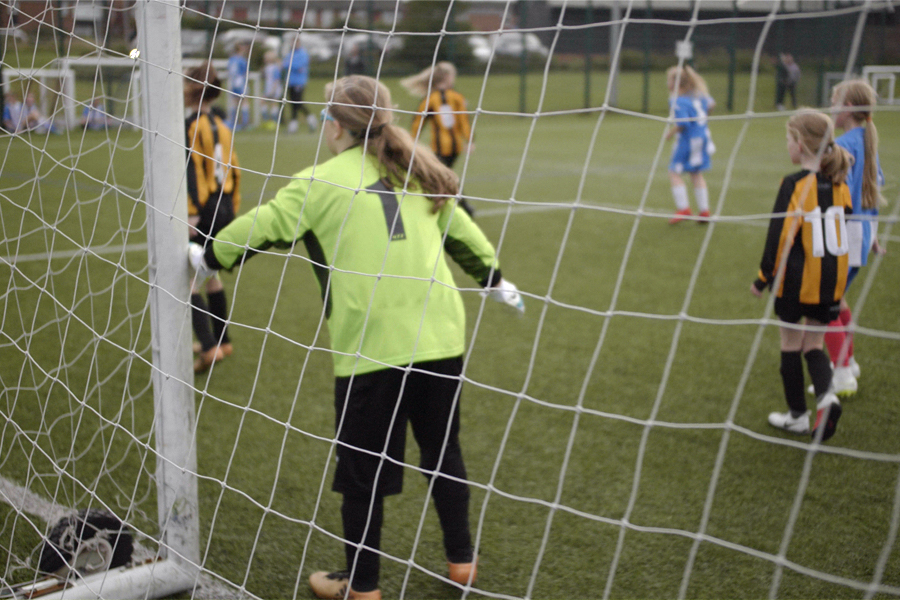 It was 18 months ago when Whitley Bay Football Club decided that they needed to revitalise their grassroots women’s football section in an effort to grow the women’s game.

At the heart of this development was grassroots coach and GiveToLocal team member Keith Watson.

“As a coach at Whitley Bay Football Club, I also head up the girls’ section there,” said Watson.

“A year and a half ago we created a new girls’ section.

“It was important to me that we develop this area of the club at Whitley Bay because we want to develop the sport and bring more and more girls into football.

“We’ve now got a total of four teams and our girls’ section is growing at pace which is great!”

One of catalysts behind Watson’s desire to develop women’s football stems from his daughters Harleigh and Megan.

And the Blyth native acknowledges that having two daughters was a major driving force in getting involved with trying to grow the women’s game.

“I have two daughters and my youngest, Megan, who is now 22, played football from around the age of 10,” he added.

“You tend to find that coaches fall into grassroots football because their kids play for a team - that’s how they become a coach and it was similar for me.

“Megan played right the way through until she was 19.”

As well as heading up the girls’ section at Whitley Bay Football Club, Watson is also on the committee for the North-East Women’s Regional Girls League.

And during his spell championing the game, he has recognised that there has been a significant rise in interest in women’s football.

“When I first looked at women’s football, I thought that it was evident that the passion for the game was really strong but there wasn’t as strong a voice as there could have been,” said Watson.

“Women’s football has peaks and troughs. When there are tournaments on during the summer like the World Cup or the European Championships, you can see that younger girls are now looking up to these women as heroes.

“It’s brilliant that these players are now getting the recognition they deserve.

“In addition to this, the FA Wildcats programme has been brilliant because it’s brought in girls as young as four all the way up to the age of 11 which is great for participation.”

Watson agrees that coaches and clubs should remain proactive when it comes to retaining the interest of girls at a young age.

And he is delighted that moves made to grow the game mean that football is now able to offer a relevant and rewarding career path to young women.

“The peaks are definitely higher than what they have been in the past,” said Watson.

“Retention of female players is happening but it’s just a bit slower. Hopefully we can retain more girls during the peaks so that the troughs aren’t as deep.

“In terms of retention of interest too, I think it’s great that the women’s internationals are on TV.

“It’s really cool to see that those games are being played all across the country.

“They’re getting good crowds too as it allows girls to be able to watch their heroes play in front of them.

“If you look at the WSL (Women’s Super League), that now looks like a very professional competition.

“It’s now giving girls a route to where that can look at their region and think ‘right, there’s a WSL side in my area and that’s where I want to be’.

“It gives them a goal to strive for which, from a parent and coach’s view, is really good to see.”