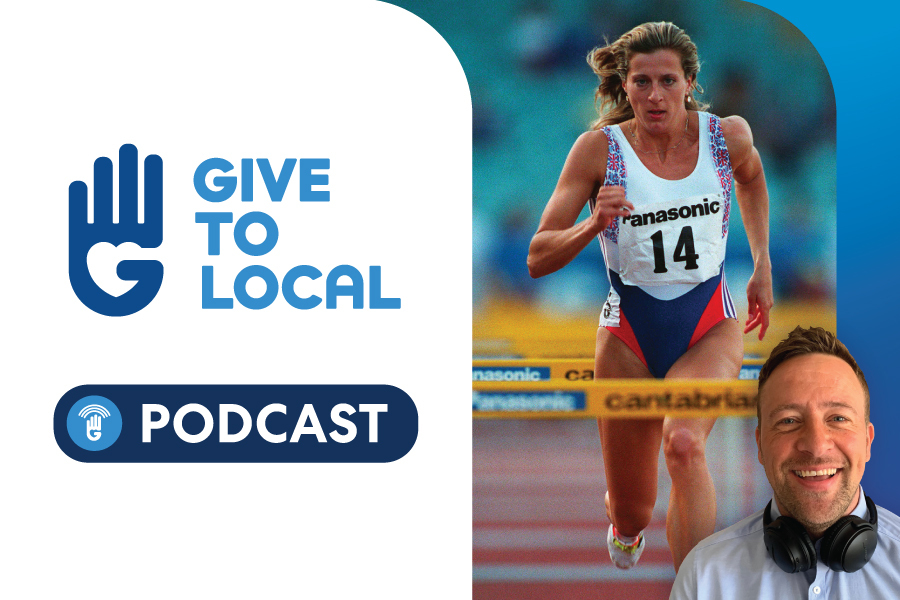 The brand new GiveToLocal podcast will be making its first appearance next week, boasting a star-studded cast of sports stars and industry professionals.

“It’s amazing to see how much GiveToLocal has grown in such a small amount of time,” Sally told Justin on the podcast.

“What the organisation does is just a complete lifeline for grassroots clubs. We know how hard it is for these clubs to support themselves - now more than ever.

“GiveToLocal is just so needed. It makes sense to me and it will to business people who want to help locally but have felt like they couldn’t in the past.”

On the episode Sally talks about what it feels like having the pressure of a nation on your shoulders and what it means to take home an Olympic gold medal.

Future guest stars have already given their time, including Paul Blake, Managing Director of Newcastle Eagles and Tony Hawks & Patrick Hollwey, founders of Tennis For Free.

“GiveToLocal is huge for us,” said Patrick.

“We’ve just entered into a national partnership because we share exactly the same ethos - we both want to bring communities together to support each other.”

Both Tony and Patrick talk on the podcast about their passion for tennis and how we can make it accessible for everyone through Tennis For Free.

Another huge advocate of grassroots tennis who is vocal about her support for the GiveToLocal podcast – legendary coach Judy Murray – will feature in the lead up to that episode.

“I’m such a big fan of Tennis For Free, so I’m thrilled that they’re teaming up with GiveToLocal to raise funds for grassroots tennis,” said Judy.

“Don’t miss the amazing new GiveToLocal podcast where you’ll find out more about the charity and their latest national campaigns.”