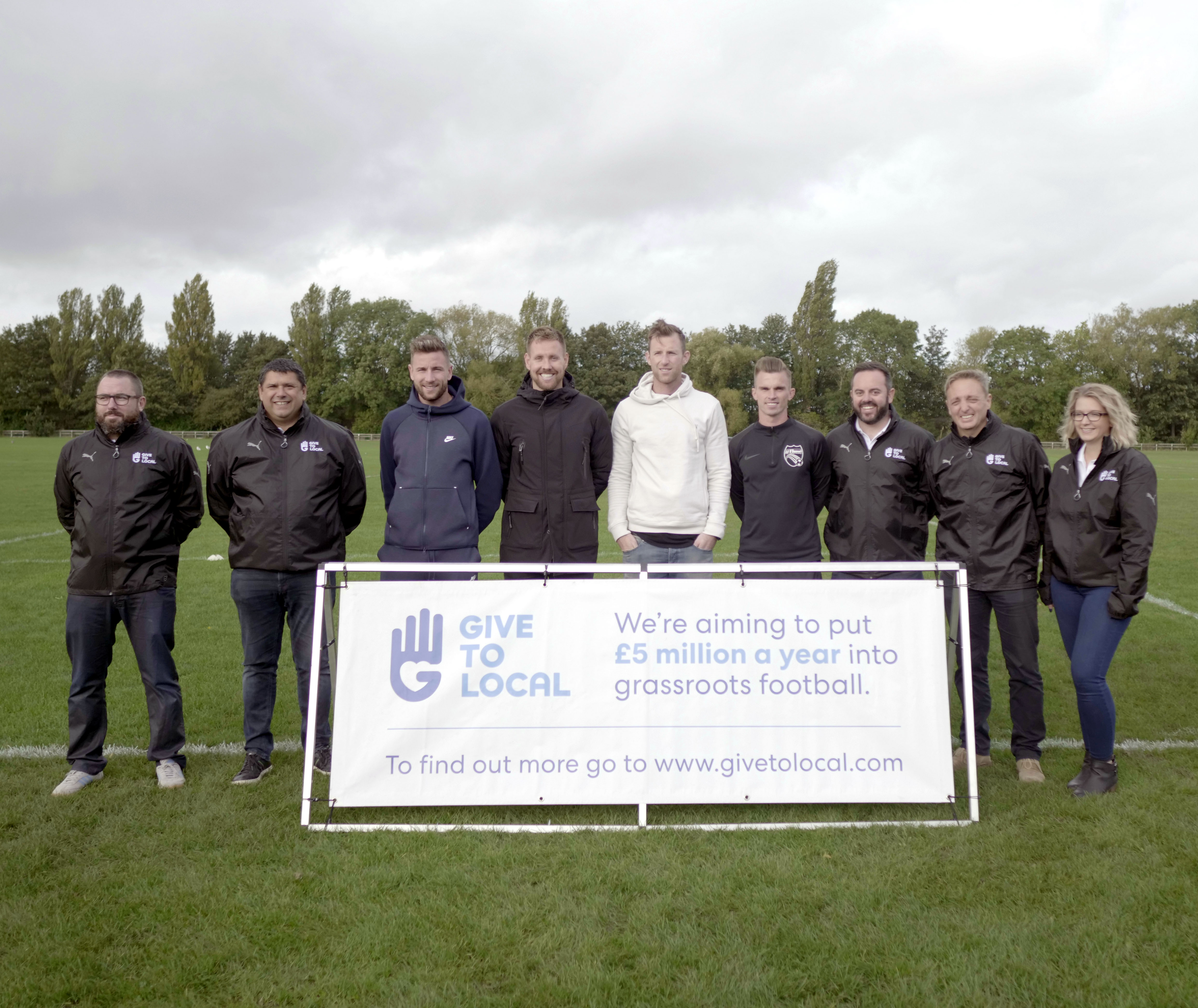 And East End welcomed journalists from the BBC, The Sun, The Athletic and more as the focus turned towards the future of sustainable funding in grassroots football.

GiveToLocal is an innovative service, dedicated to bringing communities together through the power of sport.

Working together with clubs, leagues and local FAs, GiveToLocal aims to put £5 million into grassroots football.

And, speaking at the launch, Gateshead manager Mike Williamson admitted he believes that GiveToLocal can change the landscape of grassroots football.

“I think schemes like GiveToLocal are hugely important in terms of giving back to grassroots football,” said Williamson.

“I found out about GiveToLocal a few weeks ago from Rob [Elliot] who I’m close with.

“When he explained the concept of it tome, I thought it sounded like a fantastic idea – I think it could be huge.

“There’s so much potential out there – it just needs to be all brought together which I think GiveToLocal does because it utilises as many avenues as it can to provide the best opportunities.

“When a new idea comes about, sometimes people can be sceptical, especially when you’re talking about the figures that were spoken about initially – I think that’s only natural.

“The fact is, it just takes somebody to join the dots together and I think GiveToLocal can really change grassroots football for the future.”

Grassroots football is incredibly important to young aspiring footballers – after all, the best players on the planet all grew up playing on Saturday and Sunday mornings.

GiveToLocal aims to provide the best opportunities possible for young players – something which resonates strongly with Gateshead midfielder JJ O’Donnell.

“It’s going to help a lot of grassroots clubs across the country.

“I grew up playing grassroots football at six years old and I understand the time that volunteers give up.

“Grassroots football is the football of kids today – it’s where the best players in the world grew up playing at the weekends.

“I believe it’s really important to give kids those opportunities.

“When you look at the guys who have turned out here today – Mike, Rob, Paul and myself – we all started playing grassroots football.

“GiveToLocal is a brilliant idea because it’s going to benefit so many people.”