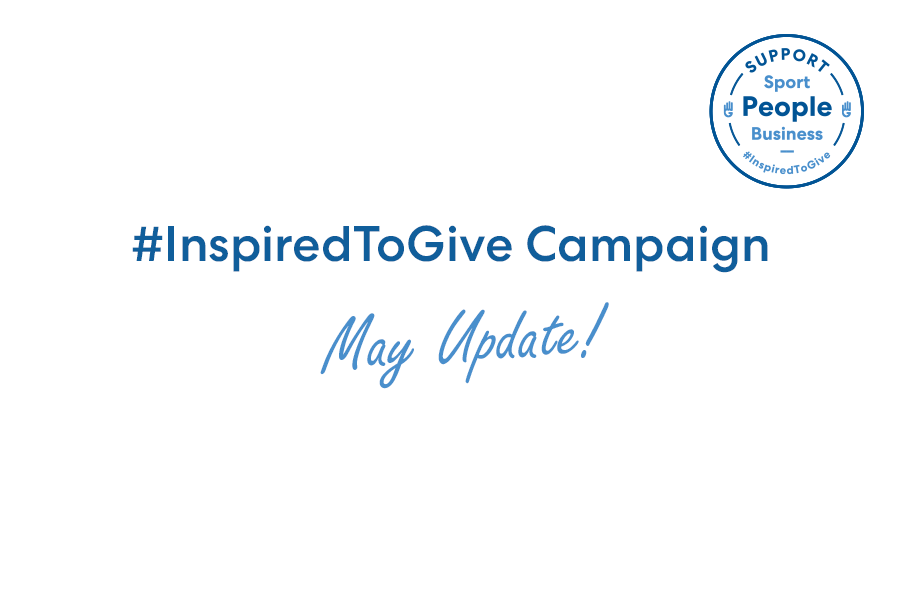 At the beginning of April, we announced our #InspiredToGive campaign.

It was launched to inject some much-needed positivity into community sports and local businesses across the UK.

The campaign was initially set to run throughout April in tandem with our 21 Days Of Giveaways promotion.

However, after such an incredible response to both, GiveToLocal made the decision to extend the popular initiatives for an extra month - with the potential for even more giveaways heading into June.

In addition to the announcement of that #InspiredToGive campaign, we’ve opened up our doors up to nine more sports.

Alongside the sporting support, GiveToLocal has also been buoyed by our ever-growing list of corporate partners who have already thrown their weight behind the #InspiredToGive campaign.

As part of our biggest giveaway yet, Fintegrate Financial Solutions have offered to fly a family of four to Disneyworld Florida in 2021.

And CEO Neil Gardiner has been overwhelmed by the support and the response to both the #InspiredToGive campaign and the 21 Days Of Giveaways.

“Initially, we had thought that the 21 Days Of Giveaways would end after three weeks,” said Neil.

“But after seeing the response from our giveaway recipients - and looking at the sheer number of people entering the giveaways on Facebook every night - there was absolutely no way we could stop them just yet.

“So we decided to extended both the campaign and the giveaways because we want community sports clubs across the UK to have something to look forward to!”

“For me, community sports clubs are often the pillar of a local community,” said Neil.

“They’re a hub for people to meet and interact and they also provide a lot of support to local businesses within that community.

“We saw that the initial response to the #InspiredToGive campaign was so positive. Extending it was an absolute no-brainer.”

Look out for Justin Lockwood on our Facebook page around 6pm every day for details on the latest GiveToLocal giveaway.

For more information on how you can get involved with GiveToLocal’s 21 Days Of Giveaways, visit the GiveToLocal Facebook page.