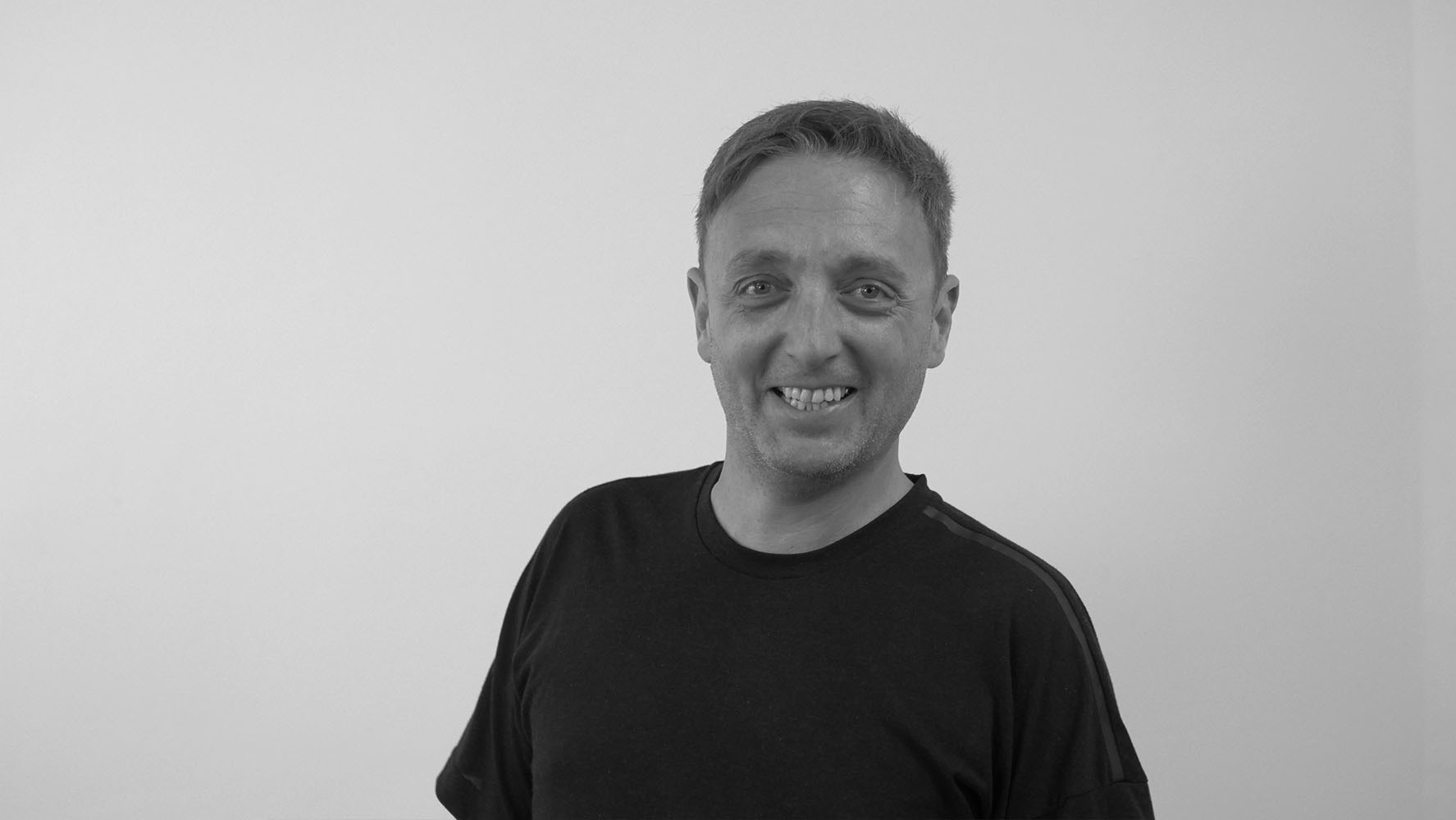 In our GiveToLocal staff features, we want to shine a light on the people at the heart of our organisation working to secure a sustainable, bright future for grassroots football. This week, we caught up with Director of Strategic Partnerships Colin Stromsoy.

The question was an easy one: ‘Where does your love of football come from?’

Having been involved in sport almost all of his life, Stromsoy considers himself a sport fanatic.

And while he acknowledges that he has an unquestionable passion for sport, the 42-year-old admits he can’t quite place where that love first started.

“I have no memories of being a toddler and loving football,” said Stromsoy.

“But, when I look back, there are plenty of pictures of me at a young age holding or kicking a ball around!

“Clearly, I developed a love for sport at a very early age, like a lot of kids do.

“I was never brilliant at any sport - including football - but I was a good sportsman and I played at a good level in all sports.

“I was football captain at my school, went on to play at college and university and then later on I got into coaching.

“Ever since I can remember I’ve loved it [football] and I couldn’t imagine not being involved in it.”

For Stromsoy, football is one of his biggest passions.

After his playing days were over, he turned towards the world of coaching, eager to shape the minds of today’s youth.

Coaching is something that he holds close to his heart - after all, he does hold one of the most prestigious coaching licences in the game: the UEFA A-Licence.

And, in his spare time, he now manages Northern Football League side Newton Aycliffe - a role he thoroughly enjoys because of the positive impact he can have upon players.

“My love of coaching comes from, working with younger players, seeing them improve and then watching them take those improvements into games and watching them gain success,” said Stromsoy.

“It’s very fulfilling to see someone who has got talent and potential actually realise that potential through your support and your help.

“It’s also not just about providing technical and tactical information too.

“It’s about creating an environment where it’s safe for that player to make mistakes or even be able to ask questions without feeling like it’s going to impact upon their ego or whatever it might be.

And while he admits it was a degree that he was keen to study, there was another, more sporting reason behind the decision to attend the university.

“Part of the reason I chose to study at Canterbury was because it enabled me to secure a job taking people skiing every weekend through the ski season,” said Stromsoy.

“It meant that I had to compromise where my football was concerned but I had fallen in love with skiing at the time.

“The job gave me an opportunity to go skiing in Val d’Isère, a ski resort in the French Alps, so therefore I chose Canterbury University.”

Upon the completion of his academic studies, Stromsoy was at a crossroads: should he stay or should he go?

The crossroads related to his career. Stay in the UK and work his way up the training scheme McDonalds had presented him or take a chance to see the world.

And naturally he chose the latter.

“At the end of my time at university, I knew I wanted to work in sport,” said Stromsoy.

“During my studies, I had also worked at McDonalds and they had put a training scheme in front of me but I knew that wasn’t for me.

“The day after my last university exam, I got a job with TUI travel group who owned Crystal Holidays at the time.

“I went out and became a mountain guide in Austria for the summer, which was an absolutely incredible experience.

“After my second season out there I qualified as a ski instructor and I went on to do seven more ski seasons.”

Stromsoy’s continental journey almost seemed too good to be true.

Having graduated university, he had found a job in an area of the world that he loved.

Unfortunately, however, life is never that straightforward and a freak skiing injury cut short his European adventure.

But as one door closes, another door opens. And Stromsoy’s accident opened up a new career opportunity.

“In 2003, I had quite a bad ski accident where I broke both my legs!” Stromsoy recalled.

“So I came back to the UK and went on to do an MA in Sport at Northumbria University.

“They looked at my CV and asked me at the end of my studies would I like to work for the sport department.

“I worked as the Commercial and Communications Manager there. And in September 2011 I became the Head of Sport.

“We built a brilliant team there and we had huge successes and then three years later I was promoted to Director of Sport.”

With a wealth of sporting experience, he is now keen to ensure that grassroots football has a future, with the Kent native eager to play his part in the GiveToLocal journey.

“The big motivation for me here at GiveToLocal is the opportunity to help grassroots clubs really increase their funding,” said Stromsoy.

“We get to work within communities to deliver even better outcomes for players, volunteers and coaches to create a better future for these clubs.

“The reason that I have dedicated my life to sport is because, firstly, I enjoy it.

“However, the biggest reason is because I can’t think of anything that unifies and has such a capacity for positive good than sport.

“It can teach people discipline, focus and can also be a leveller.

“In the vast majority of cases, sports clubs aren’t interested in your background, your colour, your sexuality, or how much money you’ve got.

“It’s about can you run faster than the other person and will you work harder than them. It’s a real meritocracy.

“I can’t think of anything else that has the capacity for so many positive outcomes.

“Ultimately, if we’re successful - which I’m sure we will be - we’ll be able to make a change to the lives of so many people and that will be really rewarding.”