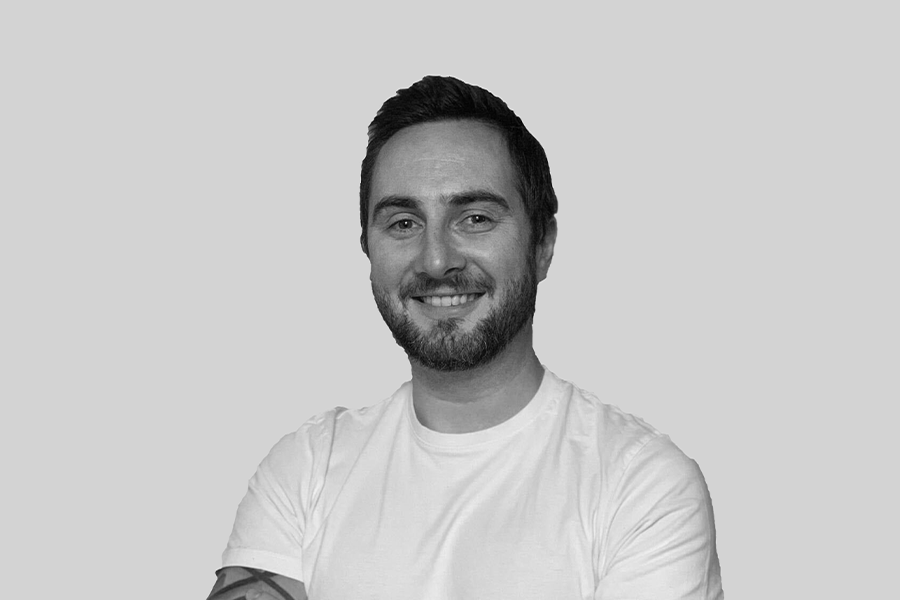 To Scotsman David Broom, football is a sport that has been ingrained in his life for as long as he cares to remember.

“Being from Glasgow, I had two choices growing up,” said David.

“Growing up, the only ball that existed in Glasgow was a football. All my family played it and I’ve played it all my life so it’s ingrained in me.

David joined GiveToLocal as our Corporate Relationship Manager earlier this year, with a remit to build his own team to grow the organisation’s regional and national network.

And after spending the previous decade managing sales for Irish building firm Moy Materials, David knows he’s the right man for the job.

“During the last 10 years I’ve developed a number of skills that are transferable to GiveToLocal,” said David.

“I’ve joined GiveToLocal to lead a national team that can develop our corporate partnerships, both regionally and nationally.

“At Moy, everything we did focused on the quality of relationships.

“At GiveToLocal, we have the ability to create a network that can provide mutual benefits to businesses and grassroot sports teams across the UK.”

And sport is perfectly placed to build bridges and open doors.

After marrying Geordie wife Victoria, David moved to Newcastle and stepped into the unknown.

He admits that grassroots sport played a major part in helping him to settle down in an unfamiliar region.

“One of the things that stood out to me about the area was its connection to sport,” said David.

“Everyone here is mad about their sport and, if I'm honest, it was the connection to grassroots sport that really helped me integrate into the local community.

“I now coach one of the girls’ teams at Whitley Bay Juniors where my stepdaughter plays.

“It's enabled me to become a part of the local community and it made my transition to living here in the North-East a lot easier.

“It's introduced me to some amazing people and, ultimately, that's led me here to GiveToLocal!”

Having joined GiveToLocal during the COVID-19 pandemic, forming relationships with corporate partners has required a fresh approach.

And while David acknowledges that not being able to formally meet - face to face - can be challenging, he is making partnership progress thanks to the power of technology.

“I think the world is now so much more accepting of using video technology to help build relationships,” said David.

“It’s strange being introduced to people over video and you can’t reach out and shake their hand.

“But I’ve found that it’s been made a lot easier due to the fact that everyone else is in the same boat!”

As GiveToLocal’s Corporate Relationships Manager, David is tasked with bringing on board regional and national corporate partners.

And he believes that GiveToLocal can help businesses make a lasting impression on communities looking to rebound in the face of the coronavirus pandemic.

“Businesses will benefit by partnering with GiveToLocal because they will be part of something that is looking to protect the future of our local communities,” said David.

“I think there will be a move back towards supporting local communities across the UK in almost all walks of life.

“Additionally, by partnering with GiveToLocal, organisations and businesses can open up new opportunities through the conversations we aim to facilitate.

“We aim to help to raise the profile of these partners and facilitate introductions that are of benefit to them through our contacts and wider support network.”

After dedicating his life to sport through playing and coaching, David is keen to deliver lasting change to the way grassroots sport is funded.

“What attracted me to GiveToLocal was its core values,” said David.

“As a coach myself, I work with people from all walks of life. And when they pull on that team shirt, they all look the same and feel the same.

“They become a part of something and I want to be able to create channels that will allow clubs to benefit from regular, sustainable funding.

“I want to see grassroots sport blossom because of the work we're doing at GiveToLocal.

“That's both a personal and professional ambition and that's why I came on board.”