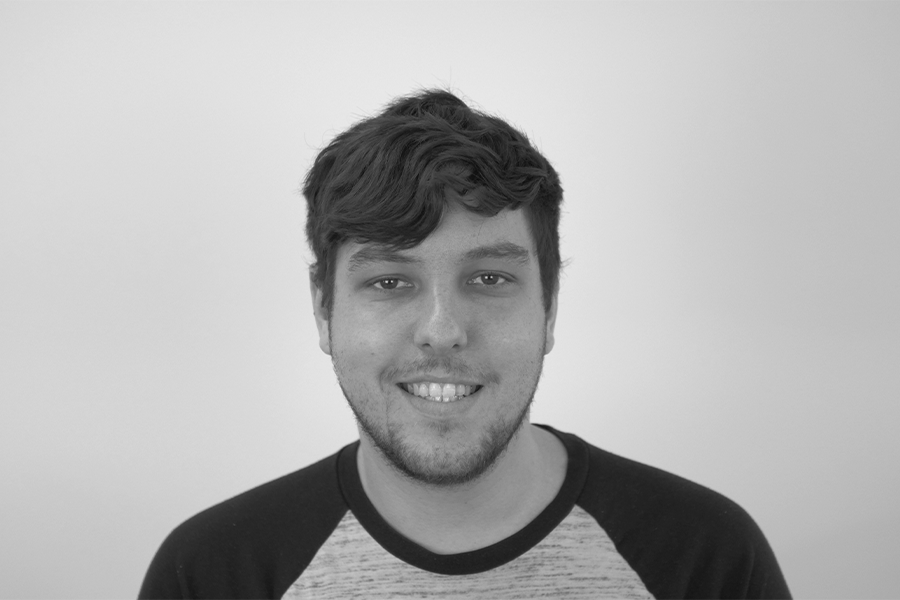 For Jamie Finn, a life in media seemed as if it was always on the cards.

“I’ve always been a bit of a movie nerd,” explained Jamie.

“When I was younger, I used to go to the cinema with my mum every week and that’s pretty much where my interest in media and film started.

“I really enjoy being creative and all the processes that go into filming and editing.

“I used to make short videos in my spare time and then, when I realised I could study the subject at college, I decided to give it a go.”

However, after he’d completed his college studies, Jamie found himself in a world that was the polar opposite to the media career he dreamed of.

“When I left college, I started doing your standard admin jobs,” said Jamie.

“The work was completely fine but for me it wasn’t the most exciting or challenging. To be truthful, it was a little bit boring.

“That’s when I heard about GiveToLocal from Seb [Hatton, Director of Digital Marketing] who I’ve known for nearly a decade!

“He explained to me the concept and how I’d be able to help out. After that, I had a meeting with Neil [Gardiner, CEO] and the rest is history!”

At GiveToLocal, Jamie is tasked with putting together multimedia content for the organisation’s website and social media channels.

And it’s a role that the Multimedia Executive revels in.

“One of the things I love most about GiveToLocal is that it allows me to be creative in a number of different ways,” said Jamie.

“At GiveToLocal, my job isn’t solely focussed upon editing videos. There’s much more to a video than just editing.

“I enjoy filming, monitoring audio, creating scripts and then seeing it all come together right at the end.

“It’s really rewarding and satisfying seeing something that starts off as an idea grow and develop into a final product!”

COVID-19 has meant that Jamie, in line with colleagues, has spent a prolonged period of time working from home.

And while he acknowledges that 2020 has not been without its challenges, he believes that his role at GiveToLocal has helped him navigate through the last five months.

“Having this job with GiveToLocal has almost made lockdown feel better,” said Jamie.

“Of course, I’d love to get back out there filming when we can but if I hadn’t been working for GiveToLocal I would really have worried.

“I’ve felt secure and safe in my job and having that security has been a real relief.”

Having joined GiveToLocal in September 2019, Jamie has witnessed the organisation’s swift expansion.

And with new members joining the already bustling team, he admits he can’t wait to see how far GiveToLocal can go.

“Ultimately, I want to grow my skills alongside GiveToLocal,” said Jamie.

“I’ve really enjoyed being a part of an organisation where everyone is on the same page and working together to grow it the best we can.

“At GiveToLocal, we’re all working towards something that will actually make a difference and I think that’s really cool.

“It’s been a pretty interesting journey so far, so hopefully we can continue to grow and help as many people as possible.”