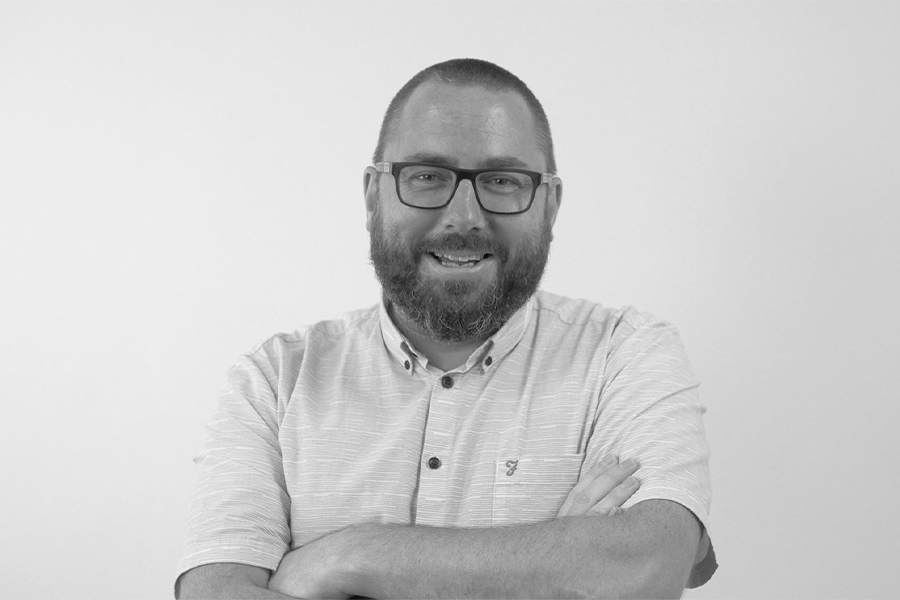 “What’s it like being a Sunderland fan?,” he repeats with a knowing look on his face.

“It has its ups and down…mostly downs. But it wouldn’t be football without a bit of adversity!”

Growing up in County Durham, football has always been a love of Jerome’s.

As a young boy, he used to watch his beloved Sunderland at the historic Roker Park alongside his friends and family.

“I come from a pit village in County Durham where all of my family are Sunderland supporters,” said Jerome.

“You’re brought up going to the match with your dad, your uncle or your friends.

“That’s where my love of football comes from.”

With his passion for football clear, Jerome is acutely aware of the challenges currently facing both grassroots sport and local businesses as a result of the outbreak of COVID-19.

As part of GiveToLocal, Jerome’s focus is dedicated to bringing communities together in an effort to make a positive change.

And the 44-year-old admits that drives his desire to help communities in need through grassroots sport.

“GiveToLocal’s main focus is to create something that is socially conscious and I love the fact it could have such a positive impact on communities,” added Jerome.

“It’s nice to be able to think that we could really make a difference to grassroots sport.

“But it doesn’t take long to realise that GiveToLocal can also really benefit small businesses too.

“It can be used to help them reach out to their local communities and especially in the current climate when the coronavirus outbreak is impacting so severely on those communities.

“I’ve run a business from being a freelancer and I know that sometimes it can be quite difficult to get started up.

“I get massive amounts of satisfaction from the fact that we’re supporting local communities and economies that might have suffered in recent years and are suffering again now.

“When I look at GiveToLocal I think that, in the short term, I get to work with good people to try and achieve something that is ethically sound.

“But in the long term it could have an impact upon millions of people.

“Ultimately, if we do our job right, then every club, sponsor and donor will have the chance to benefit from our work.”

Having previously been involved with a number of other businesses, Jerome now heads up the GiveToLocal product design team, with a background in graphic design dating back to 1994.

Given the organisation’s focus on revolutionising grassroots sport through a technology-led service, it’s clear he’s the man for the job.

“Back in 1994, I did a degree in graphic communication which, when I think about it, was quite a while ago now,” added Jerome.

“I started my career as a freelancer which meant that I was self-employed and I was working to create logos, branding, exhibition stands, all of that sort of general print stuff.

“The freelancing naturally evolved into running a small studio, right around the time that the internet started to influence client projects more and more with the switch from print to online.

“On the back of that switch, it made sense to diversify and create a startup which focussed on software to help manage design studios.”

But Jerome’s journey to GiveToLocal has not been a straightforward one - with the Durham native finding his way to the organisation via a stint out in Zurich.

“My first contact with Neil [Gardiner, Chief Executive] was actually a couple of years ago through his sister Alison,” he added.

“I’d been working in Zurich on a couple of projects to do with influencer marketing and geo-location based market research, which explored how to target people with realtime offers and adverts based on their location.

“Through Alison, I’d been speaking to Neil and we’d been chatting about trying to create something that was, perhaps, a bit more meaningful than what we were both currently doing.

“We’d both worked in businesses where your main focus is to generate revenue and we wanted a change.

“I came back from Zurich for a short while and Neil came back to me and said ‘I’ve got this idea - can you help me flesh it out a little bit’.

“And then after all of our initial conversations it just began to grow as an idea.

“It went from there to the point where we believe we now have something that has the power to help grassroots sport and local communities on a large scale.”

With a wealth of experience in the field of product design, Jerome is now keen to get behind GiveToLocal’s imminent campaign to support grassroots clubs and businesses during these challenging times.

And alongside his desire to revolutionise funding in grassroots sport, Jerome also feels a closer connection to the need for that change because of two big factors in his life - his sons.

“I’ve got two young children - two boys and they both play football at their local grassroots sport facility,” said Jerome.

“They don’t necessarily play for a club but they go there to get involved in football and it gives them a chance to have some sort of coaching too.

“I think it’s important that we maintain these sorts of facilities for the kids of today.

“It’s a positive place that kids can go if their parents are struggling with childcare - be that during the week or during the school holidays.

“GiveToLocal can be something that helps these families and that’s why I’m delighted to be on board with an organisation that truly can revolutionise grassroots sport for the better.”