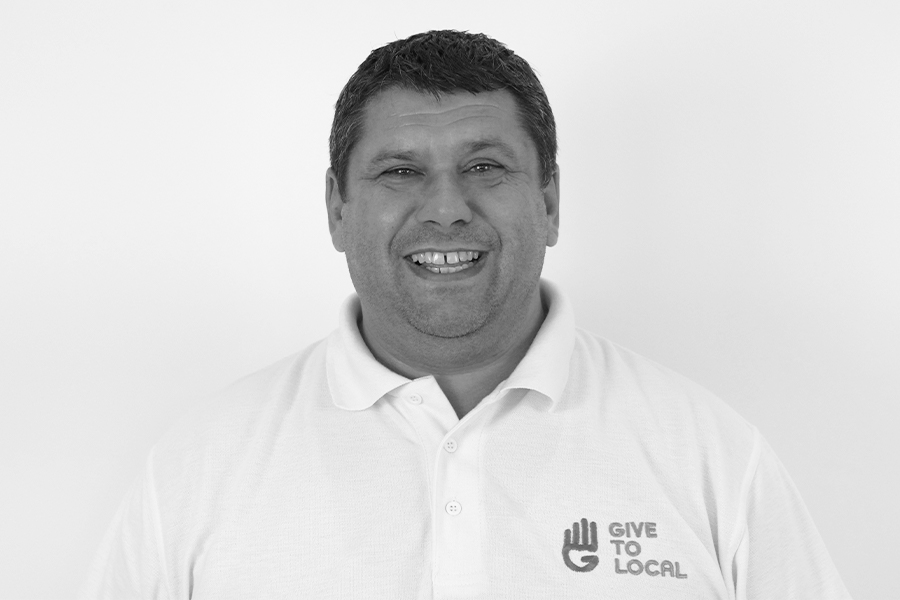 In our GiveToLocal staff features, we want to shine a light on the people at the heart of our organisation working to secure a sustainable, bright future for grassroots football. This week, we caught up with Club Engagement Manager, Keith Watson.

Ever since he was young, football has been a part of Keith Watson’s life.

Having played the game until his early 20s, Watson has a wealth of grassroots footballing experience. He represented Northumberland at county level and remains a familiar face on the North East scene.

It’s a sport he loves, with the Blyth native keen to emphasise that his passion for football stems from his childhood years.

“I guess my love of football comes from when I was very young,” said Watson.

“Back in the day, we used to get chucked into the street where my mates and I would kick a ball around.

“Looking back, it was pretty daft stuff. Sometimes we used to have 20-a-side games with 40 jumpers down as goalposts!

“For me, my love of football stems from just playing with your mates all the time, be it playing at school or in the park. As long as we had time and space, we’d always be knocking a ball around.”

Having hung up his boots due to a nasty injury, Watson moved into a career in sales.

And after having known and worked with Chief Executive Neil Gardiner for over 7 years, he admits that as soon as he heard about GiveToLocal as an idea, he felt it was something he would love to get involved in.

“Career-wise, I was in sales for around 30 years selling a range of things - mainly IT,” said Watson.

“My journey to GiveToLocal integrates heavily with my close friendship with Neil, belief in his vision and confidence that I can play a positive part in helping to deliver that vision.

“He came to me with the idea of GiveToLocal because he knew that I’d been involved in grassroots football and asked me what I thought.

“I thought it was a great idea so we talked through some stuff, threw some ideas around and then I decided to quit my job and threw myself behind it!”

In his role as Club Engagement Manager, Watson is responsible for speaking face to face with grassroots clubs across the country.

And while he acknowledges that he’s frequently out on the road, the 49-year-old admits that being able to engage with grassroots clubs is one of the best parts of his job.

“The most enjoyable part is going out and seeing clubs on a night-time,” said Watson.

“I’m out all hours seeing coaches and parents at clubs up and down the country.

“For me, I feel a real sense of personal satisfaction when I get to see that lightbulb moment on the faces of club volunteers. It’s that moment when they realise what GiveToLocal is and what it can do for them that makes all the hard work worthwhile.”

Alongside his role at GiveToLocal, Watson has also coached at a grassroots level for more than 15 years.

And with a rich history within the grassroots game, he is now keen to pass on his excitement about GiveToLocal to other coaches and parents.

“In my role at GiveToLocal, it’s important to have a level of trust with coaches and parents,” said Watson.

“I feel that because I’m able to show them that I have experience of grassroots football, they’re then able to say – ‘hang on a second, he’s one of us’.

“The trust level is right there from the start so it’s easier to get clubs on side and show them what we’re all about as we genuinely understand why it can sound like it is too good to be true.

“Once we’ve done that, the clubs that really engage with us start to really benefit quickly from what GiveToLocal has to offer.”

Having seen the issues that plague grassroots football, Watson knows all too well the struggles that clubs face.

As part of GiveToLocal, he wants to revolutionise how clubs fund themselves and connect with their community, in order to secure a sustainable future.

“I know that every grassroots football club that registers with GiveToLocal can benefit if they simply get behind a push to tell others about it,” said Watson.

“Once teams get on board, it can change the way their club is funded meaning that they won’t have these issues where they’re scrapping about at the end of the season looking for funds and sponsors.

“We want to totally revolutionise the way grassroots football is funded - that’s something that I want to achieve here at GiveToLocal.”