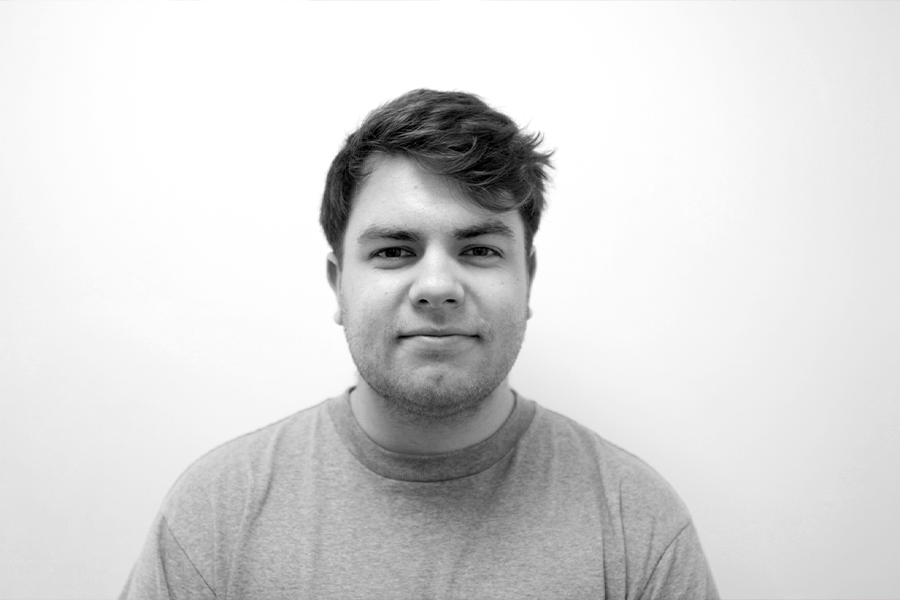 If you ask Oscar Maung-Haley a question about sports, he’ll most likely talk your ear off.

From football to rugby, cricket to basketball, there isn’t a sport Oscar doesn’t love.

“If I’m honest, I have no idea where my love of sport comes from but I’ve always followed it religiously,” said Oscar.

“I love trying to understand the intricacies and details of high performance sport.

“Unfortunately, I am a Newcastle United supporter which can sometimes mean there’s a fine line between high performance and complete rubbish.

“But, if there’s sport on the TV, you can guarantee I’ll watch it – I specialise in sharing completely unnecessary sporting statistics!”

Having grown up playing a number of grassroot sports, Oscar shares GiveToLocal’s passion for supporting communities.

And after a conversation with Media Manager Simon Rushworth in 2019, he knew that joining GiveToLocal would be a step in the right direction.

“My path to GiveToLocal really started out in the summer of 2017,” Oscar explained.

“During my university studies, I had an internship with the Northumbria University Sport Media Team, where I met Simon and Colin [Stromsoy, Director of Strategic Partnerships].

“The placement involved covering the university’s sports teams and after that I decided that I wanted to work in the world of writing and journalism.

“So a few years after my internship, Simon came to me and told me about GiveToLocal and the rest is history really! It was a no-brainer to join the organisation, especially one that is committed to supporting sport.”

Having joined GiveToLocal in January, Oscar couldn’t have predicted how quickly his role would evolve.

Just two months later the COVID-19 pandemic hit the UK, resulting in a prolonged period of working from home.

But despite the challenges brought about by lockdown, Oscar admits that he has learned plenty about himself and his colleagues over the course of the last few months.

“I’ve tried to keep things in perspective,” he explained.

“Ultimately, there are people who are far worse situations than mine.

“At first, working from home was very strange.

“Over the course of lockdown, I’ve learnt how important it is to talk to one another. As someone who loves to chat and getting to know people, I’ve found it difficult going from constant socialising to varying degrees of interaction.

“You’re not necessarily in an unfamiliar environment but it felt weird not being able to interact with people that you’d usually speak to face to face on a daily basis.

“One of the things that I’ve found has really helped throughout these strange last few months has been the fact that everyone at GiveToLocal has really looked out for one another.

“Everyone’s in the same boat but having chatted to everyone at some point during the lockdown, you can see that people are still looking out for one another and that’s something that I’ve found really reassuring.”

And the Media and Communications Executive admits that what drew him to GiveToLocal was the opportunity to hear and share stories from community sports clubs across the UK.

“What drew me to GiveToLocal was its personal approach,” said the 23-year-old.

“We’re committed to supporting a lot of different sports and part of that means that we get to directly interact with thousands of clubs across the UK.

“Part of my job relies upon directly engaging with these clubs and I love hearing what they have to say. I love talking to them about their plans for the future and how they want to build up their club.

“GiveToLocal is an organisation that is predicated first and foremost on helping to support people and their local communities. It fills me with pride knowing that I’m directly contributing towards supporting people and the sports clubs they love.”

And after seeing the progressive strides made by the organisation over the course of 2020, Oscar is bullish about the potential power and reach GiveToLocal could have across the UK.

“Ultimately, I want to see GiveToLocal grow into something that revolutionises grassroot sport,” said Oscar.

“I want to see it become a platform for amateur clubs and professional athletes alike to be able to share their grassroot sporting experiences.

“We have the opportunity to provide tangible support to thousands of kids and adults across the UK.

"Additionally, we also have the potential to encourage some of them to follow their dreams into professional sport in some way, which is also fantastic.