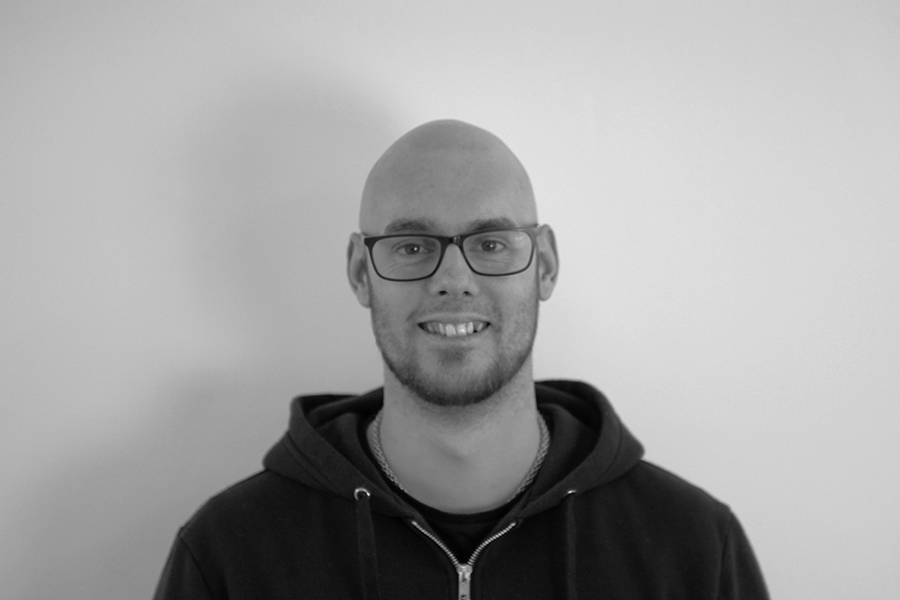 June 7th 2002 is a date that will always live long in Scott Wall’s memory.

On that day, England faced off against Argentina in the 2002 World Cup, with qualification to the knockout stages of the tournament on the line.

To set the scene, four years prior to their 2002 showdown in Sapporo, Japan, David Beckham was infamously sent off during the 1998 World Cup, after a clash with Argentina’s Diego Simeone.

England went on to lose the match.

Brandished as a villain during the intervening years, Beckham headed into the 2002 World Cup with a point to prove.

Facing off against Argentina again, the former Manchester United star redeemed himself when he managed to net the winner against the very opponents he was dismissed against four years prior.

Scott celebrated like millions of other football fans across the country. But for him it was a life-changing moment.

“The reason I can remember it so well is because it was the first goal I ever celebrated so enthusiastically.

“I was 15-years-old at the time and I remember Beckham slotting that penalty away and I celebrated like mad.”

Unlike many young children who have a love for football, Scott’s passion for the game came during his teenage years.

And while it was Beckham’s goal that sparked his love for football, he now supports the then Manchester United player’s arch rivals Liverpool - much to the dismay of his stepdad.
“When my dad was younger, he was a Liverpool fan,” said Scott.

“Because I wasn’t really interested in football when I was younger, it meant that I didn’t really have any ties to who I should support.

“Originally, I’m from the North East.

“But at the time, my stepdad supported Sunderland so supporting Liverpool became a pretty easy decision for me!”

With a background in sales and IT, Scott joined GiveToLocal in order to work alongside former colleagues Neil Gardiner [CEO] and Keith Watson [Club Engagement Manager]

“I worked with both Neil and Keith at a previous company, which was a national IT solutions provider,” said Scott.

“I had a background in working in sales and it was something that I felt I was good at.

“But it was something that I never truly loved. It was very much a quid pro quo relationship: me selling someone something and then expecting something back in return.

“So when Neil asked me to come and join him at GiveToLocal I was delighted. He was my manager at the previous company and obviously saw something in me that I could bring to the team here.”

As Internal Engagement Manager, Scott is responsible for helping community sports clubs progress through the GiveToLocal process, which later allows them to access much needed funding.

And after GiveToLocal moved to support eight additional sports last month, it’s that part of the service that he loves.

“The other reason I joined GiveToLocal is because it’s very different to sales,” said Scott.

“I love being able to say to someone ‘look, I want to help you out in any way I can and I’m not asking for anything in return’.

“There are challenges, of course, like trying to put processes in place whilst also trying to get to grips with the rules and regulations around new sports at a grassroots level as we grow at such a rapid pace.

“But I love being able to have conversations with people and explain to them what GiveToLocal is and what we aim to do.

“That’s one of the best parts of my job. I enjoy being able to explain to people the concept and how it can benefit them and their team.”

With GiveToLocal making positive strides to support sports clubs across the UK, Scott has high hopes for the organisation’s potential.

And as a massive American Football fan, he has a dream that one day GiveToLocal will hit the United States of America.

“For me, I’d love to see GiveToLocal in a position where we could move to support teams across the world,” he added.

“I love American Football, and across that sport, many of the high-profile players have given a lot to their local communities during the coronavirus crisis.

“When you look at players like Drew Brees of the New Orleans Saints, you see that there are players who want to give back to support their communities.

“So if GiveToLocal ever made it across to the States, I think that would be really cool to see.”