We're aiming to put £10 million a year into community sport 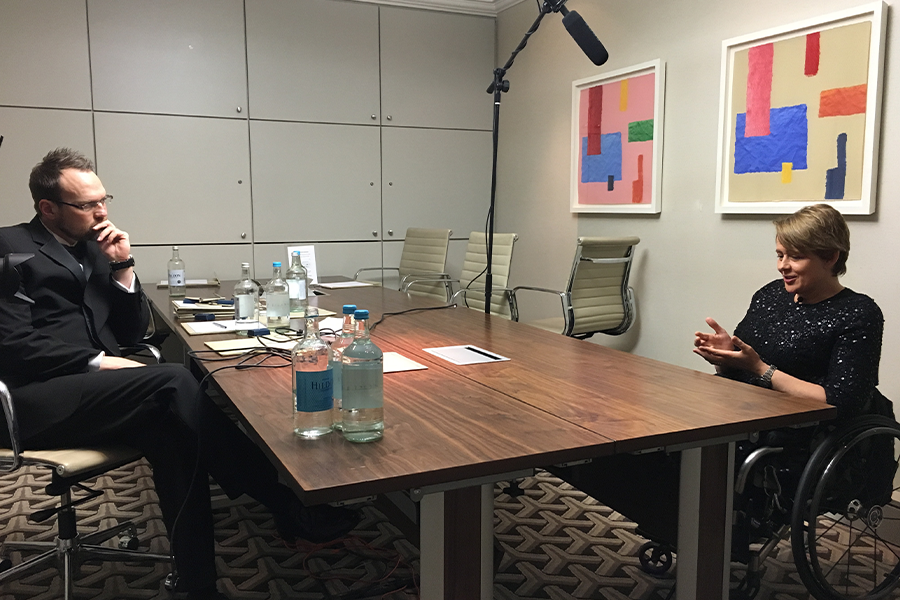 Name a sport and he’s probably covered it. From football to rugby, cricket to basketball, there isn’t a sport Simon Rushworth doesn’t love.

Having reported on sport in a number of different roles during the course of his career, Simon’s is a familiar name across the UK media scene.

As Media Manager for GiveToLocal, the 46-year-old father of two brings a wealth of journalistic experience to the table.

And he also shares the organisation’s passion and commitment towards helping community sports.

“When I was younger, I played absolutely everything going - football, cricket, tennis, golf…even bowls! You name it and I played it.

“As I got older, I loved pushing out positive messages around sports that wouldn’t necessarily always get the lion’s share of media coverage.

“There are some exceptional stories to be told within community sport and we’ve got a chance at GiveToLocal to use those stories to make a difference.”

With a passion for sport stemming from an active childhood, a career involving sport seemed inevitable.

And when he wasn’t playing sport, Simon was an avid reader of Newcastle’s premier evening newspaper, The Chronicle.

And he admits that this played a key role in shaping his professional career.

“From the age of 11 I used to get the Chronicle out of the letterbox before my parents and I’d read every word in the sports pages,” said Simon.

“Even back then, I knew that’s what I wanted to do.

“I didn’t really know how it all worked but I knew that I wanted to do something that involved writing about football.”

With a rough plan in mind for his budding career, Simon knew that if he was to break into the world of media, he would have to build up as much experience as possible.

And the Blyth, Northumberland, native credits the work experience he had with the Chronicle, back in 1995, for setting his journalism career in motion.

“I’ve had various media management roles over the years but my background is as a sports journalist,” said Simon.

“It’s still my main focus and I can’t imagine a time when I don’t write about live sport.

“I originally got into journalism through work experience at the Chronicle with Alan Oliver, who was the Chief Sports Writer at the time.

“That was the Easter before I finished my degree at the University of Sheffield.

“The Chronicle sports desk said to me at the end of my placement that if I didn’t have a job in the summer, I could come back to them and build up some more experience in the office.”

All of a sudden, Simon found himself thrust into a world of opportunity, with the 21-year-old given the chance to cover his boyhood football team, Newcastle United.

“I started off as a club reporter for the Chronicle in the spring of 1996 and my first season covering Newcastle United was the 1996/97 season,” said Simon.

“I was at the training ground pretty much every day during the ‘Entertainers’ era!

“I was incredibly fortunate to work with a number of extremely talented players and it was a fantastic time to be involved with the club.

“After that season, I had to go back to the newsroom and work towards my senior reporter’s exams.

“I thought it was going to be hard to get back into covering sport because jobs were few and far between.

“Fortunately, for me, the Chronicle decided to take me on a year or so later as their third Newcastle United writer.”

Having become an established writer on all things Newcastle United, Simon was at the heart of covering the Magpies during their late 90s heyday.

In the immediate post-Keegan era, Newcastle never quite reached the heights of the Entertainers era.

But the arrival of Sir Bobby Robson in September 1999 changed all that and Simon admits it was an incredible time to be in and around St James’s Park.

“Having thought that things would never be as good as they were when I was working with the Entertainers, I got the chance to move to the Journal in 1999 and that coincided with the arrival of Sir Bobby,” said Simon.

“My time at the Journal was intertwined with his and it was an absolutely incredible period to be covering football.

“With Sir Bobby at the helm you started to think that top four finishes would become the norm.

“He brought in exciting young players to complement the old guard and was backed in the transfer market by Freddie Shepherd. Most of the time, anyway!

“I suppose all of us who worked in that environment at the time imagined the Champions League football, big money signings and Sir Bobby’s banter would last forever.

“It’s only now that you realise it was a very special time for the city and the club.”

Of course, Newcastle United isn’t the only Toon-based team that Simon supports.

Alongside his love of the Magpies, Simon is also a huge advocate of Newcastle Eagles and basketball has been the one constant of his journalism career.

“I’ve been all over the world reporting on sport and music but I’ve never missed a basketball season in 26 years,” he added.

“Initially, covering basketball was an opportunity to work at the Chronicle on a regular basis but it quickly became a real passion.

“I’ve worked for different media outlets and covered different sports but the one constant has been basketball and the Newcastle Eagles.

“It’s been an incredible journey and I can’t thank Paul Blake enough for taking me along for the ride.

“To see the club and the Eagles Community Foundation finally achieve a long-held ambition and move into a purpose-built arena last year was very special.”

With a wealth of experience covering an array of sports, Simon is now keen to help GiveToLocal achieve its mission of putting £10m into community sports across the country.

“It’s fantastic to be involved with GiveToLocal’s #InspiredToGive campaign as I’m a huge sports fan,” he added.

“I’ve been fortunate to cover so many sports at the highest level during my 25 years as a journalist - from Test cricket to Touring Cars and NBA basketball to the Open Golf Championship.

“But I’ve also spent many years championing the cause of so-called minority sports and individual athletes in the UK.

“These sports and more have always sat at the hearts of their local communities and made a vital contribution to the health and wellbeing of generations of families.

“It makes sense for me to play a role helping to promote the #InspireToGive campaign as I’ve experienced grassroots sport as a player, a volunteer and a journalist.

“I understand the value of community sports clubs and we simply can’t afford to lose them as a result of the coronavirus crisis.”