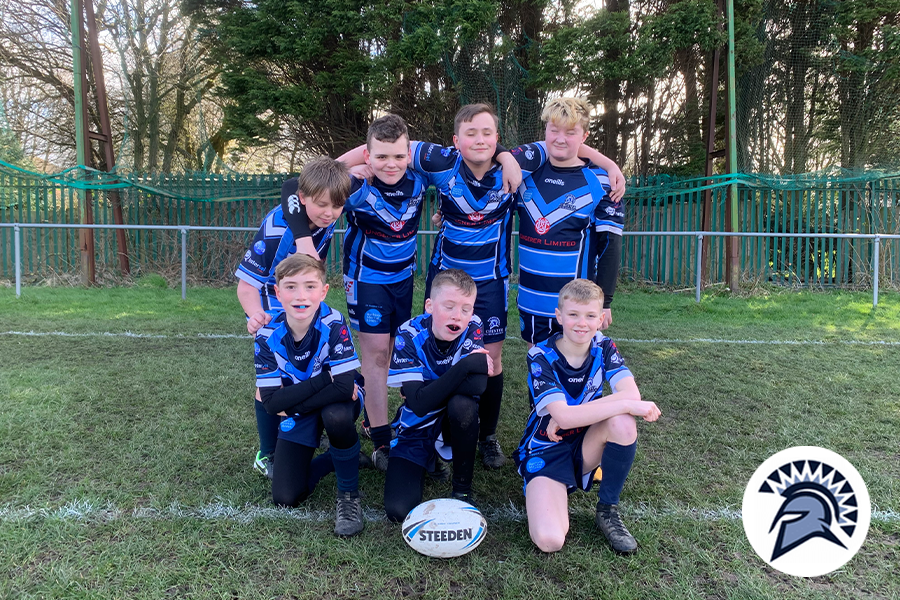 Twelve years ago, four friends came up with an idea.

Fast forward to the present and Chester Gladiators is now an established club on the North West’s Rugby League scene.

And club secretary Paul Foster admits it’s been quite a journey since their fateful first game back in 2008.

“We were founded by a group of like-minded individuals,” said Paul.

“Despite Rugby League being a heartland sport in the M62 corridor - and Chester being only 20 minutes away from that hotbed - there was no Rugby League team in the city.

“So when we started up the club, our ambition was for us to be the number one community club in Cheshire West and Cheshire.

“I think in our first year we only played two or three games and our first match was all the way down in Grimsby!

“There were 17 of us that day going down in the coach and we've grown as a club from there.”

To Paul, Rugby League is a sport that brings about a world of opportunities both socially and physically.

And he wants to ensure that as many people as possible across the local area have the opportunity to experience the benefits of the sport.

“For me Rugby League is one of those sports that builds respect, team spirit and bonds that last a lifetime,” said Paul.

“We want to give as many people as possible, across Chester, the opportunity to play Rugby League because I think it's one of the sports that – until you play it - you'll never understand how enjoyable it is.

“We've now grown to the point where we have four junior teams, an open age team which is our 1st team and then last year we established a masters team for anyone over 35 who still wants to continue to play.

“We've got a reputation across the North West as an ambitious club which wants to develop.

“However, we want to develop for the right reasons because we still want to give people the opportunity to play the sport.

“Our mantra is that we want to keep costs as low as possible for people because we don't want affordability to be a barrier.”

Over the last few years, Chester Gladiators have channelled all their efforts into ensuring that the club has a sustainable future.

As part of this, they re-established their juniors section back in 2015 whilst also running Easter and half-term camps alongside Super League club Warrington Wolves.

But if everything had been going well for Chester then the recent outbreak of COVID-19 across the UK curtailed the club’s season.

And Paul acknowledged that it has brought about an entirely new set of challenges.

“The prospect of coronavirus and the challenges it has brought about are quite daunting,” said Paul.

“We haven't got a ground or a clubhouse to maintain but we do lease off a sports club in Chester.

“Where it's hit us the most, I suppose, is the fact that the lockdown started just as we start our season.

“At this point in time, we'd be ramping up to start to bring new members into the club and all of a sudden that opportunity has stopped.

“So we've lost that opportunity to attract new membership into the club.”

Having recently signed up for GiveToLocal, Paul knows that the road ahead for Chester will be a tough one.

But while all the uncertainty surrounding grassroots sport could be cause for concern, he sees the current challenges as an opportunity for his club to grow.

“It's going to be interesting because, as the restrictions get lifted, we'll begin to see what people's behaviours are towards amateur sports,” added Paul.

“We'll see if people have enjoyed their time away from sport.

“Will they come back or will it be a case of everyone being sick of seeing their family’s faces that they're looking for new opportunities!

“I think for us, as a club, post COVID-19 is a key opportunity growth stage.

“One of the things we want to do for the community is ask 'how do we take pride in the area that we're in?'

“Is that by going out and helping in care homes or by tidying the grounds through litter picking?

“We want to make a major, positive impact in our community as a club which meant that signing up to GiveToLocal was a no brainer for us.”