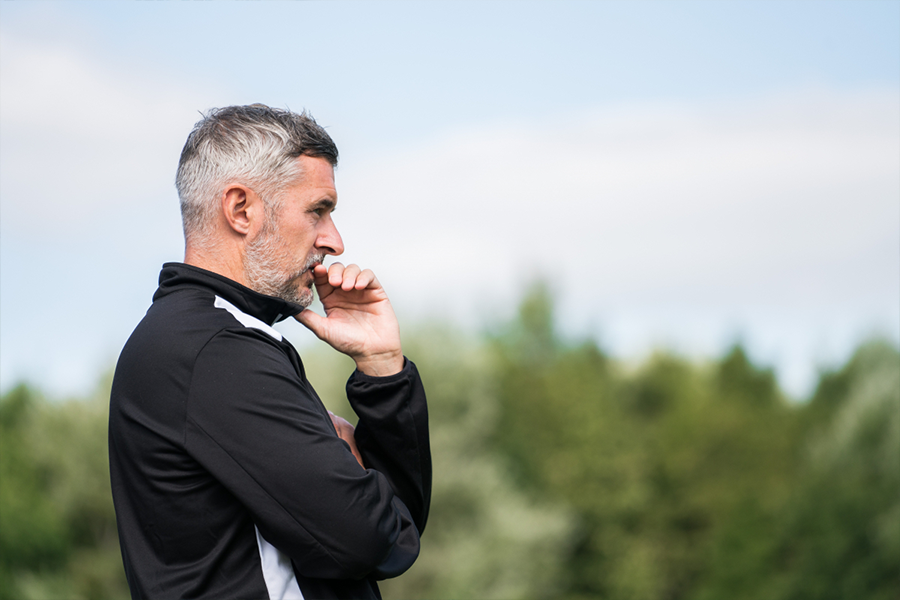 Andy Griffin played professional football for 18 years but the Staffordshire-based academy coach will never forget his formative years in the grassroots game. In an exclusive interview, GiveToLocal found out more.

During three celebrated spells with Stoke City, Andy Griffin played more than 100 games for the Potters, captaining the club to Premier League promotion.

In six years at Newcastle United he starred under Kenny Dalglish, Ruud Gullit and Sir Bobby Robson - famously scoring the winner in a Champions League clash against Juventus at a sold-out St James’s Park.

Fans of Portsmouth and Reading remember Griffin as a key figure in their respective defences. And the tough tackling full back made almost 350 senior appearances during a career that included three England Under 21 caps.

However, had it not been for the bold decision by two neighbouring primary schools to join forces and create a local club for talented youngsters, Griffin’s potential may never have been realised.

“I first played grassroots football at Under 12 level,” recalled the 40-year-old father of three.

“I played for a club called St Jude’s in Wigan. It was a club formed out of two successful primary schools - Winstanley and Highfield Grange.

“I was a central midfielder who liked to do everything! I took the corners, the free kicks, the throw-ins and the penalties and I thoroughly enjoyed my football there.

“Having said that, I couldn’t stand getting beaten. And I used to hate it when games were called off because of the poor state of the pitches and the weather. But that’s grassroots football in a nutshell. It’s so weather dependent.

“I stayed with St Jude’s for four years before I was snapped up by Stoke. They were very happy times.”

Fast forward 25 years and Andy has rekindled his links with the grassroots game.

As head coach at the Andy Griffin Football Academy (AGFA) part of the Newcastle and Stafford College Group, he oversees the post-16 development of students still dreaming of a future in football.

It’s a role Andy never imagined taking up and yet it’s a job he loves. And a job he can’t wait to get back to after the academic year was disrupted by the coronavirus pandemic.

“I finished my footballing career and it was a case of ‘what next?’,” he added.

“After retiring I had 18 months off and really enjoyed my time being a dad with three children.

“But nothing was really jumping out at me in terms of a future career.

“I wasn’t really interested in coaching in the professional game and I didn’t fancy management. I couldn’t see myself running my own business.

“Then someone who works at the College got in touch with me and asked if I’d come in and do some coaching.

“That’s how it all started for me.”

With Andy on board the academy’s reputation has soared. With a dual career emphasis and a wealth of industry expertise, it’s a centre for excellence boasting a national reputation.

The ECFA England international studies a demanding A Level programme consisting of Biology, Physical Education and Photography, alongside her AGFA commitments.

And Jenny - who is also a member of England Rugby’s Under 18s squad - guided Newcastle and Stafford College to the finals of the AoC national championships prior to lockdown.

“We’ve evolved into what I describe as a football club running within an educational institution,” added Andy.

“We try to be as professional as possible.

“There’s also a Stafford team that plays in the local leagues.

“We try to create the perfect package as far as developing football and education is concerned.

“We’ve got better and better but like any football job you need time. I wanted to recruit my own players and stamp my own authority on the place.”

Andy accepts he was fortunate that Stoke spotted his potential and offered him his first professional deal. But for every wide-eyed youngster signing that dream contract, hundreds more must focus on a different route into football.

“As far as AGFA is concerned there’s certainly a sense of giving something back to the community,” explained Andy.

“There are boys and girls who have been turned down by professional clubs aged 16 but that doesn’t mean that their footballing dream is over.

“There might only be one or two of our students who do get into the professional or semi-professional ranks but the others will have qualifications and options.

“We’re here to guide and support these young people and, while they’re here with us, give them a professional club experience.”

Andy is well aware of the talent pool populating the grassroots game but the conversion rate from local junior football to the senior professional ranks is tiny.

“The fact is young people need a backup plan,” he added. “Most young football players don’t go on to become professionals.

“It’s important to strike a balance when you’re trying to get that message across - I want my students to become better footballers but I want them to understand the value of education and qualifications.

“Unless you have a barnstorming idea that nobody has ever thought of and you can find some financial backers to make it happen then you need the qualifications that will help you to put food on the table and pay the bills.”

It’s likely that many of Andy’s students will go on to make a significant impact in the grassroots game long after they graduate college. And he would love to see the football community do better when it comes to sharing its collective wealth.

“There certainly isn’t enough money pumped into the grassroots game when you consider the amount of money in the Premier League right now,” he told GiveToLocal.

“Sometimes it’s a case of certain coaches just lacking common sense and there’s not much you can do about that. But if there was a greater incentive or greater support for volunteers looking to gain their badges then it could make a huge difference.

“Football at that level is not just about winning - it’s about developing. Developing players is one of the biggest gains that can be made from grassroots football.”