Growing Concern Within Our Communities 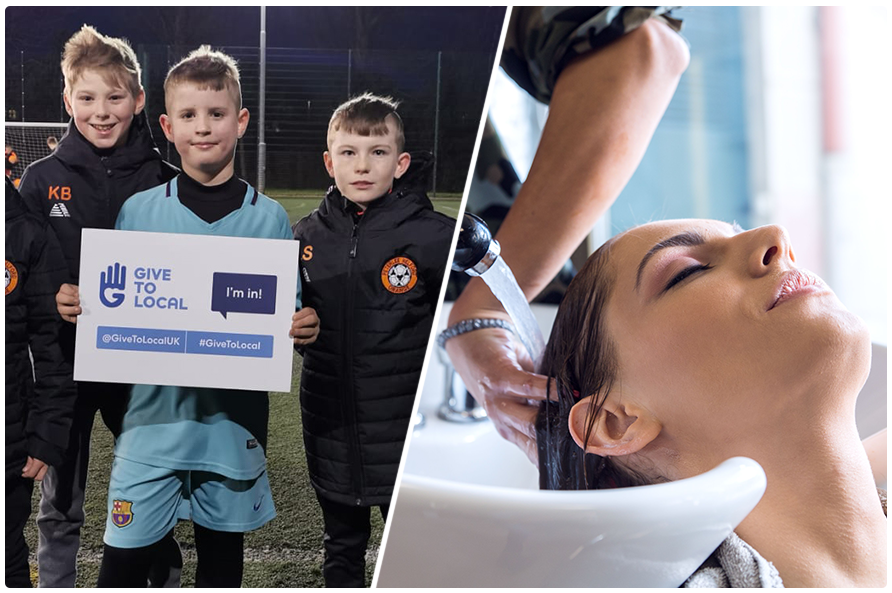 In light of the COVID-19 outbreak, GiveToLocal caught up with grassroots clubs and local businesses across the country in an attempt to understand the challenges they face.

Last month, Prime Minister Boris Johnson enforced a UK-wide lockdown in an effort to try and curb the growing spread of coronavirus.

With the situation evolving fast, grassroots sport and local businesses have been hit particularly hard.

And with all levels of sport postponed and businesses forced to shut because of the outbreak, grassroots clubs are worried about what their future will look like if they cannot find regular funding.

One of those clubs is Yorkshire based Driffield JFC with Club Secretary Jim Laird admitting that the current situation is looking bleak.

“Financially, we are going to take a big hit,” said Jim.

“The biggest thing for us, though, is how the recent news has impacted upon our annual mini summer tournament which we usually have at the beginning of June.

“The feeling is, at the moment, that we won’t be able to go ahead with it - last year we raised about £5,000 from that tournament alone.

“So if you do the maths we’re actually facing a shortfall of nearly £7,000 from those two things alone.”

Jim’s words were echoed by Shaun Quirk, of Teesside’s Cargo Fleet JFC, who pointed out that bad weather at the start of the year, coupled with the impact of coronavirus, has had a huge effect on his club.

“We’ve found things difficult since around December due to the weather which curtailed training and match days,” said Shaun.

“Now, of course, the coronavirus has had an impact too because everything has been shut down.

“As a club, we try not to charge subs if the kids aren’t active - so no training and no match days means no subs are coming in.

“We have 71 kids registered, which means that there should be £5 a week per player coming into the club.

“The knock-on effect of that is that we should have around £350 a week coming into the club in terms of subs which isn’t there right now.

“We’ll be lucky if we get through this period.

“The pressures upon those involved in the club at the moment are ridiculous.”

And it’s not just grassroots clubs that are feeling the massive pressure brought on by coronavirus in these testing times.

Research conducted by the BBC indicates that despite government support, almost a fifth of small to medium-sized businesses across the UK are unlikely to survive the next few weeks if they cannot obtain government funding – with a number of firms telling the BBC that banks have refused to grant them any form of loan.

Amidst the uncertainty, some directors have been told that if they want to borrow more than £250,000 for their business, they must sign a personal guarantee which then puts their own property at risk should the loan go bad due to the coronavirus shutdown.

Susan Wray runs a mobile barber shop which travels across rural areas of the North-East, providing haircuts for those who can’t travel or are unable to leave their homes.

Having set up her ‘Barber Bus’ business five years ago, she has poured her heart and soul into making it a success.

But now, because of the implementation of the government’s lockdown and social distancing policy, she finds herself unable to continue her job.

It’s a situation which she admits has left her feeling distraught.

“I felt devastated when I had to close the Bus down,” said Susan.

“It brought tears to my eyes when I had to write the post on my Facebook page.

“I had to say that, after five years where I’ve put everything I can into it, I’m really sorry but I have to close the bus down for safety reasons.

“I can’t be the two-meter distance away from people and still cut their hair.

“It broke my heart having to admit that but I keep saying to myself ‘this will all eventually come right in the end’.

“The uncertainty of not knowing what is going to happen is scary for me.

“I’ve still got my trade license and my insurance to pay for.

“On top of that I’ve got my home life and two boys who are at home now. It is really scary at the moment.”

With local businesses, in particular, feeling the pressure during these testing times, the need for support is at an all-time high.

Alongside GiveToLocal, one of the organisations that is also helping local businesses is the Chamber of Commerce.

And while they continue to help to try and guide businesses through these uncharted waters, Policy and Engagement Executive Amber Burney admits that there are a number of issues facing local business.

“A lot of the struggles businesses face at the moment are around the fact that they don’t really know what to do,” said Amber.

“The main concern that we have found is that businesses can’t move forward with certain projects they had planned so they’ve had to put them on hold.

“One of the other concerns is that they’re also unsure of how long it will actually take for them to be able to access the support systems.

“They are aware that there will be so many people applying for it all at once.

“There are also a lot of worries around people who work from home or work in managed work-spaces.

“People are worried that if they start furloughing their workers then the government might come back and say they didn’t need to do this and so they won’t get the money back.

“There are so many factors to take into account for these businesses. There’s massive uncertainty across the sector at the moment.”

Despite the announcement by Chancellor Rishi Sunak that businesses would be able to apply for loans of up to £5m to tackle the issues brought about by coronavirus, plenty of them are still feeling the strain.

With so much uncertainty surrounding almost all walks of life, our local businesses and grassroots clubs are looking for reassurance.

And GiveToLocal Chief Executive Neil Gardiner wants to reassure both grassroots clubs and businesses that the organisation is still fully committed to helping those in need.

“At GiveToLocal, we know that it’s a challenging time for everyone at the moment,” said Neil.

“I want to reaffirm that we remain committed to helping the clubs and businesses in our local communities, we are in the later stages of launching a campaign backed by partners from the world of sport, media and business which is aimed at doing just that.

“In a lot of places across the UK, these clubs and businesses play a key part in shaping an area’s identity and make-up.

“We want to be able to help these people out in their time of need.

“Looking beyond this difficult period we want to ensure that these clubs and businesses can not only survive but hopefully prosper.”