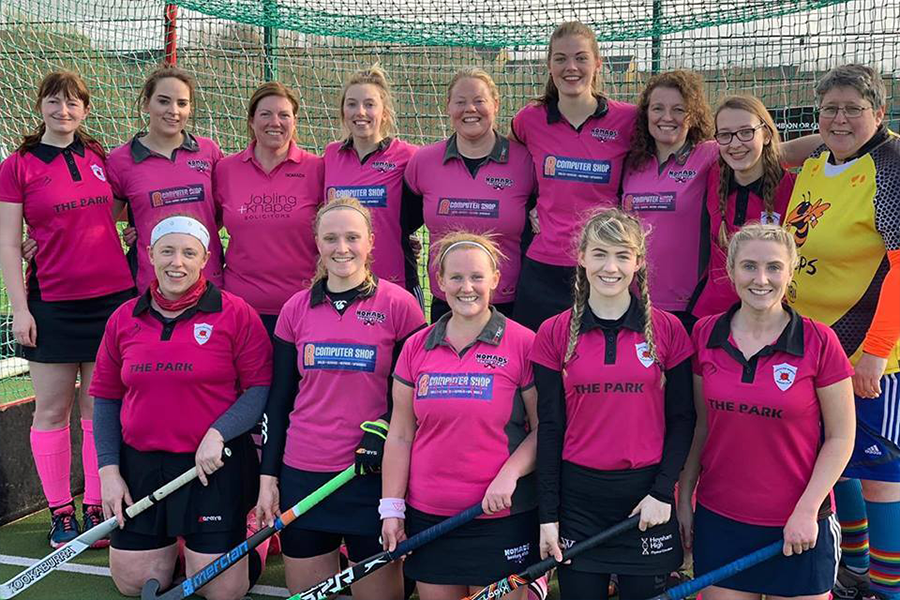 Age is no barrier to hockey-mad Dianne Titterton.

After returning to her favourite sport as a 34-year-old, the experienced sweeper has never looked back.

And 30 years down the line she’s the life and soul of Lancaster Nomads.

“I loved hockey at school but I’d stopped playing by the time I reached my 20s,” said Dianne.

“It was a squash partner of mine who suggested I start playing again in my 30s.

“I joined Lancaster Ladies but in 2008 I felt I needed a new challenge.

“I set up Lancaster Nomads and the last 12 years have been incredible.

“We have first and second teams and at 64 I’m still a regular for the seconds.

“The seconds is more of a social team for ladies who love their hockey. And we do.

Under the shadow of COVID-19, the Nomads were able to complete the 2019/20 season in the nick of time.

And plans are already in place to start the new campaign as planned in September.

“We were very lucky,” admitted Dianne.

“We played our final match – without any handshakes or close contact – in March just before everything closed down.

“So as a club we’ve been able to ride out the coronavirus pandemic without too much trouble.

“Of course, the social side of things has dried up and we’re not in a position to do any fundraising right now.

“But we should be able to start training again soon and it looks like it will be possible to play competitively again in September.”

And secretary Dianne has one eye on the future as she ponders retiring as a player for the second time.

“I think if we had enough players week in, week out then I’d be quite happy shouting from the sidelines,” she added.

“We’re always looking at developing the next generation and laying down foundations for the future.

“We don’t have a junior section but you’ll often find our members’ children playing on a practice night and getting coaching.

“There’s always been a family feel to the Nomads and that won’t change.”

As a small club - with just two teams - sourcing sustainable income is a constant challenge for Dianne and her fellow volunteers.

And she added: “That’s where we hope GiveToLocal will help.

“Like so many grassroots sport clubs we do one-off fundraisers to boost the coffers – we did a dribble along Morecambe Promenade a couple of years back which was a huge success.

“But we have a limited number of members and it’s always the same people being asked to contribute and donate.

“If we can broaden our reach and connect with the wider community it could make a real difference to what we do.

“For example, we’re always looking for kit sponsors. In that respect being part of the GiveToLocal community has got to be a good thing.”