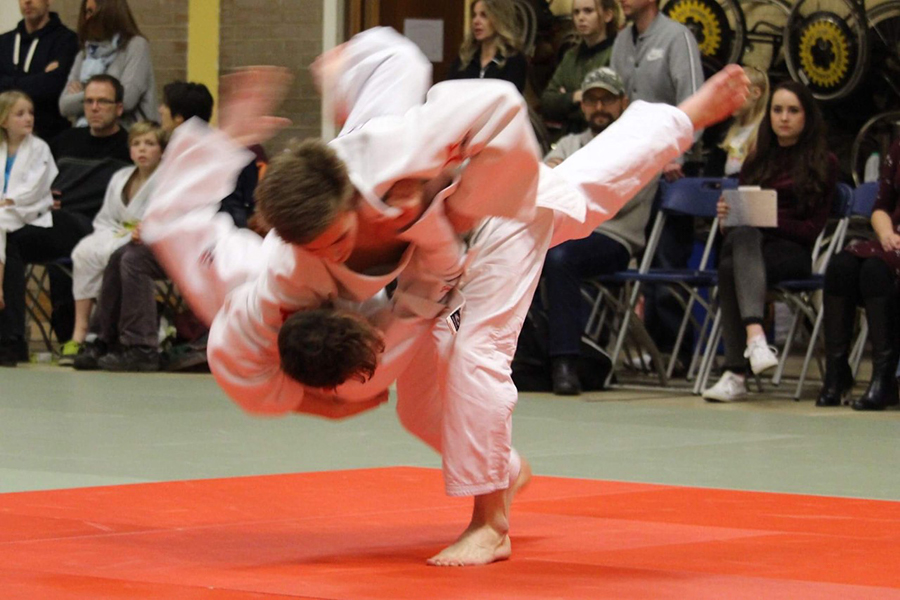 Ipswich Judo Club, like many community sports clubs across the country, has been left fighting for survival in the wake of the pandemic.

GiveToLocal’s ’21 for 2021’ campaign was launched to support even more sports in what’s set to be another difficult year. And Ipswich was one of the first judo clubs to sign up.

The historic club has been at the heart of the community for 64 years, inspiring people of all ages to take up martial arts.

“Paul’s been doing judo for almost 13 years now,” she said.

“He just enjoyed it so much and the club did so much to support him that, when the opportunity came up to be club secretary, I thought it was only fair that I give something back to the club.

“Paul just took to it straight away and he’s loved it ever since. He’s dabbled with football, as boys do, but judo is the one thing that he’s really stuck with.”

Louise thinks it’s the respect and team spirit taught by judo that attracts so many people to the sport — in spite of its perceived individual focus.

“Ipswich Judo is very much a family orientated club and I think a lot of respect is taught within judo itself,” she said.

“It’s an individual sport but it’s almost a team sport as well because you’re there supporting your friends.”

During the first lockdown the sports centre used by Ipswich Judo Club closed and is yet to reopen.

This has left the club virtually dormant for almost a year.

And Louise is desperate to hit the ground running with sustainable funding to start rebuilding the club as soon as possible.

“It would do so much having that sustainable funding,” added Louise.

“It would mean that we could actually encourage some of our former members to come back because we’ve probably lost quite a few during lockdown.

“We’ll have to do a lot of promotion to get people back in I think.

“We want to encourage new people to come and try the sport but we’ve got to focus on getting people back and maybe even finding a new venue first.

“Having a sustainable source of funding would play a huge part in that.”

To begin the registration process for your club visit www.givetolocal.com/clubs