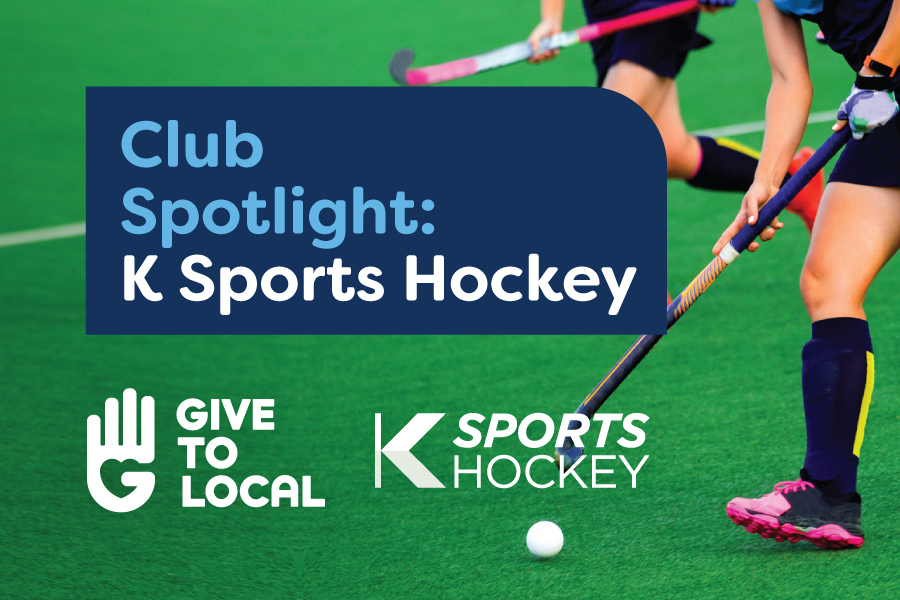 K Sports Hockey Club were recently revealed as the lucky recipients of a £2000 Club Giveaway courtesy of our National Energy Partner, Fusion for Business.

K Sports Hockey Club, based in Aylesford in Kent, has a long and distinguished history. For many years it was one of the foremost hockey clubs in the County but in recent years it has lost its position to others. However, there is a new ethos and drive at the club and a determination to see the club regain and even surpass its previous glory days.

GiveToLocal caught up with Matt Sharp at K Sports Hockey shortly after they were drawn as the lucky recipient of the £2,000 Cash Giveaway to see what impact it will have for the club and their future plans.

“The first thing to say is that we were genuinely ecstatic when we heard the news! We are a traditional, friendly club that is open to everyone but we also would say that we have a competitive edge!”

“Our club exists through the dedication of so many volunteers, they are the lifeblood of our club and we are determined to re-establish our position as one of the foremost hockey clubs in Kent.”

“Finding out that we were the lucky recipients of the £2,000 GiveToLocal/Fusion For Business giveaway is going to be transformational in the development of our community hockey plans. Thanks to this funding, we are now going to be able to run our community hockey recruitment plan, going into schools, running sessions to give young people a taste of what hockey is all about and encouraging them to come down to the club.”

“Thanks to this funding, we are also going to run some adult focused community events, encouraging people who haven’t previously had the opportunity, to come down, visit the club and have some fun playing hockey. Hopefully we’ll recruit some more players but it’s also a chance for people to see what a great club it is and a chance for them to see that there are so many ways in which they can get involved – it’s not just about playing hockey as we’re a fantastic social club too.”

“Thanks to GiveToLocal, we now have the ability to engage our local community in a completely new way which has given us even more optimism and excitement about the future of this great club.”

Neil Gardiner, Co-Founder and Chairman at GiveToLocal was delighted to hear of the ambitious plans for K Sports Hockey Club and the positive impact the £2,000 is going to have.

“I’m truly delighted to hear the positive plans for the £2,000 giveaway and I know for a fact that the clubs use of GiveToLocal will continue to have a positive impact for community hockey in Aylesford and the surrounding areas. This is what GiveToLocal was created for. To support the incredible volunteers at community clubs across the country, ensure their clubs have a secure future and create more and better opportunities for everyone to get involved in sport and activity. On behalf of our team at GiveToLocal and our partners at Fusion for Business, I know we are proud to play our part in supporting the important role K Sports Hockey Club plays in their community”.