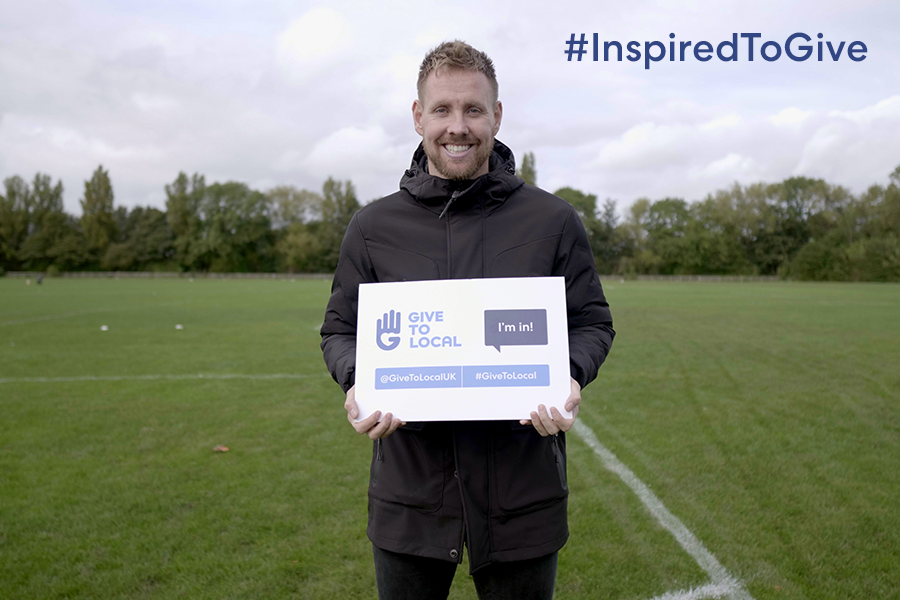 Newcastle United’s Rob Elliot has backed GiveToLocal’s #InspiredToGive campaign, with the goalkeeper putting up £1,000 for the first of 21 days of giveaways.

The #InspiredToGive campaign is focused on bringing local sports clubs and businesses together in an effort to strengthen communities during the day-to-day struggles brought about by COVID-19.

And following his £1,000 donation, Elliot admits that it was the least he could do to support community sports clubs within the GiveToLocal family.

“I wanted to support the #InspiredToGive campaign because it’s clear to me that these clubs need as much help and support as possible,” said Rob.

“Now, more than ever, I think it’s important that we try to help out where we can.

“Everyone has their own priorities right now and, given the current climate, that is completely understandable.

“The reason I got behind the campaign was because, without support, these clubs might not exist once this situation with coronavirus is resolved.

“It’s sad to think about that scenario given that there are so many volunteers who put so much into community sports.”

Club Treasurer David Foster admitted he was delighted to benefit from an unexpected boost at such a difficult time.

“Sarah Craggs, whose post was chosen, sent me a message to say we’d been selected and we we’re all just delighted.

“It went on our Facebook page as well and we’ve got a really nice response.

“To be able to have some additional funding during these challenging times is absolutely brilliant.

“We’re very much a community club and we’re currently doing quite a bit to help out foodbanks with donations - alongside other clubs.

“We’ve stopped taking subs from people and obviously we haven’t been training.

“But we do have annual presentations nights that we wanted to fund so anything we can get is much appreciated.”

In recent weeks, GiveToLocal has opened up its innovative service up to eight more sports to help community clubs across the UK.

And Rob, who is a big follower of Kent Cricket, admits that now is the best time for the organisation to roll out its innovative service to give community sports clubs the support they need.

“I think it’s great that GiveToLocal have been able to roll their services out to multiple sports,” said Rob.

“Now, more than ever, community clubs need support because without it, there’s a real chance that they might not exist once this situation is all over.

“Lots of people enjoy loads of different sports and I love cricket.

“I haven’t been able to go much these last few years as I come back to the family home in Kent less often now, with having kids and being so far away.

“I still try to watch Kent games when they’re on TV and follow the team online – I really enjoyed the Vitality Blast last year.”

To read more about Rob’s love of cricket, click here.