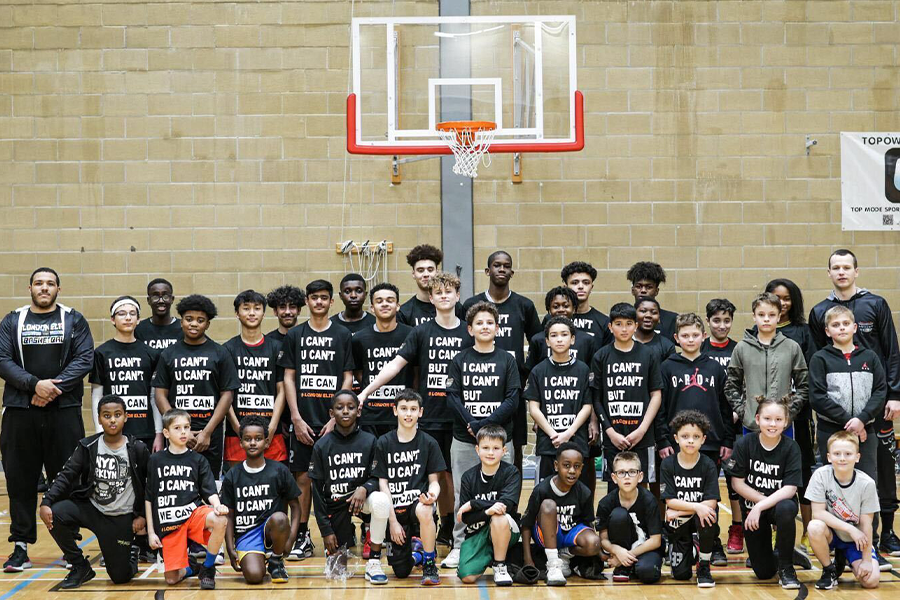 Having worked in and around basketball for 20 years, Daniel Szatkowski has a wealth of sporting experience.

An ex-professional player, Daniel formed London Elite Basketball club in 2019 with the aim of providing kids with the best possible opportunities to play basketball.

And since its formation, the club has gone from strength to strength, much to former BBL player Daniel’s delight.

“I established London Elite Basketball around a year ago,” he said.

“Based on my previous experience with other basketball clubs, I think that in our first year we have reached goals that some clubs take around 15 years to reach.

“We have developed a grassroots base of 150 members so we have 150 kids playing basketball every week.”

With the club growing at a rapid rate, Daniel and London Elite are eager to continue their already impressive progress.

Alongside Daniel’s involvement, the club also retains the services of seven additional coaches, to help maintain a high level of teaching.

And while COVID-19 has meant that the club has postponed all of their training sessions, Daniel acknowledges that the time away from the court has allowed the club to strengthen in a number of other areas.

“Heading into the lockdown, we as a club decided that there were certain things we wanted to improve,” said Daniel.

“We were quite proactive because we decided to move all of our coaching online. We release a weekly schedule over social media with as much stuff as we can for the kids.

“As coaches, we run conditioning sessions too and we look to do some challenges for the kids as well to give them something fun to do.

“One of the other things we've started doing, is we've got our osteopath, Adam, to share all kinds of injury prevention exercises too.

“I talk to the kids about nutrition and we're trying to stay in touch with as many parents as possible to keep the kids engaged as a club.”

Earlier this week, GiveToLocal received support from British basketball’s most decorated coach, Fab Flournoy, who was keen to espouse the importance of community sports.

And Daniel echoed Fab’s words, with the Polish national now keen to give back to the local communities of West-London.

“At the moment, we want to ensure that all the parents and kids we work with, within the local community, are at the highest possible level with regard to their personal well-being,” said Daniel.

“Looking at all the coaches in the sport, especially when it comes to basketball, they're not doing it because of the unbelievable salaries.

“Coaches coach because they love to help kids and because they want to help the next generation. When you coach kids, you begin to understand the communities around you.

“As a coach, I want to be able to give the kids who play for London Elite the best possible opportunities they can have.”

As one of the first basketball clubs ever to sign up to GiveToLocal, Daniel is well aware of the issues that face community sports clubs across the UK.

And he believes that both GiveToLocal and London Elite are on the same page when it comes to building communities up.

“I found out about GiveToLocal through Facebook after they announced that they were moving to support different sports,” said Daniel.

“My first thought was that GiveToLocal has a great opportunity to create a structure to help kids out whilst being very successful within local communities.

“GiveToLocal's message fits in very nicely with our philosophy regarding communities too.”