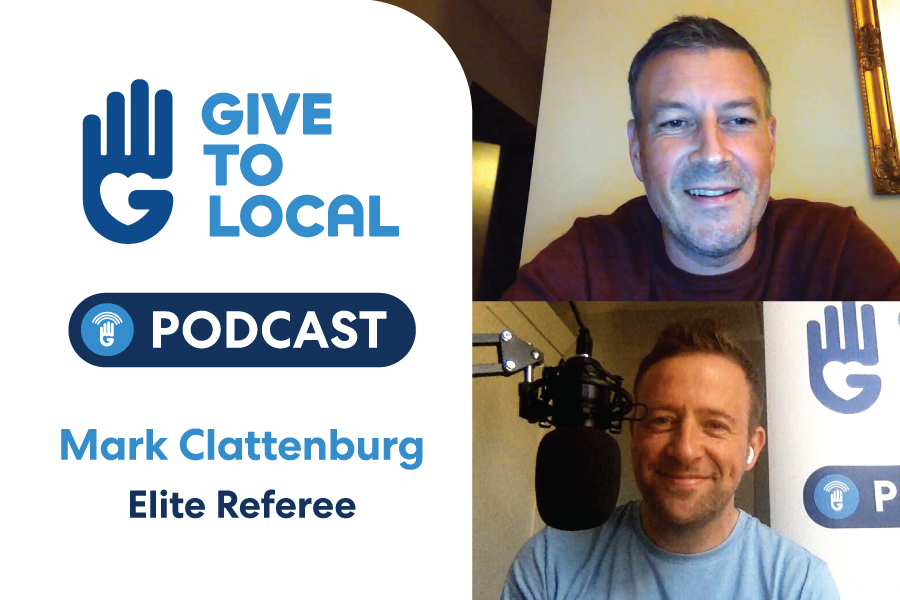 Mark Clattenburg has refereed at the highest level of world football, from intense Premier League clashes to the Champions League final.

However, it wasn’t always heated pitches and Premier League stars for Mark.

The accomplished referee worked his way up from the humble, and often unforgiving, grassroots scene.

Mark joined Justin Lockwood on the fourth episode of the GiveToLocal podcast to chat about his start in refereeing and the impact of technology like VAR on the modern game.

“Refereeing grassroots football in the North East really gave me a great grounding for the future,” said Mark.

“I’ll never forget that initial grounding because that’s why I did so well at the top level – I never changed.

“I can remember when I was refereeing in the Sunday leagues, we were out in Whitley Bay on a Saturday night and the players would verbally abuse you ready for a Sunday morning game!

“They were all beered up and I had to deal with that. It was about survival and that experience gave me character to deal with the top-level play in the future.”

One of the biggest changes to refereeing in recent years has been the introduction of VAR technology — a topic that polarises fans around the globe.

Mark has experienced the technology first-hand and believes it may be removing some emotion from the game.

“I think VAR is taking a lot of the emotion out of the game and we need to address that.

“It’s not helping the beautiful game at the moment.

“When we see David Marshall, the Scotland goalkeeper, not being able to celebrate saving a winning penalty because he’s panicked that his foot might have been off the line – that can’t be right.

“We all love football and we all love the emotion. Technology shouldn’t be there to spoil the passion.”

Catch the full podcast with Mark Clattenburg later this week — there's a chance to win a £250 Kitlocker voucher if you keep your eyes peeled!