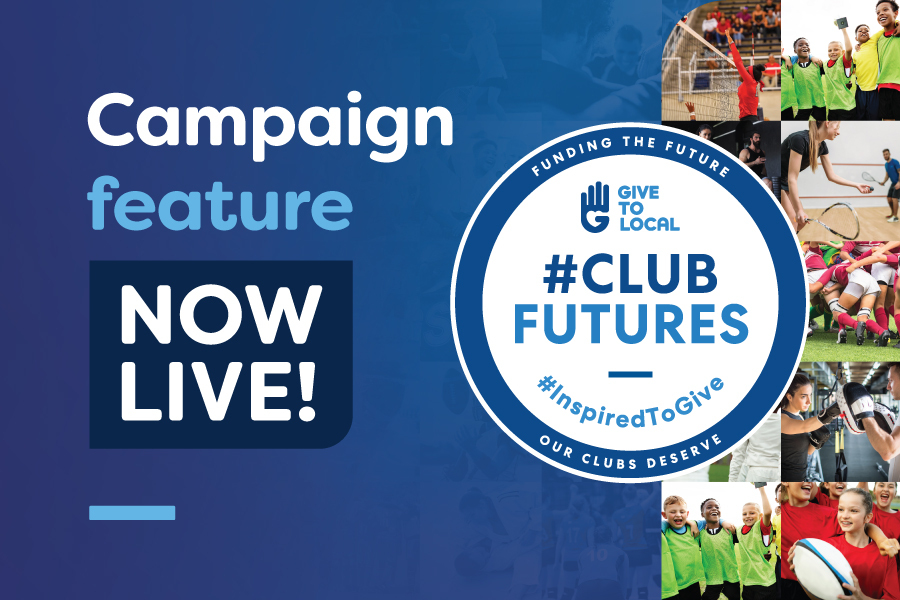 We’re very proud to announce that a brand-new feature of GiveToLocal’s technology, called “GiveToLocal Campaigns”, is now live, and clubs all over the country are jumping at the chance to benefit from it!

This new development, fully supported by our growing Club Engagement team, is the result of some sterling work across all teams within GiveToLocal as we sought to apply the learnings from our successes (and disappointments) as we have rolled out our service to clubs all over the UK.

Neil Gardiner, Chief Executive of GiveToLocal explains: “We aren’t going to hide our excitement about this new feature as it has been 100% data-driven and our team have put a lot of effort into it, working with clubs in multiple different sports to test it.

“A principle we subscribe to across our whole organisation is that a piece of technology or service simply being available doesn’t mean people will benefit from it, the benefit comes from people engaging with it.

“We have seen some absolutely outstanding results from clubs when they launch with GiveToLocal but we have also seen others struggle. There was a lot of curiosity as to why, and learning that needed to be embraced, this new feature is a direct result of that.

“To cut to the chase, through “GiveToLocal Campaigns” we have created a brand-new way for clubs to initially launch their club with GiveToLocal and also subsequently push to increase the support they receive from across the community.

“We have built a feature which enables clubs to promote a one-off fundraising aim for their club easily across their local community and built in the technology to make it easy for them to share with local people, local businesses and to attract either one-off or regular financial support for their club.

“As with everything we do, our ZERO FEES policy applies, so if a club launches a campaign to raise £5,000 to upgrade their facilities they get to keep the whole £5,000.

“There is also a clever extra feature in our technology which perfectly aligns with Campaigns and makes connecting with the local business community so much easier for clubs, but we will be making a further announcement to highlight how that feature works next week.”

Colin Stromsoy, Director of Strategic Partnerships at GiveToLocal shares Neil’s enthusiasm about GiveToLocal Campaigns: “Having been close to this from the beginning, it has been hard to keep it under wraps, this new development just adds so much value to what we can offer clubs, and the interest and uptake already with test clubs has been astounding!”

If you want to know more this new feature (and have a sneak preview if you aren’t yet registered with GiveToLocal) visit: www.givetolocal.com/campaigns

If you are new to GiveToLocal and want to get your registration underway then there is no better time to start than now, via: www.givetolocal.com/clubs