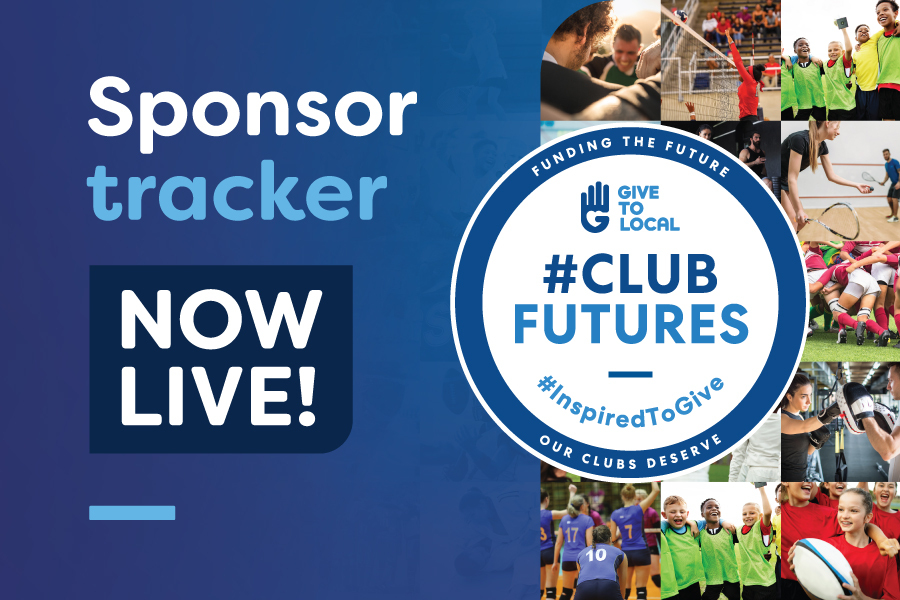 We’re delighted to start November with a bang, by introducing a brand-new feature called “Sponsor Tracker”. This feature is now live, meaning all clubs that launch from this date forward will benefit from all the hard work that has gone into testing this transformative feature with clubs all over the country!

This new development is fully supported by some brilliant new GiveToLocal team members joining our ever-growing Sponsorship Engagement team. This is an incredibly exciting development that has seen so much enthusiasm from clubs, donors and sponsors alike.

Jerome Iveson, Chief Product Officer at GiveToLocal explains: “I don’t often use the word ‘game-changer’, but this new feature most certainly is one.

“We’ve made no bones about the fact that we are here to effect a change in how community sports clubs are funded into the future. We have always known from the start, that part of what would be required was going to involve breaking new ground and with this feature we have certainly done that.

“Working so closely with sports clubs, their members and their local communities has enabled us to really understand what will and won’t work. This new feature is an example of this approach as it has been developed directly from feedback from clubs. Clubs have been telling us what they needed and now this new feature will be a huge catalyst for change in how clubs can reach out and connect with local businesses and get the whole club involved in the positive activity around that.

“To cut what could be a long story short, through the new ‘Sponsor Tracker’ we have created a brand-new way for clubs to identify the local businesses their club members would like to see supporting their club. It then makes connecting with them so simple and easy and securing them as sponsors is now a vastly reduced amount of work than it would be outside of using GiveToLocal.

“It is very clear that the opportunity presented through ‘micro-sponsorship’ is very attractive to local businesses with a strong sense of community spirit. This new feature helps those who are involved with local clubs, be it as club officials, coaches, players, partners, volunteers or even just as donors to collaborate in building the club’s network of sponsors in such a positive but simple way.

“This new feature is really well aligned with the recent release of our ‘Campaigns’ feature, the two work very well together. When use din that way, the Sponsor Tracker can really help to add to a campaign and give increased motivation to the local business who is making the decision to support the club at that time.”

Colin Stromsoy, Director of Strategic Partnerships at GiveToLocal shares Jerome’s enthusiasm about the Sponsor Tracker: “Having been involved in sport my whole life, personally and professionally, I know that nothing else like this exists.

“We know the value this feature will have for clubs as it has been developed in collaboration with the very clubs who wanted and will use it. To say I am excited about seeing the result from its roll-out is an understatement!”

If you are new to GiveToLocal and want to get your registration underway, there is no better time to start than now, via: www.givetolocal.com/clubs