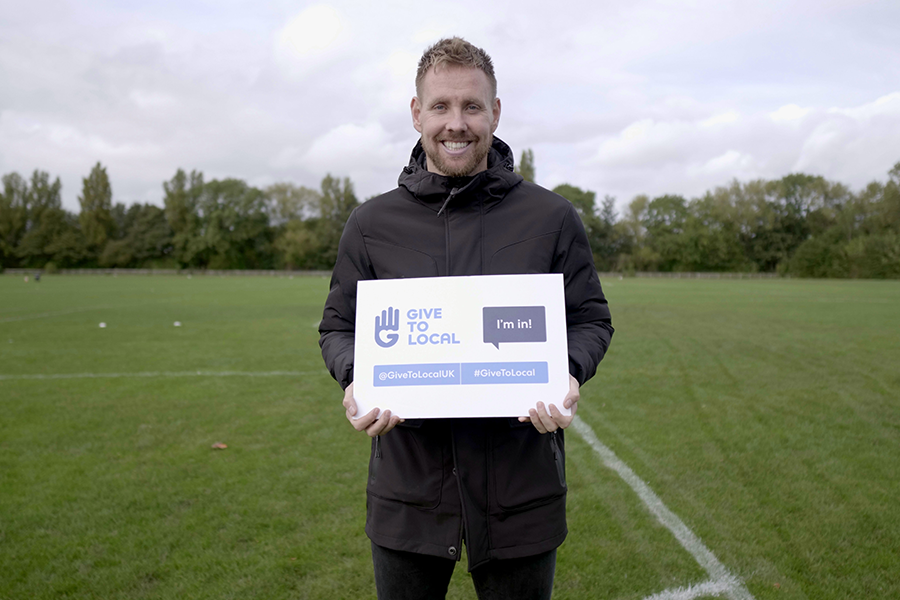 Newcastle United goalkeeper Rob Elliot has called on the grassroots football community to stay strong in the face of the coronavirus pandemic - as the Premier League prepares for its long-awaited return tonight.

With schools open to a limited number of pupils and the grassroots game in lockdown, a whole generation of footballers is facing an increasingly uncertain future.

But Rob, who is one of a number of professional footballers to pledge his support to GiveToLocal, is confident the support is there to tackle the long-lasting impact of a fast-changing crisis.

“What’s important is making sure that the kids who can’t play football right now have the opportunity to get back out there as soon as we get back to some kind of normality,” said Rob.

“It’s vital that they don’t suffer and it will be more important than ever to get them exercising and enjoying sport again after an extended period away from their clubs and their schools.

“We all know that there is enough money at the top end of the game to ensure grassroots football comes through this crisis. It can and it will.

“Grassroots sport is all some children have and it’s such an important part of the local community.

“We need to make sure that there is a route straight back into the game as soon as possible.”

Elliot came through the grassroots ranks at non-league Erith Town before clinching his first professional deal with Charlton Athletic in 2004.

And the Republic of Ireland international knows better than most the vital role the grassroots game plays at the heart of local communities across the UK.

“Grassroots football’s strength has always been its structure and the army of volunteers who make things happen week in, week out,” he added ahead of the Magpies’ return to league action against Sheffield United this weekend.

“That structure and those people will still be there when all of this is over and we need to be there to support them and help them get back to what they do best.

“It’s difficult to find positives in the current climate but I’d like to think that something that might come out of this is a greater appreciation of things we take for granted.

“That includes grassroots sport. It’s only when it stops that you realise its true value.

“At GiveToLocal we are determined to support sport across the board and help any club, team or organisation that’s really struggling - now and in the future.”

GiveToLocal already works with more than 44,000 teams across 10 sports nationwide, seeking to provide sustainable income for grassroots clubs across the country.

Our mission is to pump £10m into the grassroots game annually using an application which connects businesses with their local communities.

Rob has seen its value at first hand and believes GiveToLocal can make a real difference during the difficult days ahead.

“It’s difficult to stay positive right now but what I’d say to those kids is just look after yourselves and your family and stay strong.

“Right now the most important thing you can do is keep yourself safe and know that your sport will return.

“I know it must be scary to be faced with this situation but the grassroots sport community can join everyone else in keeping the country safe right now.”

Rob was in contention to make his first team comeback against Manchester City at St James’s Park in the FA Cup prior to lockdown.

But first choice Martin Dubravka’s return to fitness means Newcastle’s reserve keeper could have played his final game for the club.

Rob is set to leave United in the summer with his contract due to expire once the interrupted 2019/20 campaign has been completed.

But the popular stopper is determined to play a key role down the stretch after keeping himself fit and firing on all cylinders during lockdown.

“At the top level we’re extremely fortunate - whether that’s in terms of financial security or having access to the very best advice and support,” he added.

“Before we returned to the training ground we were all given individual plans and told what we could do inside our homes and in isolation.

“If we could train in a gym there were guidelines for that. If we couldn’t then we were given advice on using weights and running.

“It’s our job and we have a responsibility to stay on top of things.

“Like everyone else I had to adjust to a new way of doing things as a father and as a footballer.

“But it feels great to be able to focus on football again.”

For more information on GiveToLocal and to sign up to our unique service visit www.givetolocal.com