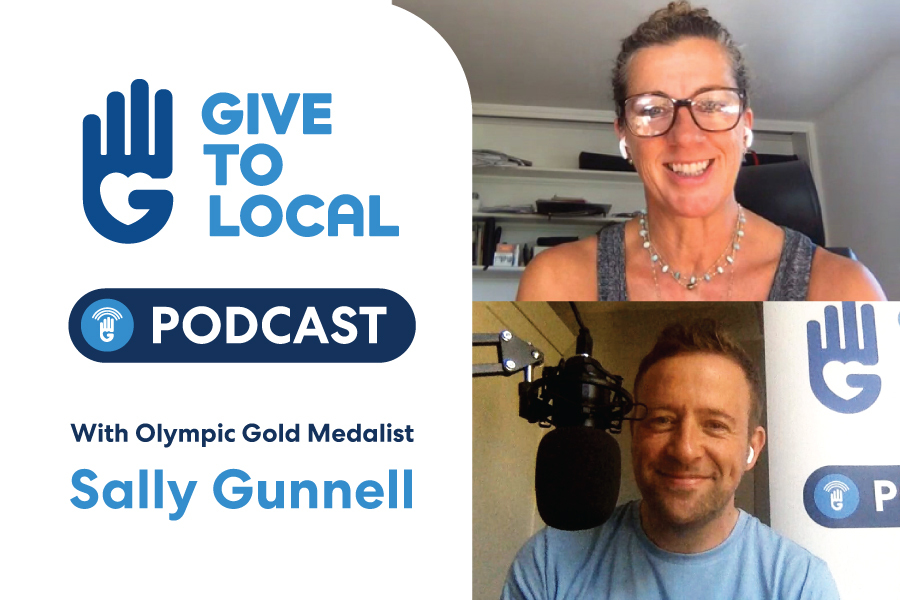 Sally Gunnell became a household name across the country in 1992 when she triumphantly crossed the line in Barcelona to win an Olympic gold medal in the 400m hurdles. ‍

She is still the only woman to hold the Olympic, World, European and Commonwealth titles at the same time and was the first female 400m hurdler in history to win both the Olympic and World titles and break the world record.

Justin Lockwood had the pleasure of sitting down to chat with Sally about her incredible sporting experiences and ongoing charity work in the first ever episode of the GiveToLocal podcast.

Taking it back to that legendary day in ’92, Sally talked Justin through what it feels like to have the expectations of a nation on your shoulders.

“I don’t think at the time I realised how life changing it was going to be and when I won it suddenly hit me,” explained Sally.

“I’d done so much mental preparation, I’d done every single track session that I needed to do, I was in the best shape of my life – but I still had to go out and actually win it.

“It’s your one chance. If I didn’t do it then I knew I’d probably never have that chance again. But you’ve got to put that in the back of your mind. So much of it is about mental strength.”

The image of Sally throwing her arms in the air after crossing the line in ’92 has become an iconic part of British Olympic history. But, when did it sink in for Sally that she had actually won?

“Which is crazy isn’t it because it just doesn’t sink in. The whole medal ceremony was like just being in a cocoon that you couldn’t get out of.

“And then you’re thrown into this whirlwind of breakfast telly, Buckingham Palace – this whole world that is just not all your sort of thing at all.

“You become this household name and people start looking in your food trolley at what you’re eating and peering through your window!

“It probably was a good couple of weeks until I started to come down a bit. You’re on such a high and then you start to let it sink in and say ‘wow, you deserve this’.”

Watch or listen in full on our brand new podcast page - there's also a £250 Kitlocker voucher up for grabs!