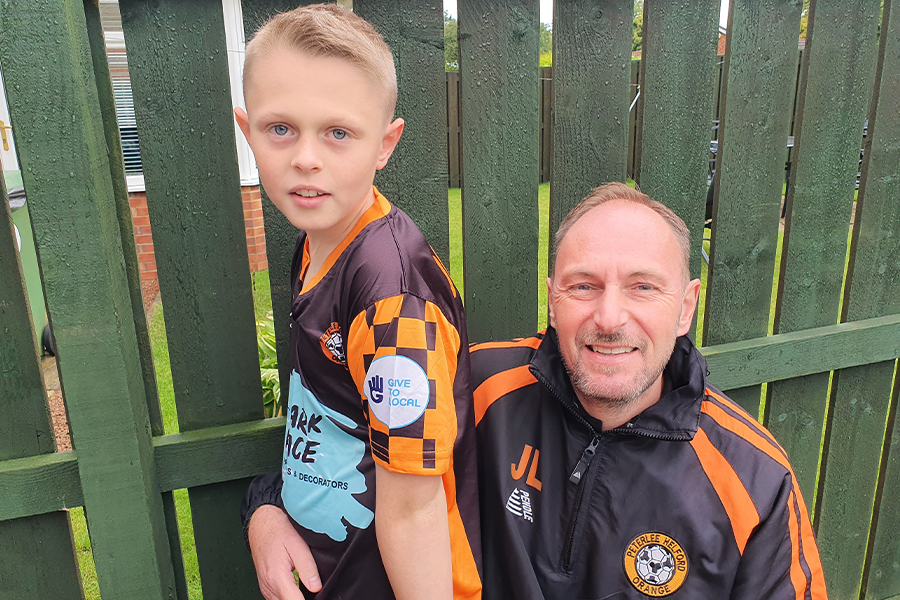 When all of grassroots sport was forced into shutdown midway through March, no-one could have predicted what would follow.

Across the UK, community sports clubs were presented with a series of unprecedented challenges.

Coronavirus meant most of grassroots sport needed to think fast, in an effort to safeguard the future of their clubs.

And whilst the last five months have been full of uncertainty, one club is looking positively towards the light at the end of the tunnel.

Desperate to lace up their boots again, Peterlee Helford are a club that has been aware of GiveToLocal since the end of last summer.

And Club Chairman James Lowery has hailed the organisation’s proactive support during a difficult time for the club.

“Most of my time since June has been spent dealing with the fallout from COVID,” said James.

“I’ve had to do so much paperwork just to get the team back to training. Additionally, the lack of income from our subs has left a big dent in our finances too.

“We’ve got money coming in now that’s above and beyond that which we would get from our subs. It’s helped cover the extra cost of things like cleaning equipment we now need because of all the new COVID regulations.

“I think, from my perspective, GiveToLocal is really starting to get its message across about fundraising in local communities.

As a Chairman on the frontline of grassroots football, James has seen first-hand the impact coronavirus has had upon teams with no form of sustainable income.

And he firmly believes GiveToLocal can help remedy this situation, helping grassroots clubs and local communities to thrive.

“Everyone needs to come together as a community, and I think what GiveToLocal do has given people in the community that push.

"It’s made it easier for them to help out.

"It’s a massive help for the us, especially in these challenging times.”

Alongside providing a platform for clubs to secure new streams of income, GiveToLocal has also offered clubs the chance to secure cash and kit vouchers through the organisation’s weekly giveaways.

With Peterlee Helford having already managed to secure two £100 Kitlocker vouchers through the giveways James recognises that they have been a source of positivity for clubs across the country.

“I think as well, aside from the financial side, GiveToLocal giveaways on Facebook and Twitter have just given everybody a little lift,” said James.

“They’re an opportunity to win something for your club and they’re really easy to enter too.

“We’ve just had a Kitlocker delivery today from one of our £100 vouchers and £100 goes far in a club like ours. Being able to secure anything extra is something we’re always grateful for as it can be a massive help to all of our teams.

“Seeing an organisation that is actively involved in trying to help clubs offering the opportunity to enter something that’s real, to get a spotlight on your team, has been something positive in months filled with bad news.”

And after seeing the benefits of GiveToLocal unfold for his club, James is now encouraging other clubs to get involved with the organisation, so they too can enjoy the benefits of the innovative service.

“That’s a massive amount for a team! The great thing about GiveToLocal is that it’s free to register so for me, there’s no reason for a club not to get involved!

“I think that GiveToLocal has given that big push to communities to help their local teams, because at the end of the day, for a club like ours, it’s the children of that community that we’re there to run clubs for.

“At the end of the day that’s why I took up coaching. To me, each session might be two or three hours of my time but it gets the kids in the fresh air, staying active and making friends - friends that could become lifelong.

“You can’t beat that as a coach, in any sport.

“I’ve still got friends from when I played football at that age and I’m 50 years old - that’s how important grassroots sport is.

“Grassroot sport brings everybody in the community together. If we lost that it would be awful.”

To register your clubs interest in GiveToLocal, click here.