Podcast Host Justin Back In The Game 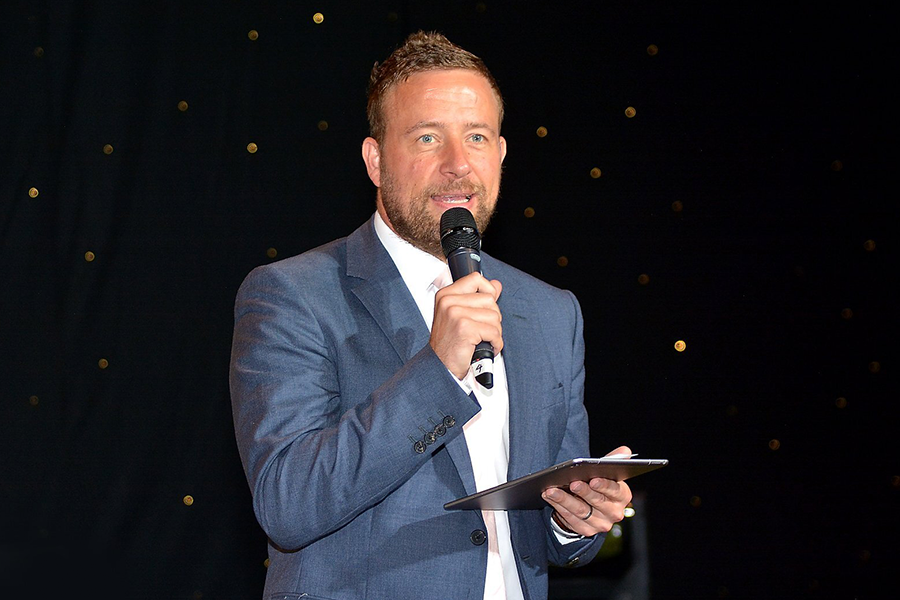 When Lockers isn’t lining up star guests for GiveToLocal from the world of sport, he’s the man behind the mic at major sporting and corporate events.

And this month he’s hosting the pre-match and half-time entertainment at three key clashes as Premier League football and Premiership rugby welcome back fans for the first time in 14 months.

“I can’t wait,” he told us. “Newcastle Falcons have two home matches before the end of the season and there will be supporters at both games.

“Newcastle United have just opened the ballot for their home game against Sheffield United on May 19 with 10,000 supporters allowed into St James’s Park.

“I’m lucky enough to be working at both venues and I’m counting down the days to all three games.

“I just can’t wait to see people back in stadiums, supporting their teams and enjoying everything that we associate with the live sport experience.

“It just seems like a lifetime ago that I was part of any kind of live event with a crowd and I’ve missed the atmosphere and the adrenaline rush.”

Justin’s caught up with big name guests on the GiveToLocal podcast including Sally Gunnell, Gabby Logan and Mark Clattenburg.

And last week he dialled in to England and Manchester United star Lucy Staniforth to get the lowdown on women’s football.

But Justin is champing at the bit to break out of his podcast booth and join thousands of fans experiencing live sport again.

“Emotionally — for those who are lucky enough to get tickets to the government’s test events — it will mean everything to experience that atmosphere and to interact with fellow fans after such a long time away,” he added.

“It will be a reminder to everyone just how important supporters are to the very fabric of live sport.

“I think we’ve come to realise that fans are a vital part of the overall experience.

“Live sport just doesn’t work in the same way without supporters creating that atmosphere and that edge.”

Justin and the GiveToLocal team are planning to meet more of the key people connected to community sport throughout the summer.

We’ll be hitting the road to tell you the very best stories from our clubs and partner organisations.

And we’re looking to connect even more businesses to the communities they serve.

“In spite of all the excellent work that’s been done during lockdown, I still believe GiveToLocal is one of community sport’s best kept secrets,” added Justin.

“But there are some big plans in the pipeline that will change all of that. Watch this space!”