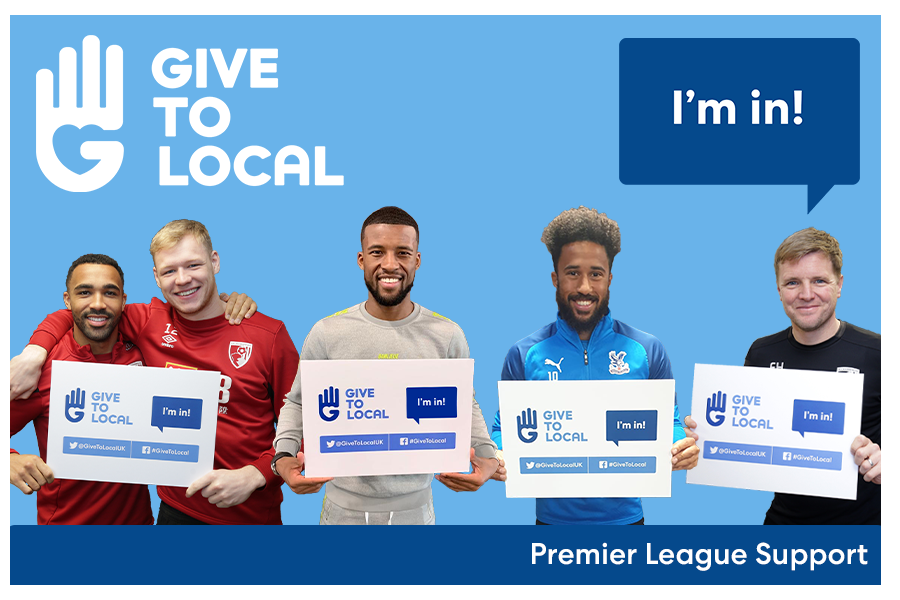 The GiveToLocal community has been boosted by the backing of a number of high-profile Premier League and Championship players at a time when the nation is being urged to come together and support sport like never before.

And Chief Executive Neil Gardiner admits that their backing will mean the world to children across grassroots football.

“To have the support of these high-profile players means a lot to us,” said Neil.

“At GiveToLocal, we will always endeavour to try and make sure that every child has an opportunity to play the sport they love without ever having to think of the financial ramifications.

“Having the support of players who have played at the highest level is amazing.

“It shows that there are professionals in the game who are willing to support and get behind our mission to put £5 million annually into grassroots football.”

Alongside the support of Premier League clubs, GiveToLocal has also received the backing of Championship clubs Blackburn Rovers and Swansea City.

And Neil’s words were echoed by Newcastle United goalkeeper Rob Elliot, who is also one of GiveToLocal’s most prominent supporters.

“Getting support from lads like Gini is huge,” said Rob.

“It just shows that there are lads out there who believe in the message GiveToLocal are trying to spread.

“Every professional player started out somewhere.

“They all started at the grassroot level so I think it’s great that so many of them are getting behind the cause.

“Hopefully the number of players getting involved will only grow and grow.”