£2m Giveaway Is Our Biggest Yet! 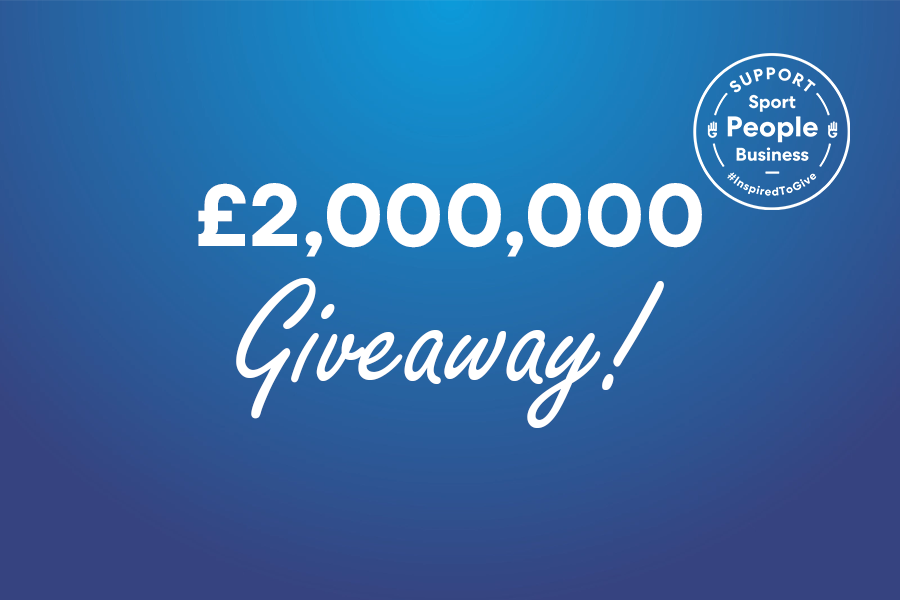 GiveToLocal has launched its biggest giveaway yet with a whopping £2m worth of vouchers up for grabs!

Yes - you read that right.

We have committed TWO MILLION POUNDS to help teams up and down the country access new kit and equipment.

More than 43,000 teams across 10 sports have signed up to our service as we set about transforming communities across the UK.

And we’re backing up the mass rollout of our user-friendly app with a giveaway that says a heartfelt thank-you for getting involved.

Right now, thousands of teams across Britain are completing the GiveToLocal registration process and putting themselves in pole position to generate extra income.

But how about we give you some added encouragement?

Every team that has already completed a full registration - and hit its initial 30-donor target - automatically qualifies for a £100 voucher.

And we have committed to 20,000 of those vouchers.

So that means 20,000 teams will pick up £100 worth of kit - simply by bringing on board 30 donors and kickstarting a new era of fresh fundraising.

“We’re about much more than giveaways,” said GiveToLocal co-founder and CEO, Neil Gardiner.

“But we know how much these mean to all of our teams and the volunteers and parents who are keeping clubs going under very difficult circumstances.

“So we wanted to keep going with the giveaways and, at the same time, encourage our teams to fully embrace the support on offer.

“By following a few simple steps clubs can start to bring in extra income every year.

“By bringing on board 30 donors, we have proved that a team can generate an average of £2,000 per year.

“So we’re challenging those teams already registered to show us what you can do.

“The people supporting your team can see how their generosity is having a positive impact and they get something back in return. It really works and it’s why we’re here.”

GiveToLocal is here to deliver sustainable income to teams and clubs across the UK. And if it sounds like a completely new concept for grassroots sport then that’s because it is - someone had to be the first to create it!

As an organisation we’re all about achievable outcomes.

From day one we set about developing a model that was designed to generate an additional £2,000 per year for every registered team.

That model is working right now for those teams that are fully live, active and engaged with our service and support.

And thanks to the backing of big-name internationals from across the world of sport we’ve been able to spread the word and spread some much-needed positivity and optimism.

“We’re in a position to make a really powerful statement and have a really positive impact on community sport,” added Neil.

“The GiveToLocal journey goes back for more than three years now. Our model has been thoroughly tested and we know it fits the bill.

“The £2m giveaway is a chance for all of our teams to focus on what we can do for them, day in day out, week after week, year upon year.

“Starting next week, we’re running multiple webinars every week to demonstrate just how easy it is to begin generating the extra income that could make a world of difference.”

Every team qualifies for the £2m giveaway - meaning many clubs could benefit to the tune of thousands of pounds.

“In simple terms it’s a win-win situation. It’s our way of giving back to all of those clubs and teams that believe in what we’re doing, have worked with us to create a new community and believe in their own potential.

“But hundreds of new teams are registering every day and we have had to cap the number of £100 vouchers at 20,000. So get in there quick and get ahead of the game!”

Details of GiveToLocal’s weekly webinars will be released next week.

Don’t forget to check in with Justin Lockwood on our Facebook page for the latest giveaways and links to what’s happening across the GiveToLocal community.