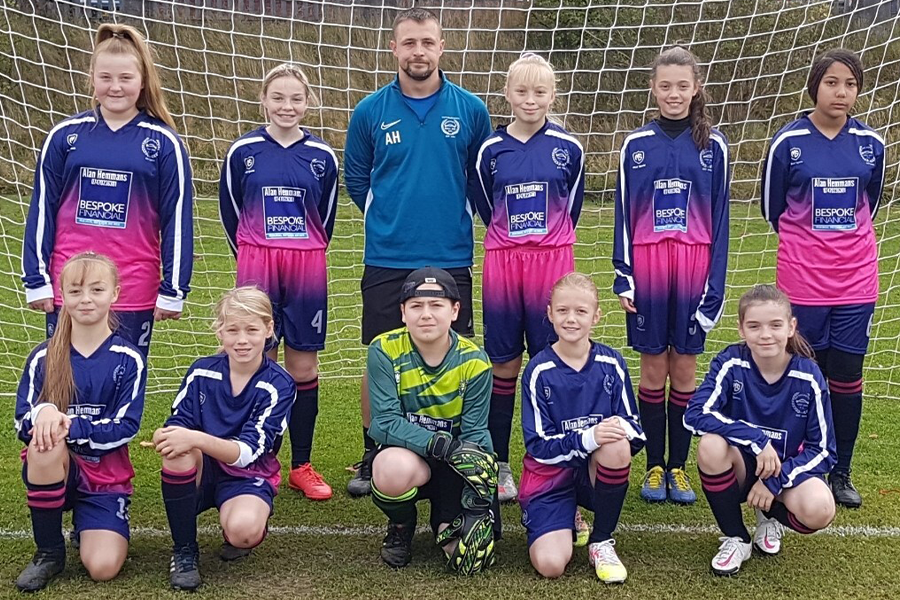 Sam was randomly chosen after players, coaches, parents and volunteers from all over the country entered the giveaway on our Facebook page.

And by simply following the simple steps in the giveaway post she bagged her club £500 worth of kit.

But it was head coach Andrew Heslop who spotted that their team had won.

And he quickly messaged Sam to give her the good news.

“It was a huge shock to be honest – a happy shock!

“The £500 voucher will be a great boost for us. We’ll be spending it on things like training equipment and winter wear as the training sessions start to get colder.”

picking the team up after their parent club moved out of the area.

“This is our second season as a new team,” explained Andrew.

“We’ve always had high attendances because more and more girls want to play.

“I think grassroots football is the same as anything else - if a boy has got the opportunity to play then why can’t a girl too?

“A lot of girls, capability-wise, are just as good as the boys.”

Newcastle West End has been hit hard by lockdown restrictions after social distancing rules brought all fixtures to a halt earlier this year.

“Lockdown’s been a bit of a nightmare for us,” said Andrew.

“Two of the players on the team are my daughters and they’re really passionate about football. So, they’ve just constantly wanted to go out and play a game but there’s been nowhere to go.”

With grassroots football tentatively making its way back across the country, while cautiously following guidelines that can be subject to change, Andrew is confident GiveToLocal’s innovative service can be the catalyst that gets his team back on their feet.

“We’re already signed up to the service and have lots of ideas lined up to get our fundraising going.

“We’re excited to put things in motion and to have that £500 voucher to kick things off is amazing.”