Rachael Bland Goes Back To The Future 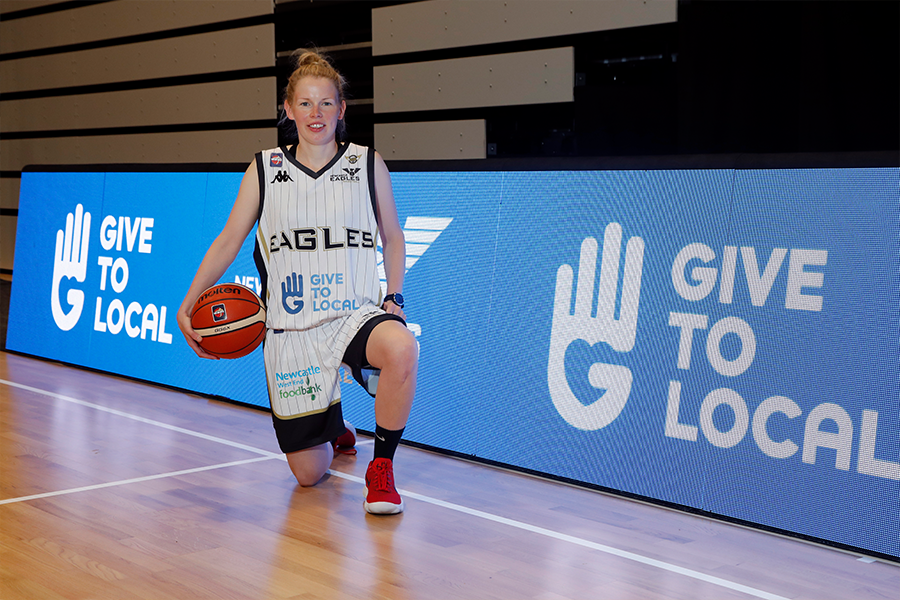 At the launch of GiveToLocal’s brand new partnership with British basketball’s most decorated team, the Newcastle Eagles, WBBL star Rachael Bland talked about the importance of grassroots sports.

GiveToLocal: The Eagles have just announced their partnership with GiveToLocal - rewinding back to your own grassroots days, where did you get your start in basketball?

Rachael Bland: I started at my secondary school in Washington. A coach came in called Mark McLaren and he just instilled the love for the game in all of us. We were a group that weren’t very good at first and he got us in ship shape condition in a couple of months. Then we went on to the Schools League, which the Eagles were involved with. We actually got into the finals and Susan Hunter, from the Eagles Community Foundation, spotted me and invited me to the local youth league (CBL). From there I just built up some momentum, made links with people, managed to get into some under 18 teams and then I went off to university and came back. That’s pretty much how I got my start in the sport.

GTL: How important was it to have sport as an outlet growing up?

RB: It was huge! Just having the facilities and the equipment was a great start. You find a court, you pick up a basketball and you just get going. From day one I found it so enjoyable. But without that initial encouragement - and if I’d never got the opportunity to pick up a basketball - I would never have found this sport that I’ve now truly fallen in love with. It’s huge just having people willing to spur on the younger generation and instil that love of the game into the next generation. It’s amazing.

GTL: Were there many opportunities for women’s basketball to flourish in the North East when you were just entering the game?

RB: When I first started I didn’t really know any women’s teams at all. My school team was an all-boys team plus me! So, that’s how I got started. I was about 15. I started fairly late but I picked up a basketball with an all-boys team, went on to continue with an all-boys team in the CBL and then joined another all-boys team at Tyne Met College under Marc Steutel! There was one girls’ team at the college but it was a mix of three basketballers and four netballers so it wasn’t a great team. Luckily, I played on the men’s second team. Then it wasn’t really until I played with a National League team that I experienced the female side of the game and it was the same at university. I can confidently say that it is now growing substantially in terms of female involvement, especially in the youth age groups, compared to when I was younger. I welcome that progress with open arms.

GTL: Do you think there’s more awareness now of women’s basketball at a youth level?

RB: I do. I think having the Newcastle Eagles franchise is huge. We take immense pride in the fact that the WBBL team is the figurehead a set-up that shows girls, women and boys that women’s sport is thriving. Obviously, we love seeing young women in the stands but we want boys there too, taking it in and seeing it flourish. Having these institutions is huge in spurring on the younger generation and showing them they can find success in sport if that’s what they want. Younger girls are more likely to drop out of sports but there are more opportunities to keep then playing into adulthood.

GTL: As well as the sport side of things there’s the social and community aspect that comes with grassroots sports. Was that something that attracted you to sport as a youngster?

RB: I used to play football in my youth and I was 15 before I transitioned to basketball. I met some great people along the way in football but when I stepped into the arena of basketball it was just a whole new family-friendly environment. It was welcoming and that team comradery was second to none. The way the fans get behind you here and make you feel like you’re a part of a family is just great. When you hear them on the court it just gives you that extra lift and that extra pick up. That doesn’t just happen in the WBBL - you see it in the youth programmes here and at the Eagles School of Excellence. We try to get to the Under 14s and 15s games as often as possible to reinforce that family feel. They come to our games and whenever there’s basketball on the girls in the WBBL try to get there and show some support.

GTL: Finally, if you could give some advice to young women taking their first steps into the game, what would it be?

RB: Just enjoy it. Take every opportunity that comes your way and get involved. If you take the first step then the rest will follow. That first step is sometimes the hardest to take but there’s lots of enjoyable experiences there for you along the way if you take the plunge.