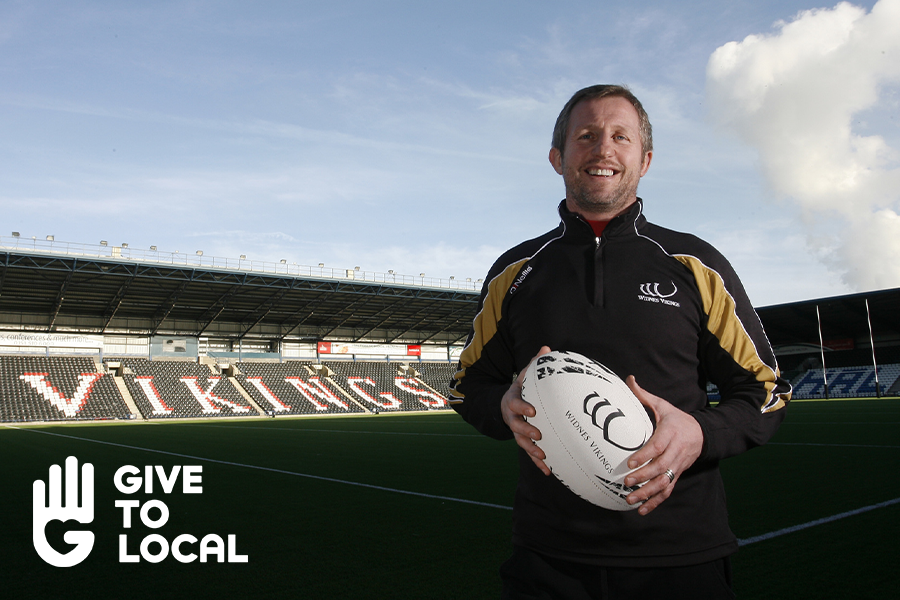 Most mornings this week you’ll find Denis Betts weaving his way through the streets of a sleepy Lancashire village delivering bread and milk to isolated neighbours and families in need.

It’s a far cry from bursting through defences on some of Rugby League’s biggest stages or tackling fierce rivals for club and country.

But if dropping off a loaf isn’t quite as challenging as touching down for a try, then Denis’s safe pair of hands is perfect for the job.

“I run a post office and shop - which was also used as a café before lockdown - with my wife,” he explained.

“We’re based in a little village in West Lancashire called Newburgh and there’s a mix of young families and an ageing population here.

“I put out a flier the other week asking if anyone needed any essentials delivering during lockdown and the response has been incredible.

“I’m focusing on who’s isolated and who needs help and making sure they get that help when it’s needed.

“Every morning now I’m doing a round of deliveries and it’s put the post office and shop right back at the heart of the community.

“I hope that’s going to continue long after we’re out of lockdown because that’s what we’re here for - to serve and support our local community.

“There’s no money in delivering eggs and milk but there’s plenty of goodwill! And that’s what it’s all about.”

And that’s why the former Wigan favourite and Great Britain star is the perfect fit as we move towards supporting more Rugby League clubs across the UK.

Now Director of Rugby at ambitious League One club Newcastle Thunder, the ex-Man Of Steel needs no reminding of the value of community sport.

And Denis added: “Grassroots sport and all the stuff that goes with it has had a hugely positive impact on my life. If I’d never had grassroots sport in my life then I don’t know what I would have had.

“For much of the time I was at school the teachers were on strike and so there were no after-school sports.

“But I played Rugby League for the local community club and that was my escape.

“I was very fortunate that when I was 13 I was spotted playing for Lancashire Under 13s and that’s when I was invited to play Rugby League at Leigh Miners.

“It only takes around 20 minutes to get from Salford to Leigh but when you’re a 13-year-old kid it seems like a world away. It felt like it took forever to get from home to Leigh! My mum didn’t drive so my coach used to pick me up and take me to practice. At junior level Rugby League gave me an instant community and I loved that.”

Denis revealed he will always owe a debt of gratitude to the grassroots coaches who steered him through his junior years.

And he insisted that community sport could not exist without a willing and able army of committed volunteers.

“It’s fantastic that GiveToLocal is in a position to support those people,” he added.

“Had it not been for my coach - who was willing to pick me up and bring me home when I moved to Leigh - then I wouldn’t be where I am now.

“And you hear about those people in grassroots sport all of the time. Grassroots sport became my escape from a pretty depressed area in the middle of Salford and I threw myself into football, five-a-side football and Rugby League from an early age.

“Everywhere I looked there were people with so much passion for their sport and they weren’t getting paid a penny.”

Denis remains optimistic that the post-COVID-19 picture will see community sport continuing to play a key role at the heart of local communities.

And he added: “You look at any grassroots club and you see the faces of the mums and dads and you see what it means to them to have their kids involved in community sport.

“It’s often where their children will learn the value of team-work, focus and discipline - for some of these kids it’s the only place they’ll learn those things.

“Grassroots sport teaches kids how to work together and teaches them how to cope with adversity. It’s invaluable to every local community up and down the country.”

Denis is right behind Newcastle Thunder’s mission to position the club at the heart of the North East’s enthusiastic Rugby League community.

And whether he’s at home in Lancashire or spreading the word on Tyneside, one of the sport’s most famous faces will always support the game at grassroots level.

“People feel part of their community through an involvement with grassroots sport,” he added.

“These are people coaching and playing for the love of the sport. There’s such a strong focus on making it to the top and competing at elite level and I think the pure joy of playing sport with your team-mates has been overlooked in recent years. Being in lockdown has focused people’s minds and reminded them of what they’re missing in that respect.

“Grassroots sport is all about people with a genuine passion for their game and a desire to see it succeed.

“It’s more important than ever that we don’t lose these people and let their clubs disappear during the coronavirus crisis.

“You won’t have grassroots sport without these people and that’s why GiveToLocal’s #InspiredToGive campaign is so important.”