Scotland Star Gets Behind GiveToLocal 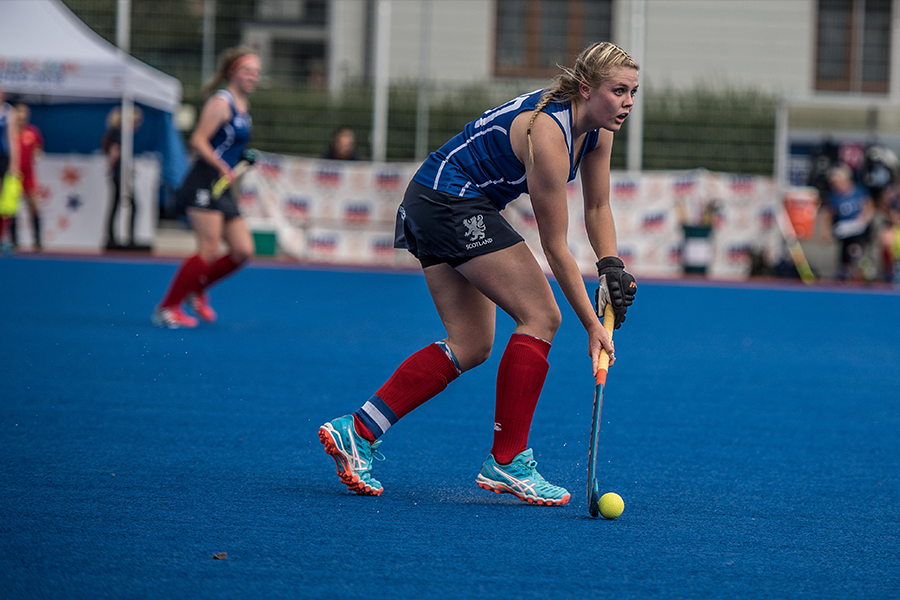 Kerry Anne Hastings was always destined to represent her country.

It was never a question of when but more about what.

Father Scott and uncle Gavin played Rugby Union for Scotland and the British And Irish Lions.

Mum Jenny raced for the Scots as a middle-distance runner.

“I did a little bit of everything as a child,” revealed the 24-year-old Master’s student.

“Tennis was the first game I tried. I was five or six at the time but I was no Andy Murray!

“By the time I started school I got hooked on cross country.

“And at around the same time I joined the Murrayfield Ice Skating Club.

“I’d been inspired by John and Sinead Kerr who went on to represent Great Britain at the Winter Olympics.

“I tried gymnastics but picked up an injury which meant I couldn’t do that again!

“And when I was around eight I played hockey for the first time. Corey had joined an Edinburgh club called Cala Hockey and I followed him through the door.

“By the time I was 11 or 12, hockey and athletics were my main focus. I was doing one or the other almost every night of the week and I loved it.

“Grassroots sport was such a big part of my childhood. I tried so many different sports but the one thing they had in common was the commitment of the coaches and the volunteers.

“Without those people I wouldn’t be where I am now.”

The coronavirus pandemic permitting, she will be part of the squad set to take part in next summer’s Euro Hockey Championships in Holland.

And in 2022 Kerry Anne has set her sights on the Commonwealth Games in Birmingham.

But since March, the Durham University postgraduate student has been ploughing a lone furrow as a result of COVID-19.

“Our training has completely changed,” explained Kerry Anne. “We’ve had lots of sessions to do at home and we’re working within the government guidelines. I’m just looking forward to getting back on the pitch and playing for Durham and Scotland again.”

As a would-be teacher, Kerry Anne continues to take a keen interest in community sport and its benefit to the health and wellbeing of families.

And she believes GiveToLocal can provide a welcome boost to the sport she knows and loves.

“Hockey has often been difficult to access for those from less privileged backgrounds due to the cost of equipment,” she added.

“I was very lucky that my parents could afford sticks, shin pads and mouthguards - as well as the playing kit - for me and Corey when we played junior hockey.

“Clubs do try to raise the money required to provide free-to-use equipment for everyone but it’s not easy.

“And if GiveToLocal can help those clubs to secure sustainable income then the knock-on effect will be that hockey becomes more accessible to a greater number of kids.”

Increasing participation is one of Kerry Anne’s passions.

And she believes grassroots sport is a passport to a whole new world of opportunities - on and off the pitch.

“There are so many benefits to becoming a member of a community sport club,” she added.

“I made friends outside of school who became friends for life.

“I met kids from different backgrounds and realised we were all the same - we shared the same core values and the same level of commitment.

“Sport brought us together.

“Looking back, being a part of that diverse community allowed me to go out into the world with confidence.

“Grassroots sport - whether it’s about communication, teamwork or striving for success – provides you with a full range of life skills.”

Hockey, in particular, taught Kerry Anne the value of self-control and a sense of responsibility.

“Let’s face it - when you have a stick in your hands you can be very dangerous,” she added.

“Hockey forces you to be in control, practice caution and be aware of those around you.

“To do that within a competitive environment is a real challenge. But it’s a challenge I love.”