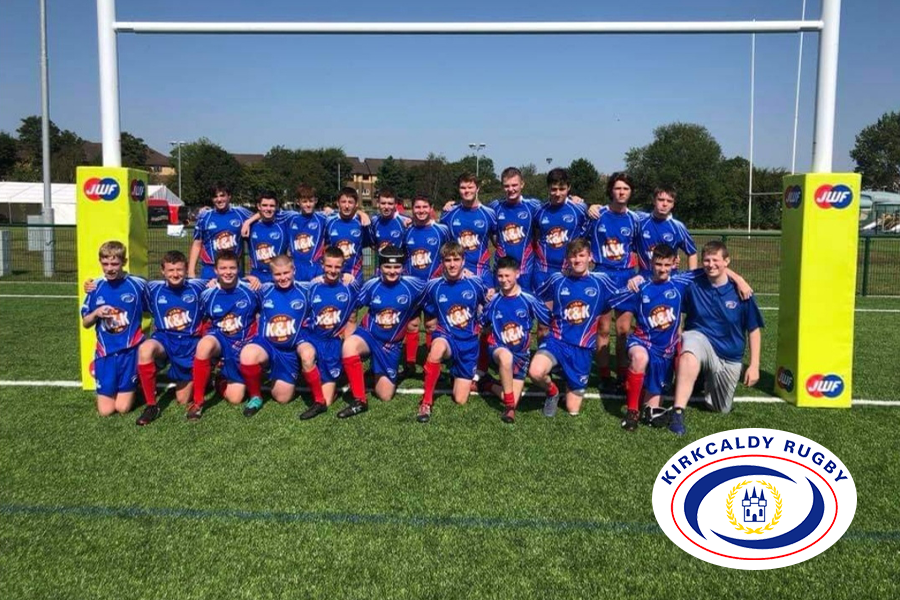 When the outbreak of COVID-19 across the UK led to the postponement of all community sports, Kirkcaldy Rugby Club knew they had to act.

Based in Fife, on the east-coast of Scotland, Kirkcaldy view themselves as a pillar of the community, with the club playing a vital role within the town.

Following the UK-wide lockdown, the club moved to keep both members and the wider Kirkcaldy community engaged through a number of different platforms.

Alongside the regular home workouts that the club send out to keep people fit and active, members have kicked off an exclusive podcast, with a number of high-profile guests already in the offing.

And board member Stuart Oliver believes that Kirkcaldy RFC has an important role to play in the coming weeks and months as they look towards the future.

“We’re very much a community club and we’re open to anyone who wants to be a part of our family,” said Stuart.

“We're quite wary too that we've got kids from as young as three to senior adults who are part of the club, so we're trying to engage with everyone as much as possible.

“We've been sending out weekly updates and using some of our contacts at the club to do a club podcast with the likes of Murray McCallum, a Scottish International who plays for Edinburgh Rugby.

“One of the big things for us, right down to the primary school level, is trying to keep people fit and active too. We've been sending out daily workouts that everyone can do at home.”

COVID-19 has created a number of issues for Kirkcaldy.

And despite the club trying to channel all their efforts and focus into supporting the local community, Stuart admits that coronavirus has already hurt the club financially.

“From a finances point of view, it’s been tough,” he added.

“Around April we still had about three or four home games left which would have provided the club with sponsorship money.

“We were also due to have a ladies’ day at the club alongside our annual 7's tournament - traditionally during the middle of April.

“At this time of year we’re looking to bring some extra money in to cover us over the summer.”

Just over a fortnight ago, GiveToLocal announced our #InspiredToGive campaign in an effort to try and bring clubs, businesses and communities together.

As part of the campaign, we also launched our 21 days of giveaways - giving sports clubs from across the country the chance to secure a number of lucrative cash and kit boosts.

And after Kirkcaldy received a £100 Kitlocker voucher as part of the giveaways, Stuart is keen to capitalise on his club’s good fortune.

“I was speaking to Gordon [Knight, Giveaway recipient] about the voucher the other day and I think it'll be really good for us,” he added.

“We were thinking of asking the boys about what they want to put it towards – maybe some new kit or some new equipment.

“We’re looking forward to seeing what they choose and it’ll really benefit them.”

And with the organisation’s demographic growing amongst grassroots rugby clubs, Stuart believes that GiveToLocal is something that could benefit clubs across the UK.

“I've seen a lot of the feedback GiveToLocal has had, especially through social media,” said Stuart.

“The consensus I've seen from grassroots football seems to be that GiveToLocal are very supportive of these clubs, providing them with the support and assistance they need.

“I think it's certainly something that clubs should get involved with. You've got to explore all your options, especially at a time like this.

“If someone is offering support to clubs in any sport at grassroots level it’s beneficial right now. It’s very hard for all of us at the moment.”