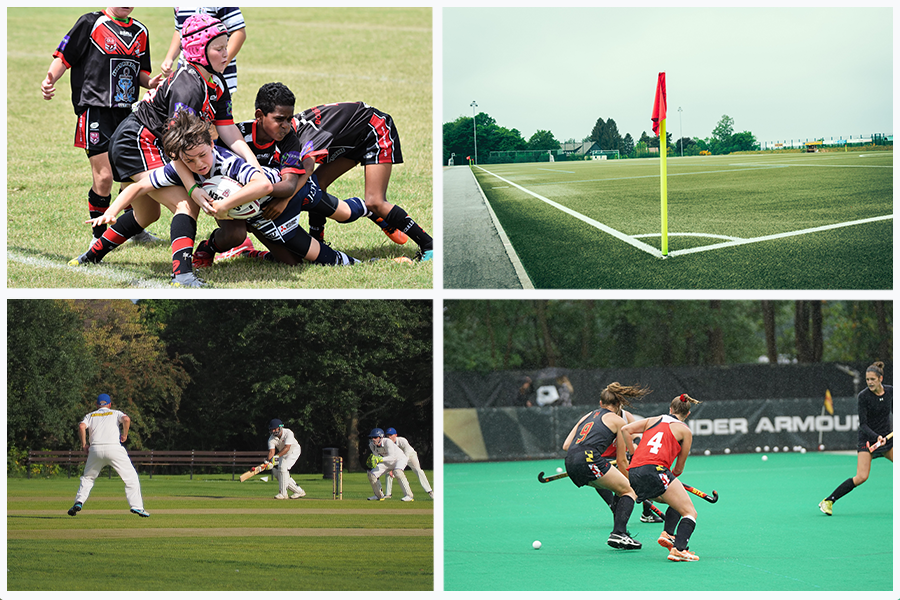 After months in hibernation as a result of COVID-19, a number of community sports have been given the green light to return to action.

When Prime Minister Boris Johnson announced the implementation of lockdown restrictions on March 23, no one could have foreseen how long the shutdown of grassroots and community sport would last.

And after a prolonged period away from their pitches, fields, halls and courts, community sports clubs are finally beginning to resume activities.

One of the first sports to get back underway is cricket, which returned to action last week.

And ahead of the start of their senior season this weekend, Backworth CC committee member James Morgan is delighted to see people getting back into the swing of things.

“We’ve had no issues since we were given the go-ahead to stage games again this month,” said James.

“But there’s a huge amount of work that goes into preparing the ground for a game in the post-lockdown era.

“Normally we’d carry out a risk assessment at the start of the season but now it’s every week and for every game. It takes quite a while to get set up and to ensure that everyone knows who is allowed to handle what and where they can go.

“But it’s great to see people playing cricket again. We haven’t seen too much of a drop-off in terms of numbers at practice which is a positive.

“Training has got to be more inventive and creative than ever before but our coaches are doing a fantastic job keeping the juniors involved and engaged.”

Alongside cricket’s return, grassroots football clubs have also been given the green light to return to action.

Last week, the Government approved the FA’s plan for the return of competitive grassroots football.

And Kent based Real FC’s Jenny Thomson admits that she was over the moon when she heard that football was resuming.

“My son Jack is football mad, so we were both delighted when we heard that football was returning,” Jenny explained.

“At the moment, our club has been running small sessions for kids and with the summer holidays starting this week, they’re also running a number of holiday clubs to help parents out.

“All the kids have missed playing with their friends so much. For Jack, football was such a big part of his life. Before lockdown, he was training on Monday, Tuesday and Wednesday as well as having a match to look forward to at weekends.

“To go from so much football to none for a few months was really hard for him.

“But now that we can resume our activities, we can’t wait to get back to normal!”

And Jenny’s son Jack is not the only Thomson left feeling excited by the return of community sport.

“My daughter Ava loves to play Netball and her club have just started back up too,” she added.

“So far, their return has been a little slower because obviously in netball, all the players are handling the ball.

“So they’re all training outdoors at the moment and they’ve done a lot of work that’s been primarily focussed upon their fitness and individual skills.

“Sometimes people don’t realise how important PE can be to kids.

“So, as a family we’re all delighted to be returning to play!”

Whilst the guidance for some sports to return is clear, other sports are still facing some uncertainties about their return.

For more guidance about the resumption of your sport visit: https://www.sportengland.org/how-we-can-help/coronavirus/return-play